The curse of the tent: Gaddafi warned us, but we didn't listen 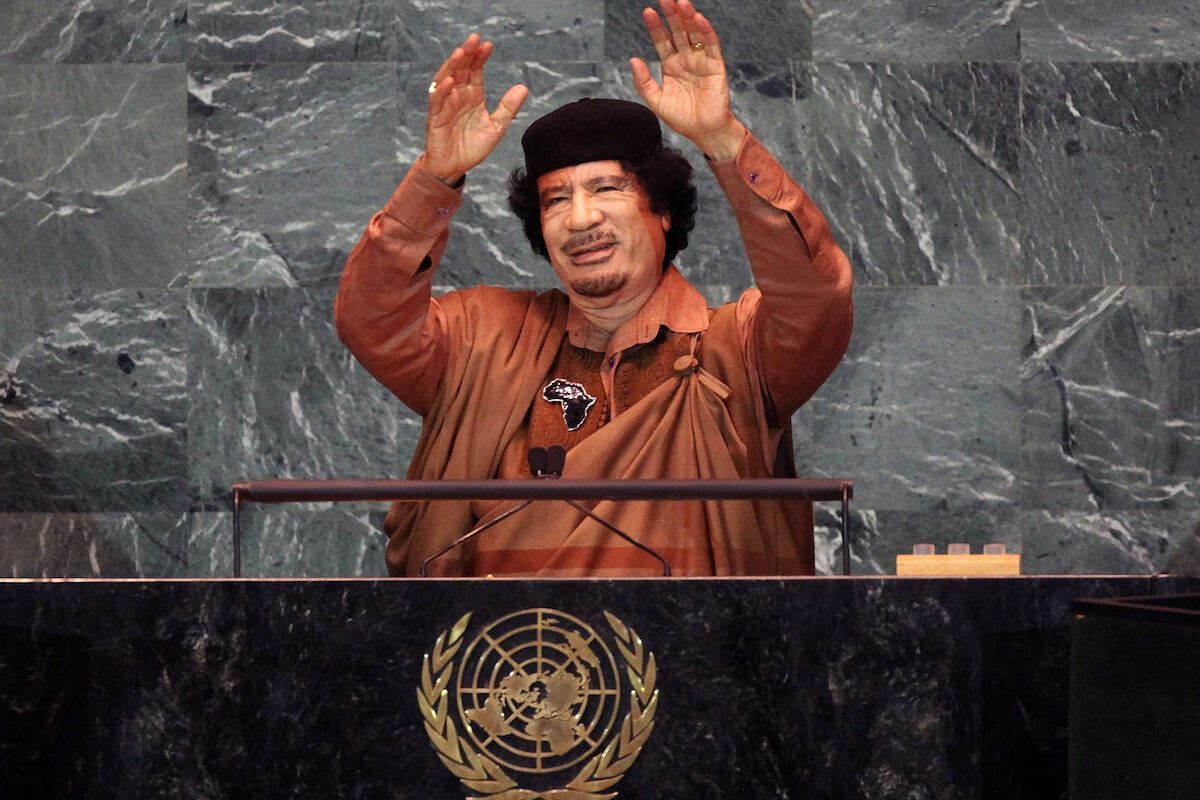 If the late Muammar Gaddafi came back from the grave he would immediately recognise the new Libya, despite having never seen it. He predicted almost everything that is occurring in his country today. In some instances, his predictions were so vivid in detail, as if he was watching them unfold.

Before making his last stand in his hometown of Sirte, the late Libyan leader delivered a rather short speech while still in Tripoli. In his 21 August, 2011, recorded message he urged his people to fight on, promising to "fight" with them until the last "drop of blood". He pointedly mentioned oil as the main target of the "invaders and their agents". Gaddafi delivered on his promise, and died standing in his hometown on 20 October, 2011. He always believed that the West was after the country's oil.

The latest idea now being discussed as a way to settle the nine-year-long conflict in Libya includes proposals to share the wealth of oil in the absence of any central fully-sovereign government in the country. It is another nice way of siphoning the country's wealth in unaccountable ways.

However, Libya's oil-producing region is currently out of the control of both administrations—Tripoli's Government of National Accord (GNA) and Al-Bayda city in eastern Libya, where the parallel government is based. Russian mercenaries from the Wagner Group are in control of much of the oil fields. The mercenaries are fighting alongside General Khalifa Haftar's Libyan National Army (LNA).  Since January of this year, the oil-exporting terminals on the Mediterranean coast were shut.

READ: The visitor that nobody invited and everybody hated

Remembering Gaddafi's speeches during the NATO attack that toppled him in 2011, many Libyans feel that they are cursed, not only by him, but by the iconic tent—destroyed by an angry mob— after standing in his headquarters throughout his 42-year reign. Instead of preserving it as a souvenir, the entire compound was bulldozed after the tent was looted from the little furniture it had.

Libya, today, does not have any real say in its own future, let alone deciding on fundamental issues such as its oil wealth and how it is to be used. Even the routine audit of accounts of its Central Bank is being decided by foreign powers.

Since General Haftar's one-year-long campaign to take Tripoli from the GNA collapsed last May, those calling the shots in this proxy war are the Russians, Turks, Egyptians, and Qataris to a lesser extent. Even the United Nations' mission to the country intended to facilitate dialogue among Libyans, however, it is increasingly being sidelined since its head Ghassan Salame resigned last March.

Even political initiatives to bring about some sort of solution are progressively being made by foreign powers, with conditions designed to serve their own interests. In the last month or so, Turkish officials including the president, took the roles of part-time spokesmen in different capacities, on behalf of the GNA in Tripoli. The GNA gained the upper-hand in the latest round of violence, thanks to thousands of Syrian mercenaries brought into the conflict by Ankara. Ankara also provided military expertise and equipment to help defeat the LNA forces.

On the opposite side, supporting Haftar, are Russian mercenaries with fighter jets and missile systems. These can only be provided by the Russian state, even though Moscow denies any involvement in the bloody conflict.

Now that the LNA has retreated to the Sirte region close to the oil-rich area of Libya, the Turks see the big prize—oil—but cannot yet reach it. What they are proposing, is that Haftar and his forces leave the area so that Ankara and its proxy, the GNA, can take control of the oil cash they desperately need.

But Haftar is very unlikely to leave the region, extending from Sirte in the north to the Jufra oasis, some 300 kilometres deep in the desert. But again, Haftar is no longer the master of his own fate. His supporters: Moscow, Cairo and Abu Dhabi, are the ones who really have the final say, and they are currently trying to reach some compromise. When that happens, Haftar will have only one choice— accept whatever is proposed, or continue on his own. We are not yet at that stage, and Haftar's backers are not homogenous in their goals and long-term interests in Libya.

This means that even if he rejects what the Moscow-Ankara talks produce, others like Abu Dhabi are not yet prepared to give up on him in the absence of a credible alternative. At the same time, his main local supporter, Speaker of Parliament Aguila Saleh, based in Tobruk, is trying to work out some sort of deal that is likely to save Haftar, while propelling Saleh to the top interim job of head of state.

The latest meeting on 11 August in Cairo between Saleh and the US Ambassador to Libya Richard Norland, is a notable development. The US is alleged to prefer some kind of freezing on the conflict until after the presidential elections scheduled for 3 November. During the election year, US foreign policy is on hold, and particularly with regards to Donald Trump, Libya is not a top priority.

Was Gaddafi right in predicting the fate of his nation? Events since his murder are a stark reminder that he, indeed, was. Furthermore, many observers still remember his remarks before the Arab League summit in Damascus, Syria, in 2008. Criticising Arabs' lack of action after the hanging of Saddam Hussain in Iraq two years earlier, Gaddafi told his colleagues that: "Their turn [to be toppled and hanged] could be coming and it could be any one of you… America could agree to hang us one day."

In fact, Gaddafi predicted his own demise years earlier. In a short story he penned, entitled Escape to Hell, he described how he feared the "tyrant" masses once they revolt.