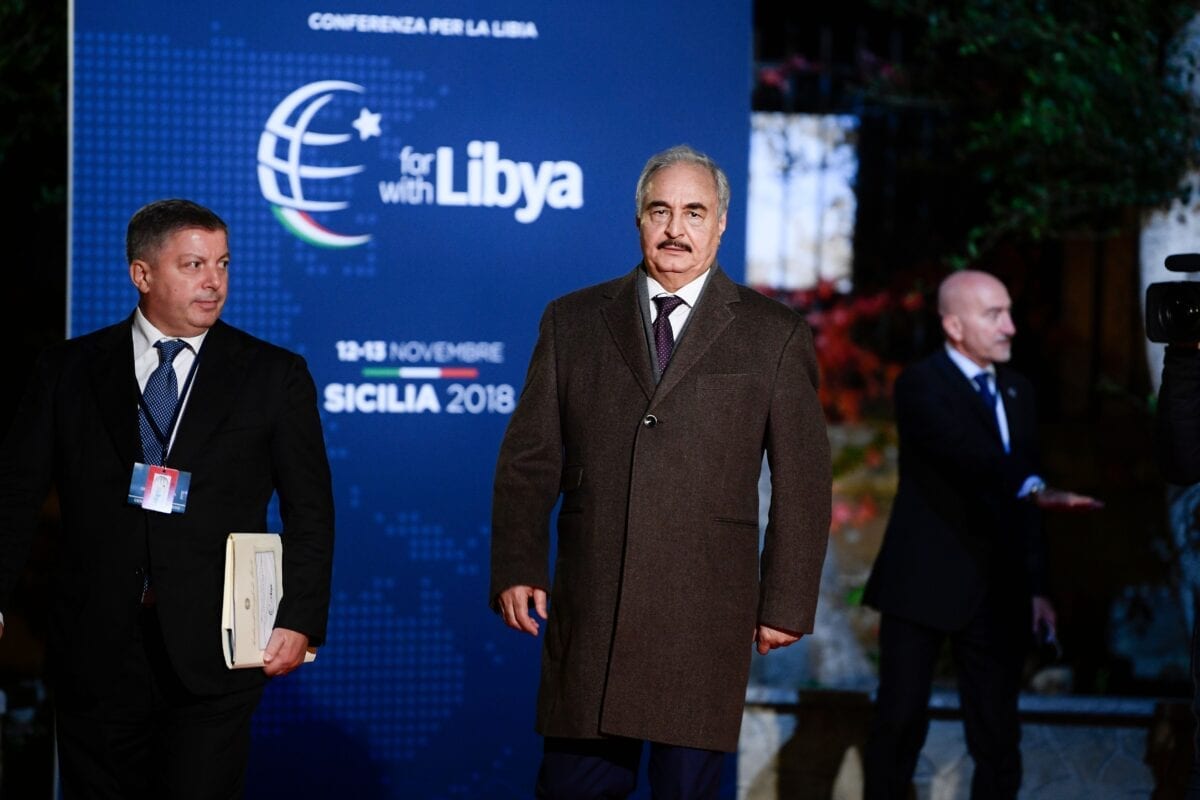 The complaint, the third filed in a US court against the military commander, is linked to 2016-2017 siege of the Libyan district of Ganfouda, which had been encircled for months as Haftar waged a years-long military campaign to drive Islamist-led opponents from eastern city of Benghazi.

The fate of civilians trapped in Ganfouda had been a major point of contention, with the United Nations and international human rights groups calling for them to be granted safe passage amid allegations of human rights abuses by both sides.

The criminal complaint, filed in the Eastern District of Virginia, seeks compensatory damages from Haftar, who is a US citizen and previously lived in Virginia, according to media reports. Lawyers for the Libyan families also wrote a letter to Attorney General William Barr, calling him to launch criminal proceedings against Haftar.

"Mr. Haftar and his forces, which are being supported by countries such as Russia, have been accused of horrific war crimes and crimes against humanity by respected international organizations across the world," the families' lawyer said in the letter.

In the complaint, plaintiffs detailed how Haftar's forces, during their assault on Ganfouda in 2016-2017, repeatedly struck their block by shelling and air strikes, preventing their safe evacuation.

Duncan Levin of New York law firm Tucker Levin PLLC, who represents Haftar and his sons, had no comment on Friday.

Libya descended into chaos after the NATO-backed overthrow of long-time ruler Muammar Gaddafi in 2011. Since 2014, it has been split into rival camps. An internationally recognized government and allied armed factions control the northwest, while Haftar's LNA holds sway over the east.

Haftar is supported by the United Arab Emirates, Egypt and Russia, while the internationally recognized government is backed by Turkey.

President Donald Trump's April 2019 phone call to Haftar raised questions about where Washington stood on Libya. Months later, the United States began to openly oppose Haftar's Tripoli offensive, express its discontent against Russian involvement and called on all external forces to stand down.