Official: UAE to open embassy in Israel in 3-5 months 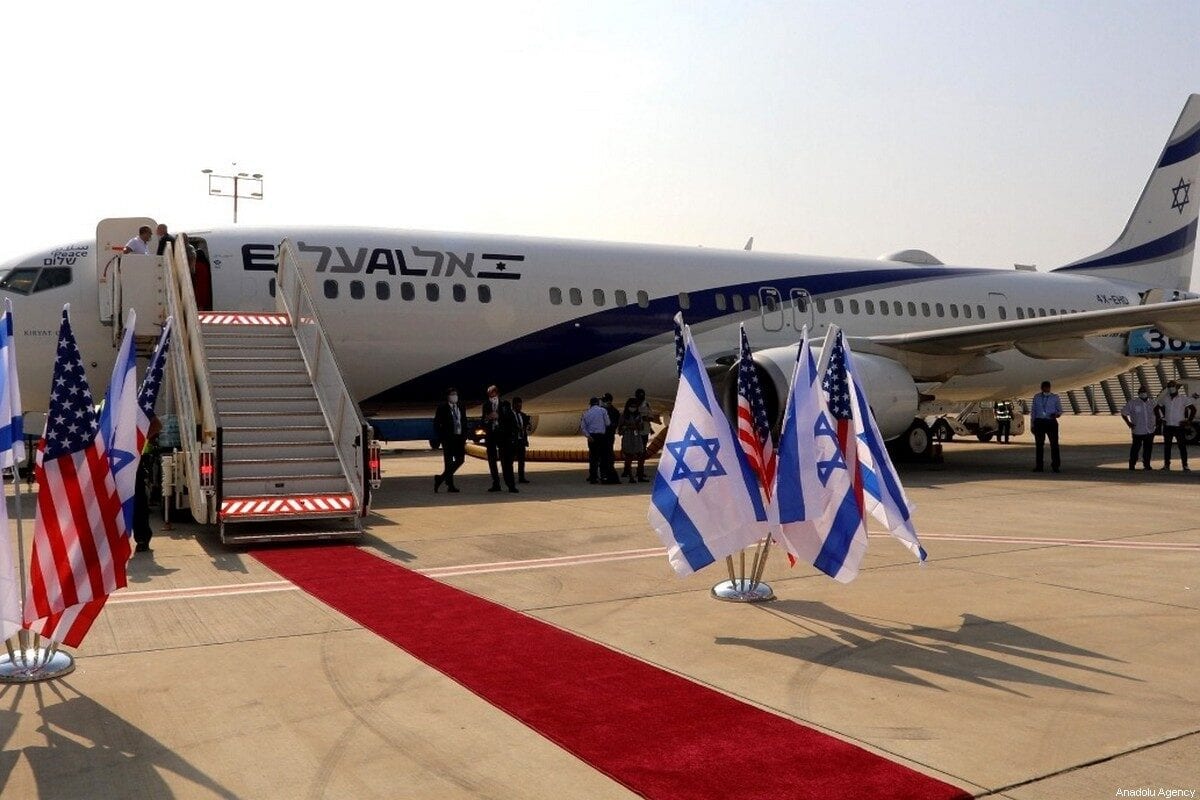 A senior Emirati official has said that his country will open an embassy in Israel within three to five months, according to an Israeli daily on Friday, Anadolu Agency reported.

Israel Hayom quoted an unnamed UAE Foreign Ministry official as saying: "I think the Israelis will be able to obtain travel visa to the UAE from an embassy that will open in Israel after three to five months from now."

Earlier this week, the Israeli Foreign Ministry announced that officials from both sides discussed opening embassies in Israel and the UAE during talks that took place in Abu Dhabi with the participation of US officials.

The same Israeli newspaper also quoted the Emirati official as saying: "Abu Dhabi is considering opening a consulate in Haifa or Nazareth that works alongside the embassy in Israel."

READ: There are winners and losers in normalisation with the occupation state

He added: "We aspire to a peace agreement with Israel, but peace is in reality with all Israelis, and it is very important for us to be available to the Arab population of Israel, whom we consider an important partner for warm peace."

On Monday, the first Israeli commercial flight landed in Abu Dhabi as a practical step in implementing the normalisation deal with Israel, also passing over Saudi airspace.

On Aug. 13, the UAE and Israel announced a US-brokered agreement to normalise their relations, including opening embassies in each other's territory.