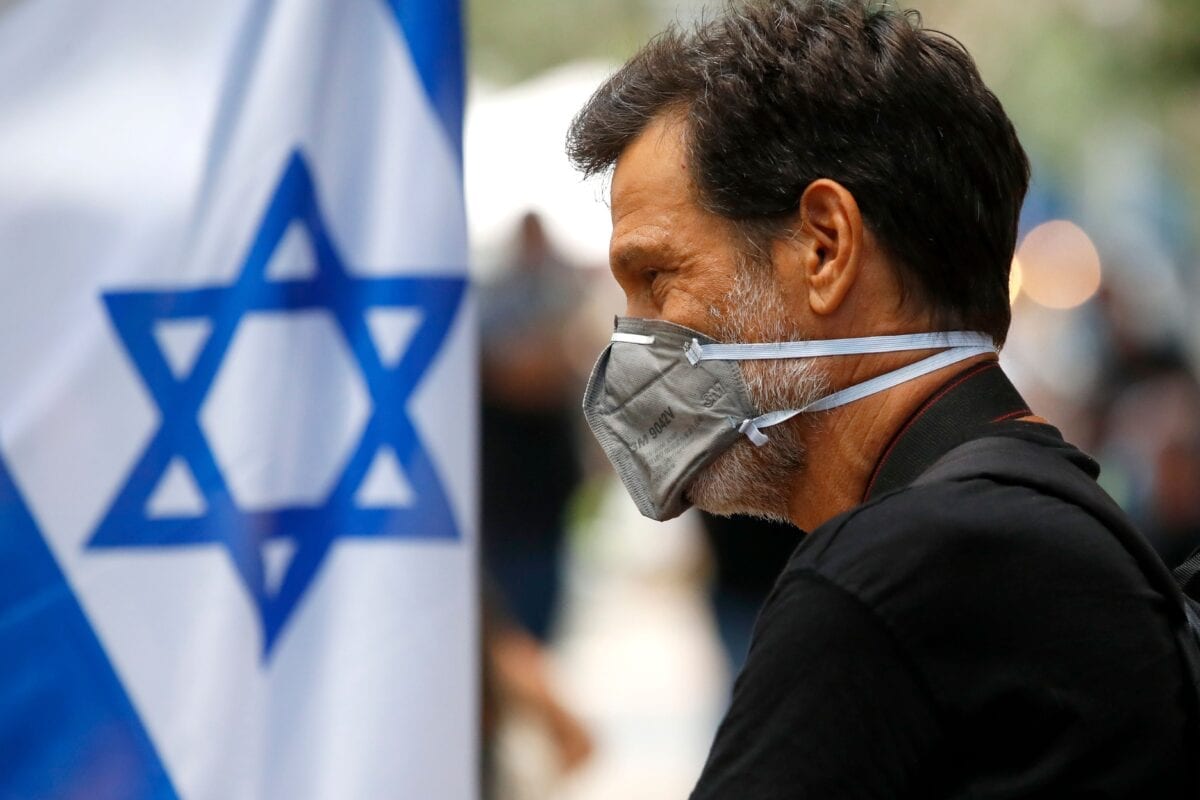 Official international data reveals that Israel is the world's leading country with regards to the spread of the coronavirus, which is proliferating significantly in certain neighbourhoods in Jerusalem.

The weekly report from the US Johns Hopkins University on the spread of the coronavirus pandemic ranked Israel the first in the world in terms of the number of new people infected with the virus when compared to the country's population. The new infection rate in Israel reached 199.3 per million citizens every day last week.

Coronavirus infections recorded unprecedented results so far, as 3,074 cases were detected in one day, including 700 among Palestinian Arab citizens alone, out of 33,000 tests carried out today. Thus, the infection rate among those who underwent a test is 9.4 per cent, which may be considered as peak levels.

The Israeli Ministerial Committee in charge of coronavirus affairs decided to impose a complete closure as of Monday on around thirty towns classified as "red" due to the high number of cases.

This comes in the wake of recording the highest rate of infections since the announcement of the outbreak of the virus in the country last March. In fact, the official report published by the Israeli Ministry of Health revealed today a new record number of daily infections, totalling 3,150 cases.

The committee stated that the restrictions imposed on cities classified as "red" are as follows: closing the educational institutions, closing the commercial enterprises apart from essential places such as clinics, pharmacies and bakeries, restrictions on the movement of citizens besides the restriction of movement at a distance of 500 metres from the place of residence in areas that are largely affected by the pandemic. 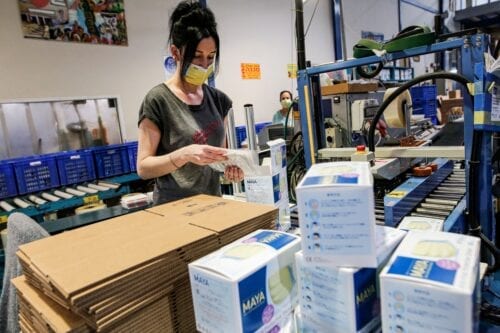 A worker packages anti-viral 3D-stickers at the Dykam plant which produces them, at Kibbutz Ein Harod near Israel's northern city of Afula on August 16, 2020 [GIL COHEN-MAGEN/AFP via Getty Images]

Head of the Special Authority to Combat Coronavirus in the Arab Community within the 48 territories Ayman Saif announced: "The ongoing debate within the Ministerial Committee for Coronavirus Affairs is heading towards imposing partial closures and restrictions on the 34 red towns, in addition to imposing a complete closure on four of these towns, including preventing entry and exit."

Saif stressed that: "These restrictions and night closures are the result of serious recklessness and failure to adhere to the Ministry of Health's instructions, and therefore they aim to limit the organisation of wedding parties, which are the first source of infection in the red-listed towns."

There is currently a state of chaos and turmoil in Israel due to the widespread infection during the second wave of the virus. Ministers of the ultra-Orthodox Jews threaten to withdraw from the government if restrictions are imposed on their people during the Jewish holidays in the middle of this month, due to their cities, in addition to Arab cities, being at the top of the list of red cities.

Controversy is growing in Israel over who bears responsibility for the failure and how to deal with coronavirus through complete closure or selective localisation, amid accusations against the police for failure to implement the instructions. The organisation of weddings and large meetings is considered to be one of the causes of the outbreak of the pandemic. This instability runs concurrently in the midst of a stifling economic crisis, manifested by a million unemployed persons in Israel.

Social media forums witnessed widespread criticism for the revival of weddings and the participation of a number of heads of local governments, stating that this gives a bad example to the rest of the Arab public.