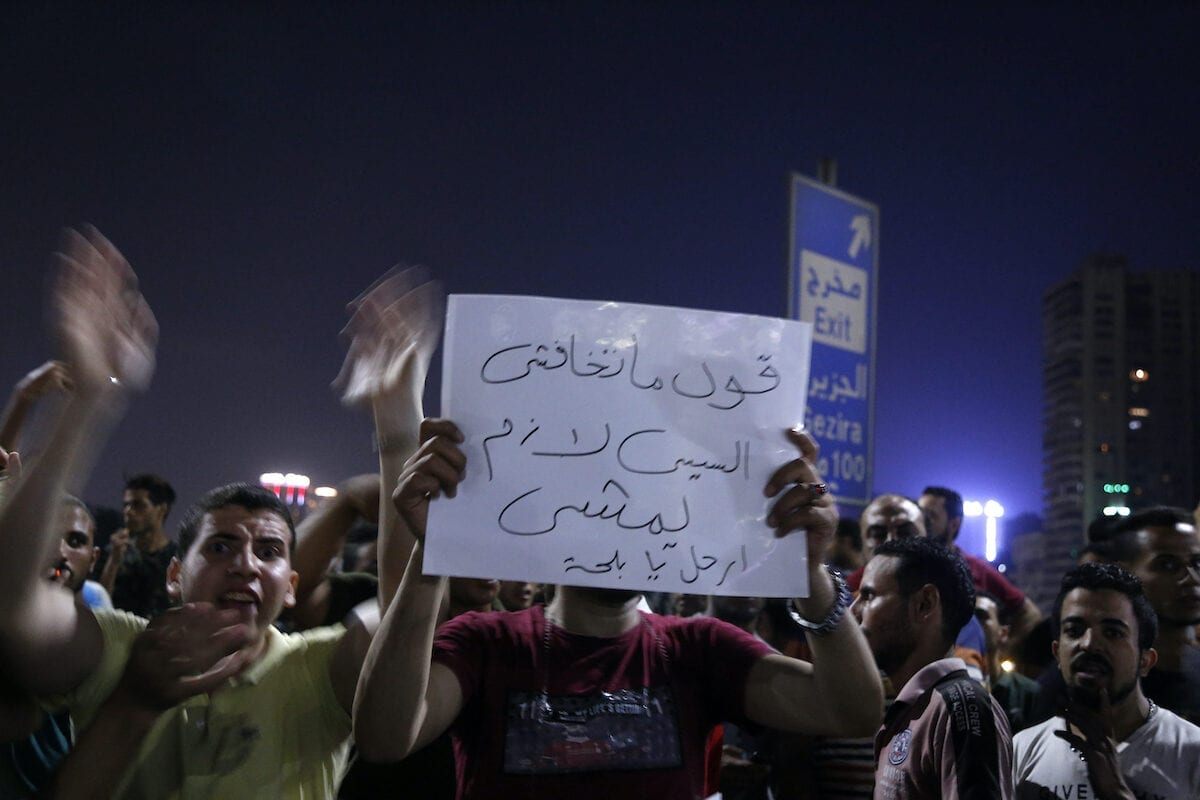 Egyptian protesters shout slogans as they take part in a protest calling for the removal of President Abdel Fattah al-Sisi in Cairo's downtown on September 20, 2019 [STR/AFP via Getty Images]
September 28, 2020 at 3:27 pm

Egypt's security forces had arrested nearly 400 people protesting against government failures by Friday evening, according to a report by Mada Masr.

Protests against President Abdel Fattah Al-Sisi have continued across Egypt for more than a week after whistleblower Mohamed Ali called for Egyptians to unite against the regime.

Most of the demonstrations are taking place in the villages and countryside because of the heavy security presence in the main squares in Cairo, which has been extended to Alexandria and Suez. 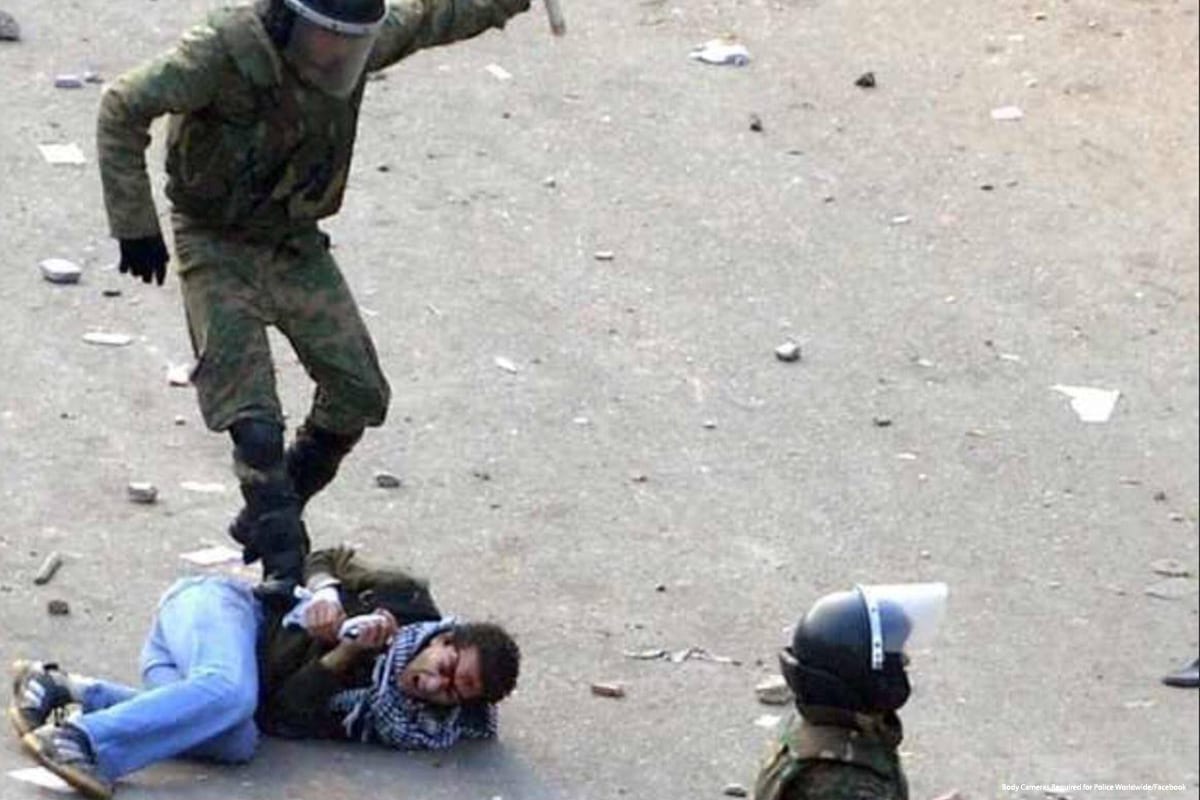 The wave of protests is being called the 'galabiya uprising', in reference to the long robe traditionally worn in the countryside and which can be seen on many of the videos circulating of the demonstrators.

Many of the arrested were accused of joining a terror group and disseminating false news.

Al-Sisi's supporters have accused the protesters of belonging to the Muslim Brotherhood, despite the fact that the group has not announced widespread involvement in the protests.

Friday saw a day of rage across Egypt and security forces have responded brutality, using tear gas, live bullets and ammunition against demonstrators.

Egypt's public prosecution recently announced the release of 68 children arrested since the beginning of the September 20 demonstrations.

All the children were aged between ten and 15, and were mainly from Upper Egypt, where the bulk of the protests are taking place.

Among the released children are two Nubian boys from Aswan, Yahya Khairy Abdel Qader and Muhamad Ahmad, who were arrested after demonstrating in Aswan.

After news of the arrest of Yahya and Muhamad, protesters gathered in front of the Interior Ministry headquarters in Aswan, demanding their release, and promising to escalate demonstrations if they were not.

The protests are taking place on the anniversary of last year's September demonstrations in which 4,000 were arrested in what Amnesty has described as one of the worst crackdowns in modern history.

Rights groups are calling on Egypt to release all prisoners still detained for protesting.