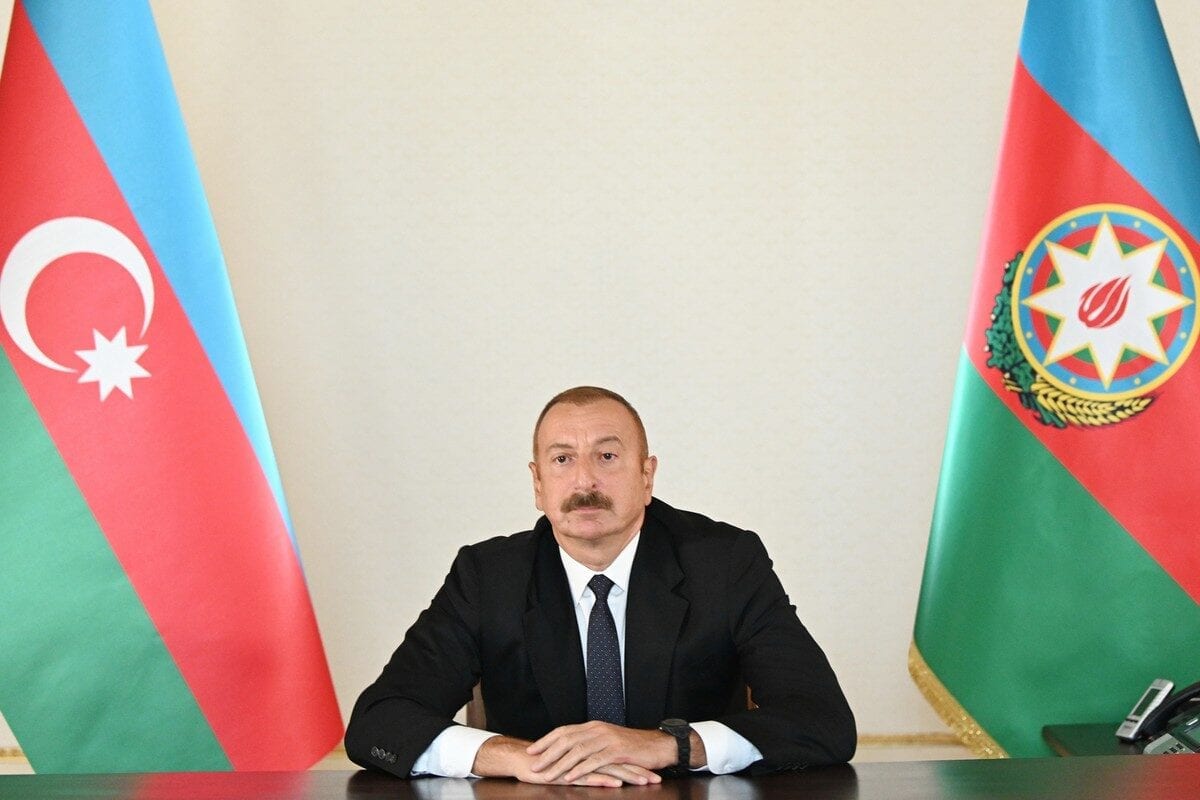 President of Azerbaijan Ilham Aliyev in Baku, Azerbaijan on 27 September 2020 [Azerbaijani Presidency/Anadolu Agency]
September 29, 2020 at 10:50 am

Turkey had not sent fighters from Syria to Azerbaijan after the country declared that it was in a state of war with neighbouring Armenia, an aide to Azerbaijan's President, Ilham Aliyev, announced yesterday.

Interfax recently quoted Armenia's Ambassador to Russia, Khikmet Gadzhiev, as saying that Turkey had sent "around 4,000 fighters from northern Syria to Azerbaijan to take part in the fighting."

"Rumours of militants from Syria allegedly being redeployed to Azerbaijan is another provocation by the Armenian side and complete nonsense," he said.

On Sunday, Azerbaijan declared a state of war in some of its cities and regions following attacks by Armenian forces on military and civilian sites over the weekend.

The decision was made in a meeting of Azerbaijan's National Assembly, in which it enforced partial measures in its border regions which could temporarily restrict some rights and freedoms of Azeri citizens and foreigners due to the conflict.

Relations between the two former Soviet nations have been particularly strained since 1991, when Armenia occupied the Upper Karabakh region, known as Nagorno Karabakh, despite it being an internationally-recognised territory belonging to Azerbaijan.

The region has remained occupied by Armenia ever since, even though the occupation has been constantly urged to withdraw following four UN Security Council and two UN General Assembly resolutions.

Turkey's Foreign Ministry also weighed in on the renewed border clashes, pledging and assuring its support for Azerbaijan while condemning Armenia's alleged aggression.