US, UN condemn burning of Kurdistan party office in Baghdad 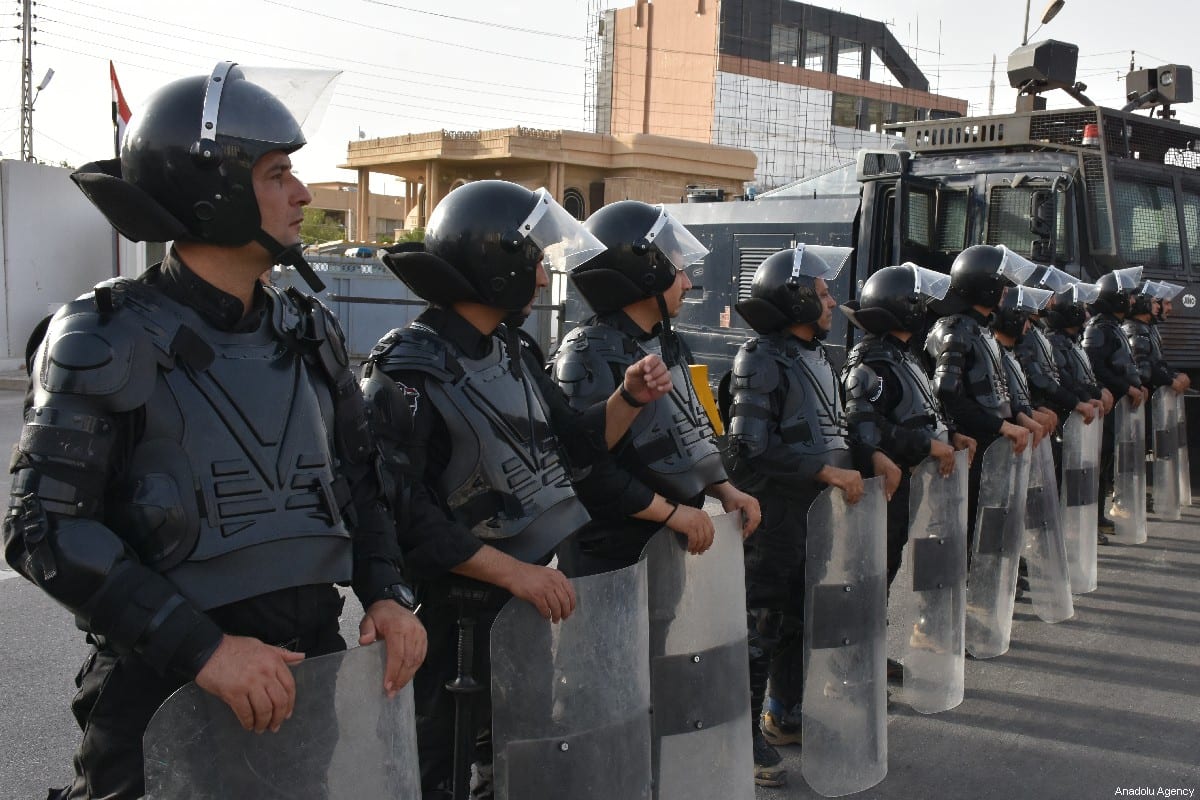 Iraqi security forces take security measures as hundreds of people, holding flags of Iraq and shouting slogans gather in front of governor's building to protest against the statement of The Kurdistan Democratic Party (KDP) and Patriotic Union of Kurdistan (PUK), regarding the 'agreement on the determination of the new Governor of the city', on 12 July 2019 in Kirkuk, Iraq. [Ali Mukarrem Garip - Anadolu Agency]
October 19, 2020 at 10:48 am

The US State Department and the United Nations Assistance Mission for Iraq (UNAMI) on Sunday condemned the attack and burning of the headquarters of the Kurdistan Democratic Party (KDP) in the Iraqi capital of Baghdad.

"The United States strongly condemns the attack on the Kurdistan Democratic Party's branch office in Baghdad by Iran-backed elements of the Popular Mobilisation Forces," State Department Spokesperson Morgan Ortagus announced in a statement. She added that Washington strongly urges: "All parties to behave responsibly during this critical period in which Iraq is already dealing with a pandemic, an economic crisis and the continued threat of ISIS."

UNAMI expressed grave concerns over the burning of the Kurdish flag and the attack on the KDP office in Baghdad.

"Acts of violence and intimidation must be condemned and are not a solution to the dispute at all," it asserted in a statement, stressing that Iraq needs unity, stability and dialogue to address its many problems.

On Saturday, dozens of Popular Mobilisation Forces' supporters stormed and burned the KDP headquarters in the Karrada district in central Baghdad.

The protests erupted after former Iraqi foreign minister and prominent Kurdish leader, Hoshyar Zebari, in a TV interview accused the Iran-backed militia of launching a rocket attack on Erbil late in September.