Rare falcons destined for the Gulf seized in Pakistan 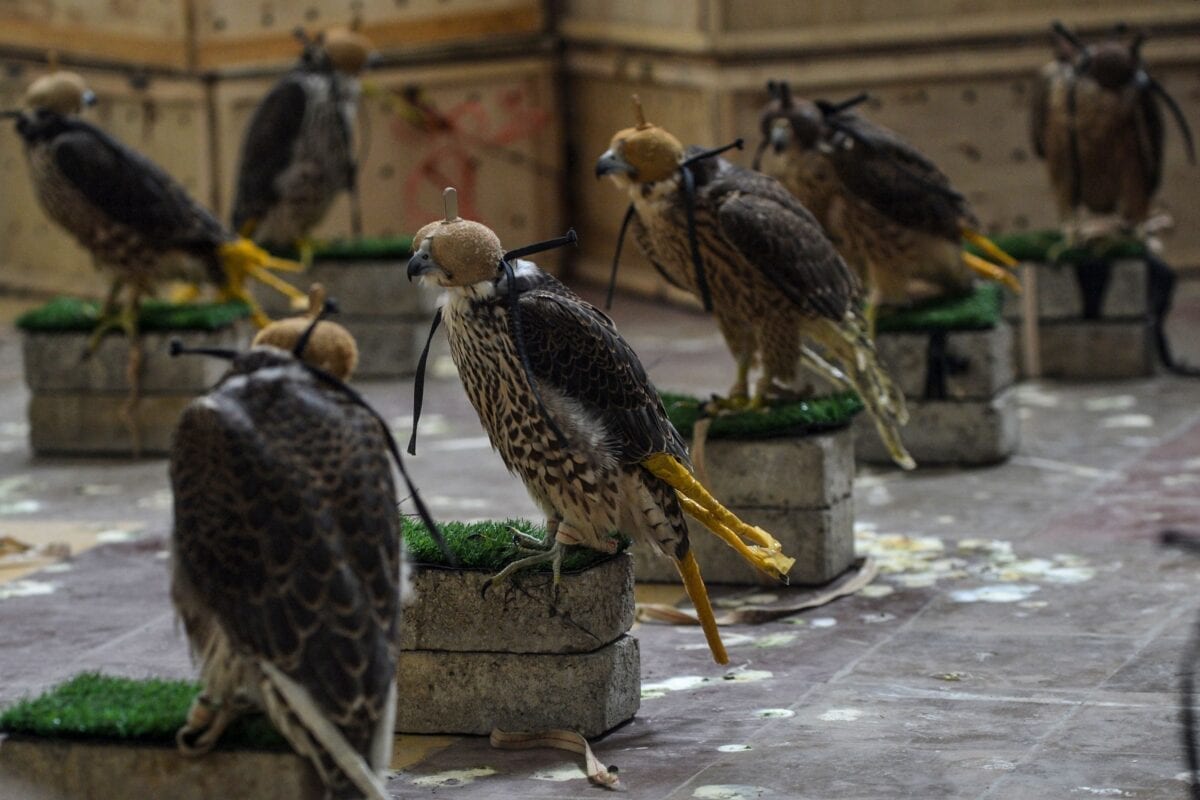 Falcons that were recovered from illegal captivity are kept in a room during a press briefing with customs authorities in Karachi on October 17, 2020 [RIZWAN TABASSUM/AFP via Getty Images]
October 20, 2020 at 2:11 pm

A cache of endangered falcons destined for the Gulf have been seized from smugglers in Pakistan, the Times reported yesterday.

The group of 75 birds, believed to be worth an estimated $1 million, were rescued during a raid in the southern port of Karachi.

Officials said the operation was an unprecedented offensive against an armed organisation.

Among the rescued birds were 74 shaheen falcons and a houbara bustard, an animal which is prized as an aphrodisiac by Arab royalty.

The birds are believed to have been captured in northern Pakistan and travelled to Karachi for onward shipment to the Gulf, where they would have been sold on.

The falconry trade is popular in the region and the hunting birds are cherished as an important part of the cultural desert heritage of many of the Gulf states.

Only last week, a young shaheen falcon was sold in Saudi Arabia for a record breaking $173,000.

The sale, which took place during an auction run by the Saudi Falcon Club, was the most expensive purchase ever, globally, of that type of bird.

The price of the falcon, which was captured from the wild in Hafer Al-Batin in north eastern Saudi Arabia, was driven up by the bird's unique characteristics and scarcity, Reuters cited the club as saying.

However, experts were cited by the Times as saying falcon prices in general had been driven up by a new fashion for racing, in which prized birds chase a lure across a quarter-mile time trial.

Falcon auctions and competitions are frequently held across the Gulf, particularly in Qatar and the United Arab Emirates.

At auctions, the price of rare or competition-winning birds can command fees as large as $250,000.

Meanwhile, wealthy Gulf residents frequently travel to the cooler climates of Pakistan, Morocco and the Central Asian region to hunt with their prized birds.

Pakistan in particular frequently grants the wealthiest visitors permission to hunt falcons in the country's eastern region of Balochistan, despite heavy criticism from conservationists.

Falcons are internationally recognised as endangered animals and several states have regulations surrounding hunting or breeding from the birds, as well as their capture and sale.

Birds of a feather: Parakeets stick together in Turkey's capital