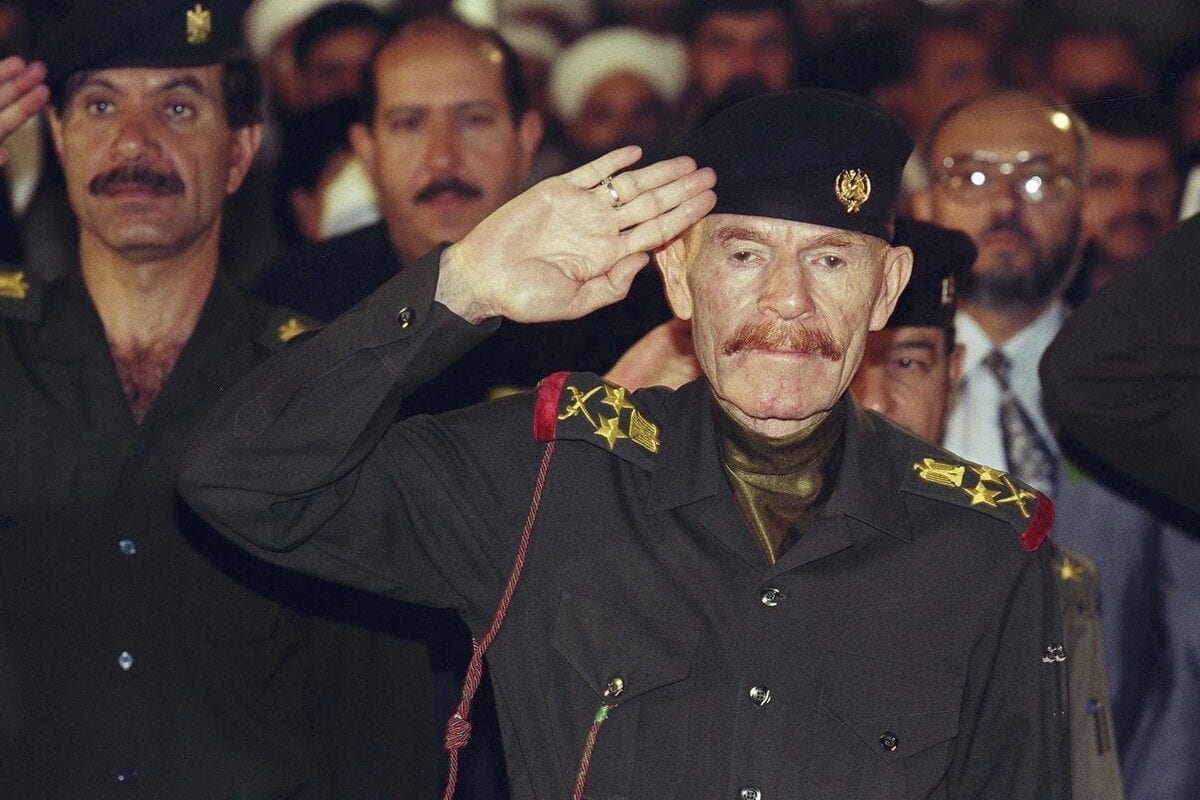 Al-Douri was one of the Baath Party's most prominent leaders, acting as the late Iraqi dictator's deputy from 1979 until his fall in 2003.

He was still wanted by the US at the time of his death and is believed to be one of the highest-profile Saddam-era officials to have evaded capture.

The former aide was the King of Clubs in the famous most-wanted pack of cards issued to US soldiers at the start of the invasion in 2003.

His death was announced in a voice recording posted by the Baath Party, which is now banned in Iraq, on Facebook.

The voice recording explained: "Today, on the land of Iraq and the land of Rabat and jihad, comrade Izzat Ibrahaim Al-Douri, the knight of the Baath and the Iraqi national resistance, descended his horse."

"In view of this event, we are confident, comrades of the struggle, that you will follow the will of our late comrade who bid us all to preserve the principles of this party and be patient."

This is at least the second time the Saddam-era aide has been reported dead, but the first where the news was confirmed by the Baath Party.

In 2015, Al-Douri was reported killed in a military operation in Iraq by Al-Arabiya.

Shia militia Asa'ib Ahl Al-Haq claimed to have gunned down Al-Douri in a 25-minute firefight with his convoy.

The body, the report said, would be transported to Baghdad where DNA tests could be carried out to confirm the victim's identity.

A week later a spokesperson for the Iraqi health ministry admitted they were unable to confirm Al-Douri's death because they did not have any DNA samples from the victim or any of his relatives.

Meanwhile, in 2018, Iraqi News cited an unnamed source as confirming Al-Douri had died of a blood disorder while in hospital in Tunisia.

However, Al-Douri was heard publicly in an April 2019 video, in which he apologised to Kuwait for the Iraqi invasion of 1990.

Iraqi authorities have yet to issue a statement on his death.