Turkey's Erdogan says it's time for two-state solution in Cyprus 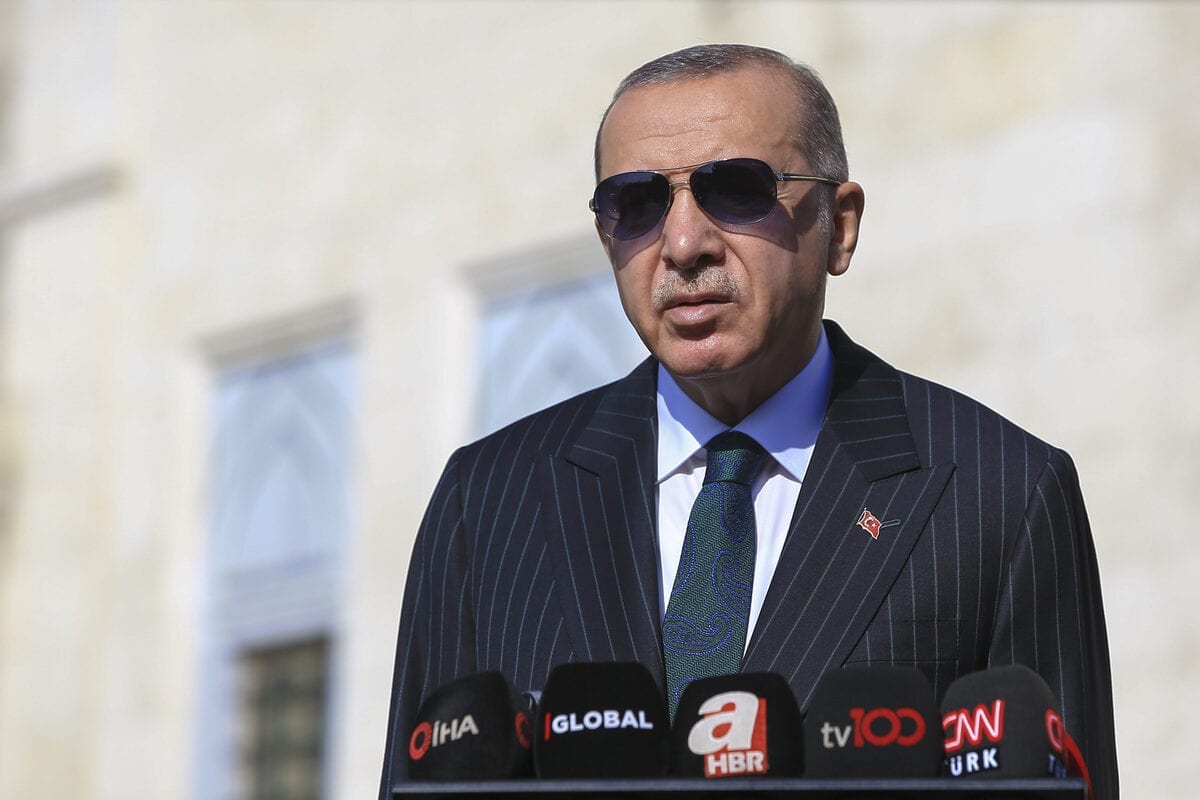 Turkish President Tayyip Erdogan said on Monday it was time for a realistic proposal about a two-state solution on the divided island of Cyprus to be discussed and added that the parameters of the current talks were not sustainable.

Cyprus was split after a Turkish invasion in 1974 triggered by a brief Greek-inspired coup. The European Union admitted the island into the bloc in 2004, represented by the internationally recognised Greek Cypriot government in the south.

Its north is a breakaway Turkish Cypriot state only recognised by Ankara.

The latest attempt at reunification between the two Cypriot sides collapsed in disarray in mid-2017. Both sides blamed each other for the collapse, and Ankara accuses the EU of violating laws by only admitting Greek Cypriots.

Speaking at a news conference with Turkish Cypriot President Ersin Tatar in Ankara, Erdogan said the approach of Greek Cypriots had blocked previous attempts to find a solution.

"It must be understood that no result can be achieved under the current parameters following a negotiation process that has lasted more than half a century," Erdogan said.

"At this stage, we believe starting talks on the basis of a federation will be a loss of time. Therefore, we believe a two-state solution must now be brought to the table with a realistic proposal."

Turkey has said before a two-state mechanism is needed to solve the Cyprus issue, but has accused the Greek Cypriot government of not engaging in talks.

Tatar said a Turkish proposal to hold an informal meeting between Turkey, Northern Cyprus, Greek Cypriots, Greece, and the United Nations was "the last chance" for an agreement.

READ: Turkey to continue exploration in East Med until November 4

Earlier this month, Northern Cyprus partially reopened the beach town of Varosha, a fenced-off resort area abandoned in no man's land since 1974, a move criticised by the United States, Greece, and Greek Cypriots.

Erdogan, who said he would visit Northern Cyprus on November 15, said he wanted to have a picnic in Varosha.

"I believe it would be beneficial to have a picnic there all together," he said. "We are watching from our screens here, but we want to experience it in person. God willing, we will do that too."