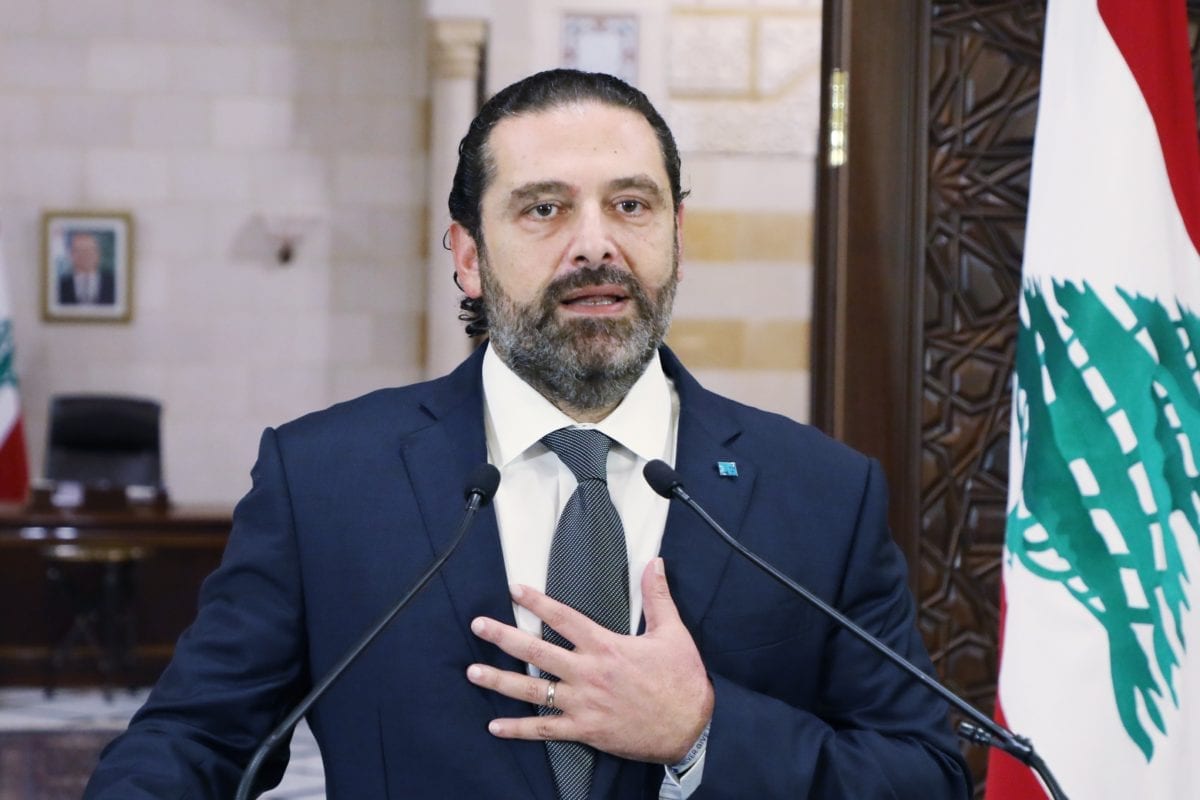 The 20 or 24-person cabinet will not include well-known political figures aside from Hariri, the reports claimed, but will involve technocrats named by key political parties.

The new government also will not be formed this week as a result of infighting over who heads the health ministry, though sources cited by LBCI said the cabinet could be formed two to three days after Hariri presents a line-up to President Michel Aoun.

Local television channel MTV quoted unnamed sources as saying: "The possibility of forming the government this week has been ruled out and Hezbollah is clinging to the health portfolio, which is also demanded by the Progressive Socialist Party leader Walid Joumblatt."

The unidentified sources added that Joumblatt's party could be granted only one portfolio in the new cabinet, despite having held no ministries in caretaker Prime Minister Hassan Diab's cabinet formed earlier this year.

Meanwhile, the Lebanese Democratic Party is insisting on receiving a portfolio, despite boycotting the binding parliamentary consultations in which Hariri was designated prime minister.

The MTV source added that: "Hariri has been very reticent, and he has told Aoun that the principle of the rotation of portfolios will apply to all ministries except for the finance portfolio, which will go to the Shia community."

Meanwhile, on Sunday, Hariri was urged by a senior Christian cleric to avoid back-door deals in the formation of the new government, Reuters reported.

Maronite Patriarch Bechara Boutros Al-Rai called on the veteran Sunni politician to rebuild Beirut after a massive explosion devastated the city on 4 August, but criticised leaders for failing to form a government quickly to tackle the country's multiple crises.

Al-Rai told Hariri: "Overcome the conditions and counter-conditions of the political groups, avoid the quagmire of interests… Beware of secret bilateral deals and promises."

Hariri's government is expected to steer Lebanon out of its dire economic and financial situation by implementing reforms to unlock vital foreign assistance.

In line with French President Emmanuel Macron's initiative, a new cabinet is also expected to revive bailout talks with the International Monetary Fund (IMF), from which Lebanon aims to borrow around $10 billion.

Hariri, who is returning to the position of prime minister for the fourth time, resigned from the post on 29 October last year, nearly two weeks after anti-government protests swept across Lebanon calling for an overhaul of the political system and the removal of the ruling class.