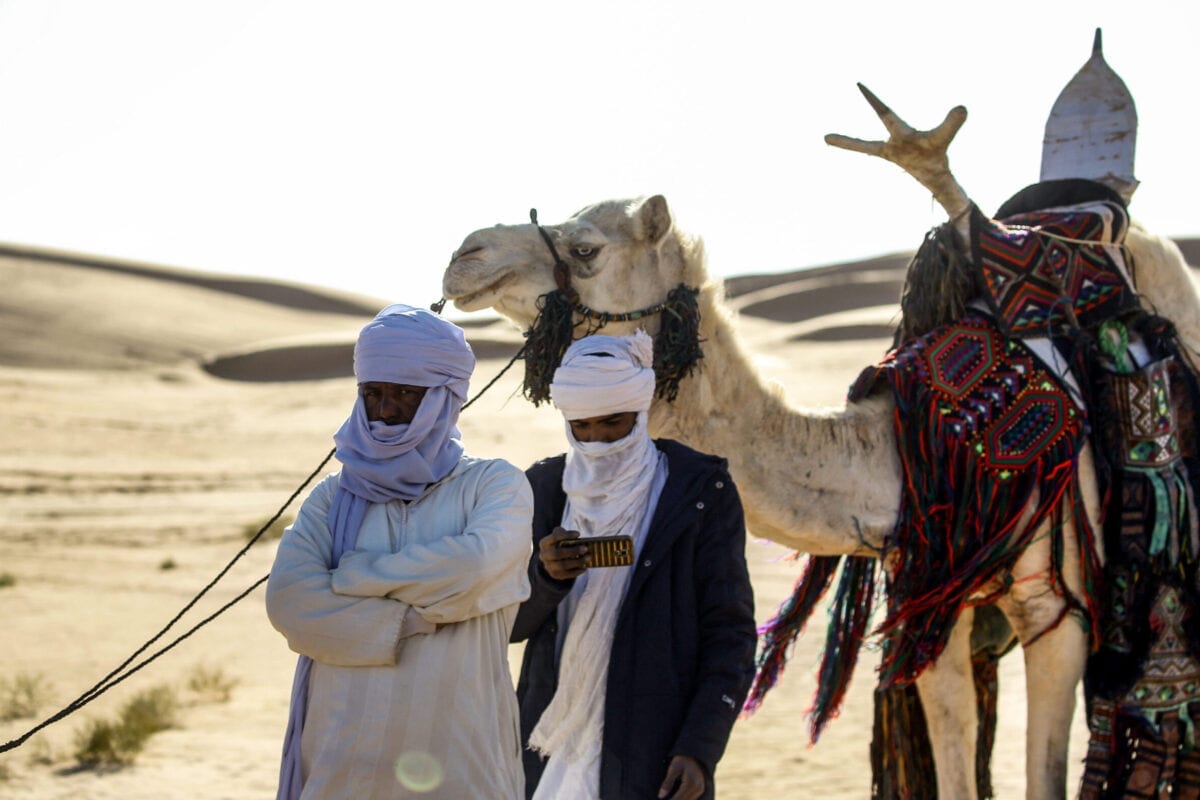 A Tuareg tribesman uses his cell phone to film while attending a traditional ceremony in the Libyan desert in the western Awal region near the borders with Tunisia and Algeria, about 600 kilometres southwest of the capital Tripoli, on March 29, 2019 [IMED LAMLOUM/AFP via Getty Images]
October 27, 2020 at 3:27 pm

The Social Council of Tuareg tribes in Libya yesterday denounced "the manner" in which the United Nations Support Mission dealt with its selection of the members of the country's so-called Political Dialogue Forum.

In an official statement, the council stressed that it was adhering to a peace agreement that was signed with the country's southern tribe of Al-Tabu, as well as the "co-existence based on mutual respect with the nation's partners".

"The absence of an authentic clan such as the Tuareg, the Chad regions, and others, is considered as prejudice and marginalisation of the group," the statement read, adding that the exclusion should not be "intentional", referring to recent remarks by the UN mission's head, Stephanie Williams, in which he said that the committee selection process would "include all national tribes and regions".

On Sunday, the UN support mission announced 75 names to participate in the forum due on 9 November in Tunisia, pointing out that "different cities and regions will be presented."