Amazingly, the PA condemns Balfour while sticking to the two-state compromise 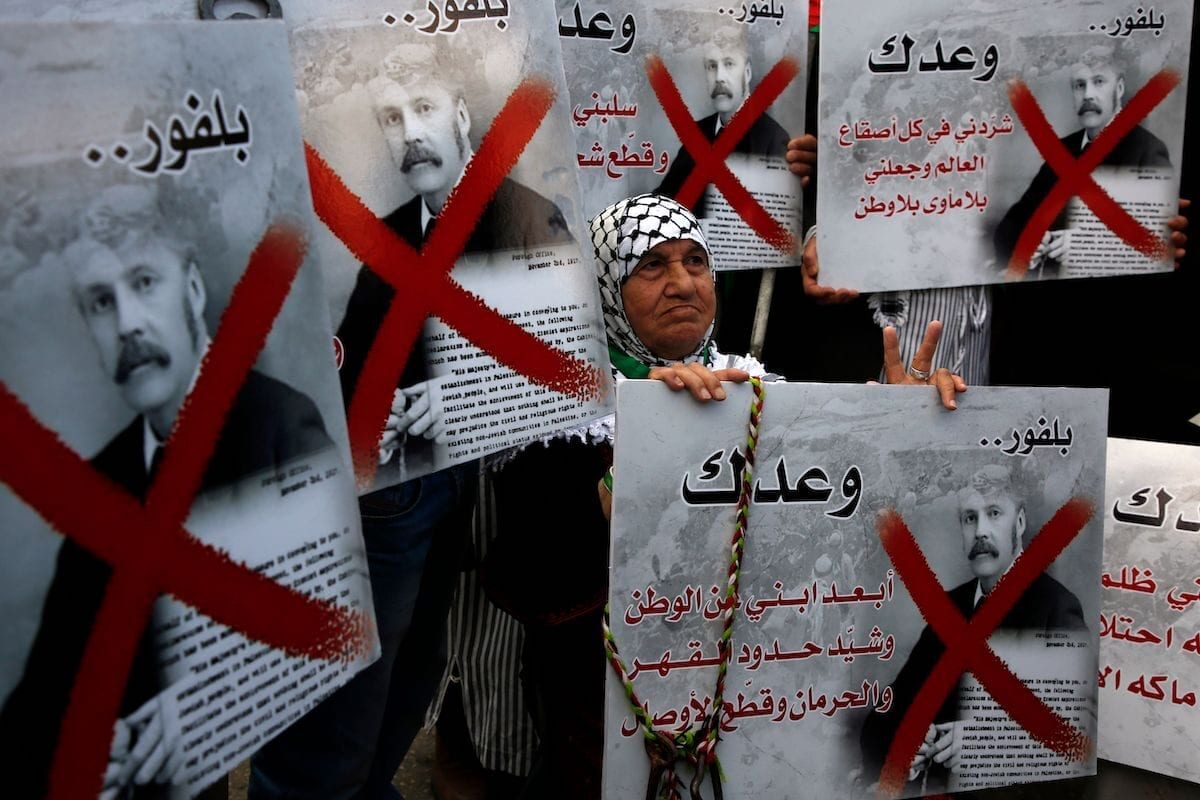 The Palestinian Authority's annual outbursts against the Balfour Declaration do not match its politics. The document which normalised the colonisation of Palestine was published on 2 November, 1917. Palestinians quite rightly view it as one of the main causes of their current status. The PA, however, doesn't seem to be able to join the dots between historical and current politics. If the Balfour Declaration gave vital impetus to the Palestinian people's loss of their land and displacement, the two-state compromise affirms the politics behind it. Why, then, does the PA condemn one — the Balfour Declaration — every November, but affirm the other — the "two-state solution" — without fail? If you condemn one, logic says that you also have to condemn the other.

In light of the US deal of the century, such PA contradictions are even more harmful to the Palestinian people, who have retained an understanding of the importance of a political process that takes history and memory into account. The PA, on the other hand, devalues history, wheeling it out for annual remembrance but failing to address the current human rights violations at the hands of the Zionist state as part of a long colonial process of which Balfour was an importance part.

If the Balfour Declaration bestowed formal approval on the Zionist colonial project, so too do the two-state compromise and the deal of the century. Hanan Ashrawi, a senior committee member of the Palestine Liberation Organisation (PLO), accused US President Donald Trump of reviving "the objectionable mindset of the Balfour Declaration by upending US policy and international law in relation to Palestine." Balfour, two states and the deal are all connected, and should be addressed as such.

Trump has indeed been more explicit, but this may be relative given that the PA normalised the two-state paradigm's acceptance of Israeli colonisation while taking issue with the deal of the century. There is no Palestinian-led discussion about how each additional loss of territory is a result of refining and building upon Israel's ongoing colonial expansion. Britain advocates for the two-state compromise and it has never issued a formal apology for its role in Israel's colonisation of Palestine. The PA might perceive this as a contradiction, yet it is clear that the British uphold what the Balfour Declaration stands for. And so does the international community.

The UN itself states, "The pivotal role of the Balfour Declaration in virtually every phase of the Palestinian issue cannot be exaggerated." Given that the Balfour Declaration omitted direct reference to the Palestinian people, it is clear that the Zionists who pushed for that commitment from the British government were intent on eradicating Palestinian identity as well as the presence of the indigenous Palestinians in their own land. That's a trend that has withstood the test of time and to which the international community has assimilated.

If the PA viewed the two-state imposition for what it really is – a plan to prevent Palestinians from building an independent state, let alone be liberated — its criticism of the Balfour Declaration would be taken seriously. In his virtual address to the UN Security Council last month, the PA's Foreign Affairs Minister Riyad Al-Maliki declared, "It is time to abandon the failed recipes of the past." However, the PA relies on selective failures of the past to persist in failing Palestine and the Palestinian people, without reckoning with its own role in maintaining and working towards defeat. By all means, call out the violations inscribed in the Balfour Declaration, but not before taking the PA to account for its role in facilitating the ongoing Israeli colonisation of Palestine.

READ: Palestinians are suing Britain, and why not?