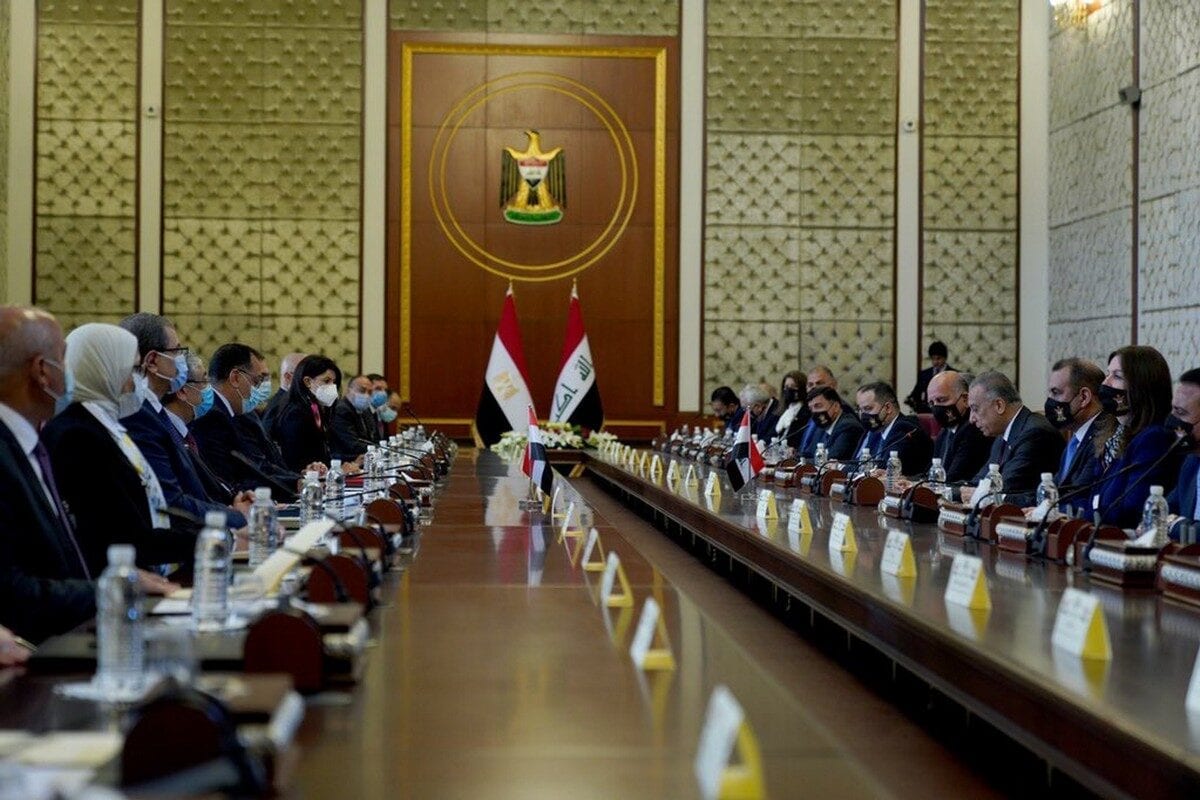 Delegations from Egypt and Iraq meet to discuss agreements to enhance bilateral ties in Baghdad, Iraq on 31 October 2020 [IraqiPMO/Twitter]
November 3, 2020 at 3:48 pm

Egypt and Iraq on Saturday signed 15 Memoranda of Understandings (MoU) and cooperation protocols in order to enhance their bilateral ties in areas including judiciary training, oil and water resources, the stock exchange and environmental protection.

The two countries signed the agreements in Baghdad in the presence of Iraqi Prime Minister Mustafa Al-Kadhimi and his Egyptian counterpart Mustafa Madbouly who co-chair the Egyptian-Iraqi Higher Committee.

One of the agreements was an oil-for-reconstruction deal, in which Egyptian companies would carry out development projects in return for oil, Iraq's main natural resource. According to Egypt Independent, the two countries also signed MoUs regarding health, drugs, maritime logistics, road and bridge development, housing and construction, exhibition organisation, combating subsidies and dumping, industrial cooperation, consumer protection and investment.

The media office of Al-Kadhimi said that Baghdad is "committed" to the new agreements and is serious about improving investment opportunities for Egyptian companies in Iraq. The prime minister also called on Egyptian businessmen to come to invest in Iraq.

Prime Minister Madbouly addressed a speech before the Iraqi cabinet, stating: "Today, we bring to the land of Mesopotamia a message of solidarity and congratulations to Iraq, which succeeded by its people's courage and sacrifices, to triumph over brutal terrorism, and overcome this imminent global danger which threatens all countries and societies of the world."

Al-Kadhimi and Madbouly met previously in the Jordanian capital Amman in August as part of discussions on strengthening relations. Both countries along with Jordan agreed to enhance bilateral ties in March last year, when former Iraqi Prime Minister Adil Abdul-Mahdi met with King Abdullah of Jordan and Egyptian President Abdel Fattah Al-Sisi in Cairo.