Austria calls for European front in 'war on Islamism' 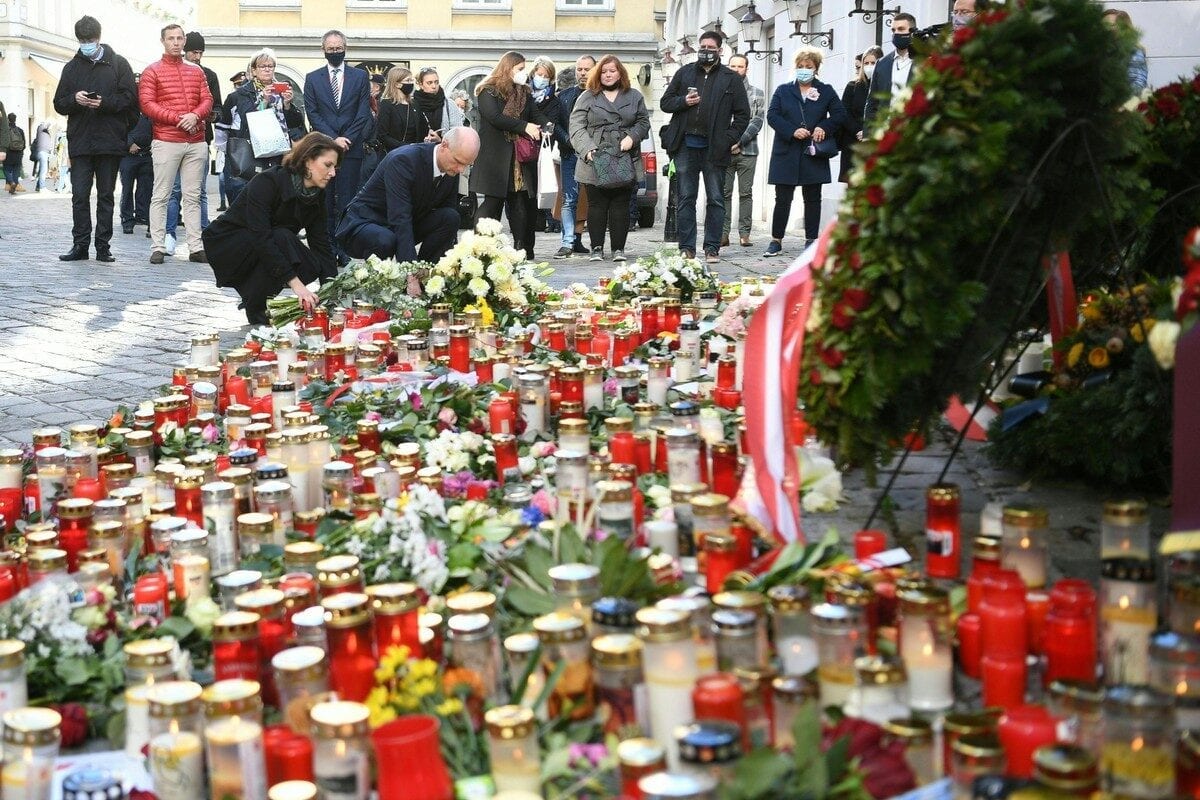 Wreaths and flowers laid after a deadly shooting spree in Vienna, Austria on 5 November 2020 [HELMUT FOHRINGER/APA/AFP/Getty Images]
November 5, 2020 at 12:38 pm

Austria's chancellor has called for a European front in a "war on Islamism" after four people were killed in a terror attack in Vienna on Monday night.

Sebastian Kurz, 34, said he would seek to form a continent-wide alliance against political Islam at the next summit of European Union (EU) leaders later this month.

The Austrian chancellor told German newspaper Die Welt: "I expect an end to the misconceived tolerance and for all the nations of Europe to finally realise how dangerous the ideology of political Islam is for our freedom and the European way of life."

"Islamist extremism wants to divide our society. This hatred should not be given space. The enemy are extremists and terrorists, not immigrants. There must be no tolerance of intolerance."

Kurz went on to praise Austrian security forces, rescue teams and people who had assisted during the crisis, also thanking international partners, in particular French President Emmanuel Macron, for their support.

Last month, Macron claimed Islam was a "religion in crisis" while he announced plans to implement tougher laws to tackle what he termed "Islamist separatism" in France.

The French leader said his government would present a bill in December to strengthen current laws separating religion from education and the public sector.

Macron later insisted that he would make "no concessions" in the drive to reinforce France's secular society.

The French leader also defended Charlie Hebdo's decision to re-publish cartoons of the Prophet Muhammed (peace be upon him), after a teacher was beheaded for showing his pupils the caricatures.

Macron said France would "not give up on our cartoons".

Macron's comments on Muslims and Islam have inflamed public opinion in recent weeks, sparking protests and widespread calls to boycott French goods in the Middle East.

Meanwhile, German Chancellor Angela Merkel said she felt countering "Islamist terrorism" was a fight shared by the European community in the wake of Monday's attack in Vienna.

Merkel tweeted: "We Germans stand in sympathy and solidarity with our Austrian friends. The fight against Islamist terrorism is our common struggle."

Austrian security services have made several arrests in connection with Monday's attack, which Daesh has claimed responsibility for.

The 20-year-old suspect, Kujtim Fejzulai, of join Austrian and North Macedonia citizenship, was shot dead by local police nine minutes into the attack.

He was convicted last year for membership of Daesh after being arrested while attempting to travel to Syria to join the group. However, he was released from a 22-month prison sentence early, in December last year.

Fejzulai was later flagged by Slovakian officials after he attempted to buy ammunition without a firearms licence in July. Austrian officials have since admitted they failed to follow up the lead.