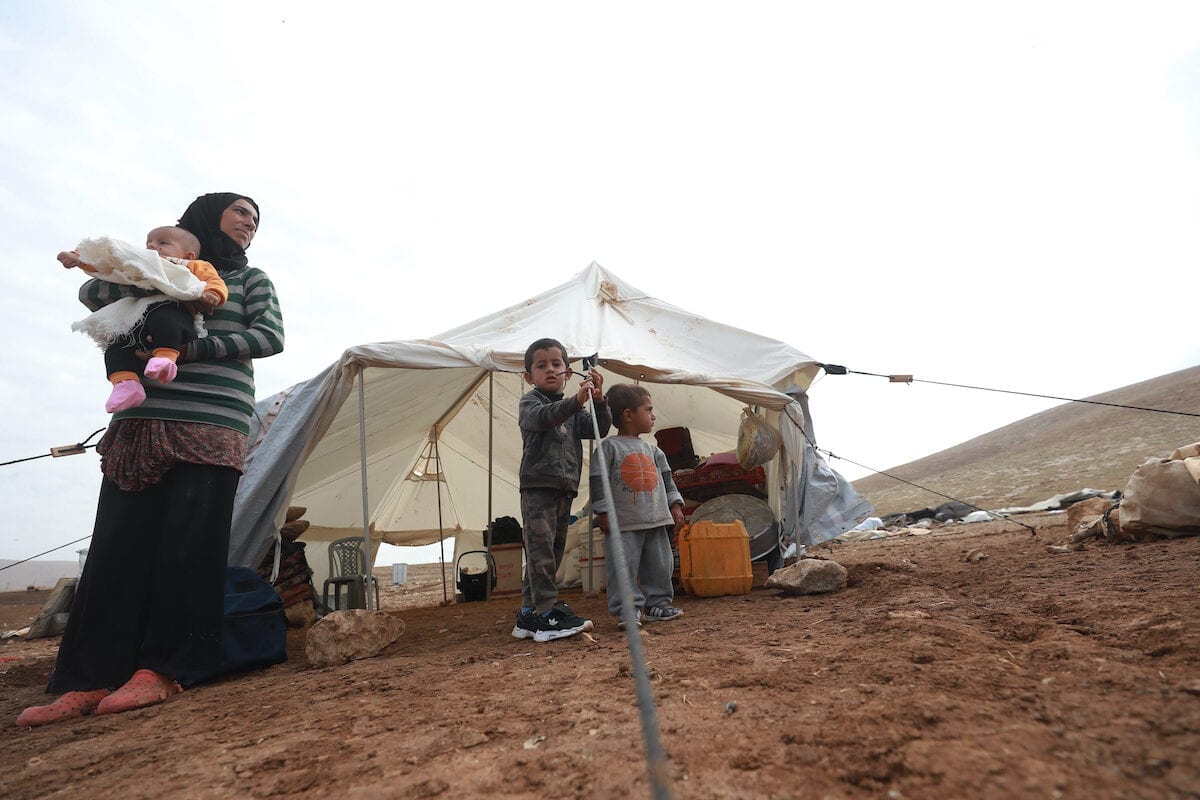 People are seen at a makeshift shelter after the raids by Israeli forces on the homes of Palestinian Bedouins in Tubas, West Bank, on 6 November 2020. [Issam Rimawi - Anadolu Agency]
November 8, 2020 at 9:47 am

Israeli forces raided a village in occupied West Bank this past Tuesday and razed 11 houses belonging to 23 families.

In a statement, Qatar's Foreign Ministry said the demolition was "an illegal act that aims to displace Palestinians and destroy their land in severe violation to international agreements."

The ministry stressed the need for the international community to "move swiftly to protect the Palestinian people from the dangers of forced and mass displacement, and hold the occupation accountable for these severe violations."

The ministry urged the International Criminal Court to initiate an investigation against Israel and hold it accountable for its crimes.

Jordan's Foreign Ministry also strongly criticized the demolition and called on the international community to pressure Israel to end its illegal aggression.

Israel occupied Palestinian territories, including the West Bank, East Jerusalem, and the Gaza Strip, in 1967.

Palestinians want these territories for the establishment of a future Palestinian state.