'Playing for time': The non-strategy of Mahmoud Abbas 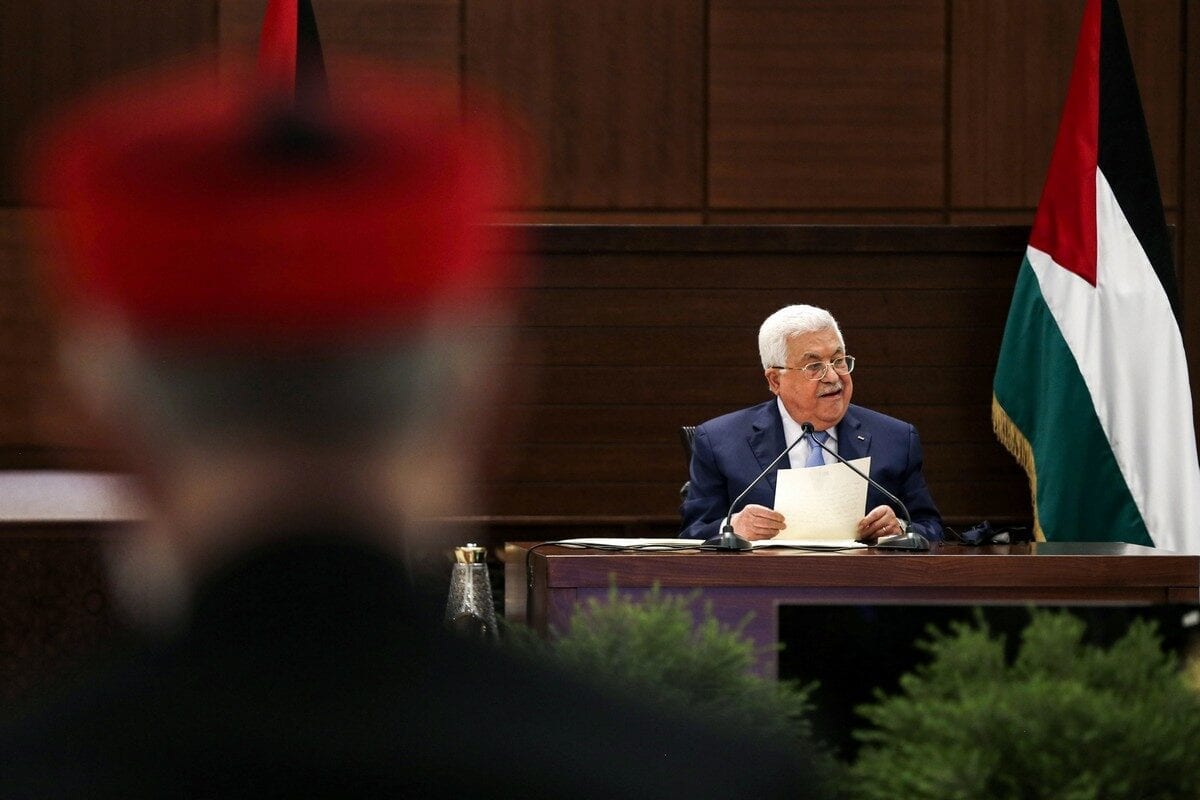 "If we are going to live another four years with President Trump, God help us, God help you and God help the whole world."

These were the words of Palestinian Authority Prime Minister, Mohammed Shtayyeh, during a virtual meeting with European legislators on November 3. While some may agree with Shtayyeh's assessment, such utterances by a top Palestinian official are hardly reassuring.

This was not the first time that Shtayyeh used the phrase, "May God help us," with reference to US President, Donald Trump. Nor were these the only instances in which the Palestinian leadership employed such inconsequential political discourse to counter Trump's pro-Israel bias throughout his first term, allowing Tel Aviv to entrench its military occupation in Palestine, while denying Palestinians the meager financial handouts secured under previous political agreements.

In response to the Trump Administration's announcement that it intends to move the US Embassy from Tel Aviv to Jerusalem on December 6, 2017, followed by an American decision to cancel all US aid to the PA in August 2018, Palestinian President, Mahmoud Abbas, also called on God. "May God destroy your house," Abbas exclaimed in a speech before the PLO'S Central Committee, while referring to Trump.

In January 2018, the Central Committee had been summoned for a meeting under the banner of "Jerusalem, Eternal Capital of the State of Palestine". The urgency and the timing of this meeting indicated that Abbas was ready with a counter-strategy in response to Israel and the US' ongoing violations, not only of international law but also of the Oslo Accords and all resultant agreements. Asking God to burn Trump's house was hardly the strategy that Palestinians needed at the time.

Nearly two years have passed since Abbas delivered his absurd speech, yet no actual steps have been taken to ensure Jerusalem becomes the "eternal capital of the State of Palestine".

If one is to review the Palestinian leadership's strategy since Trump's advent to the White House four years ago, one is left confused by the chaotic and unproductive nature of the Palestinian political discourse. 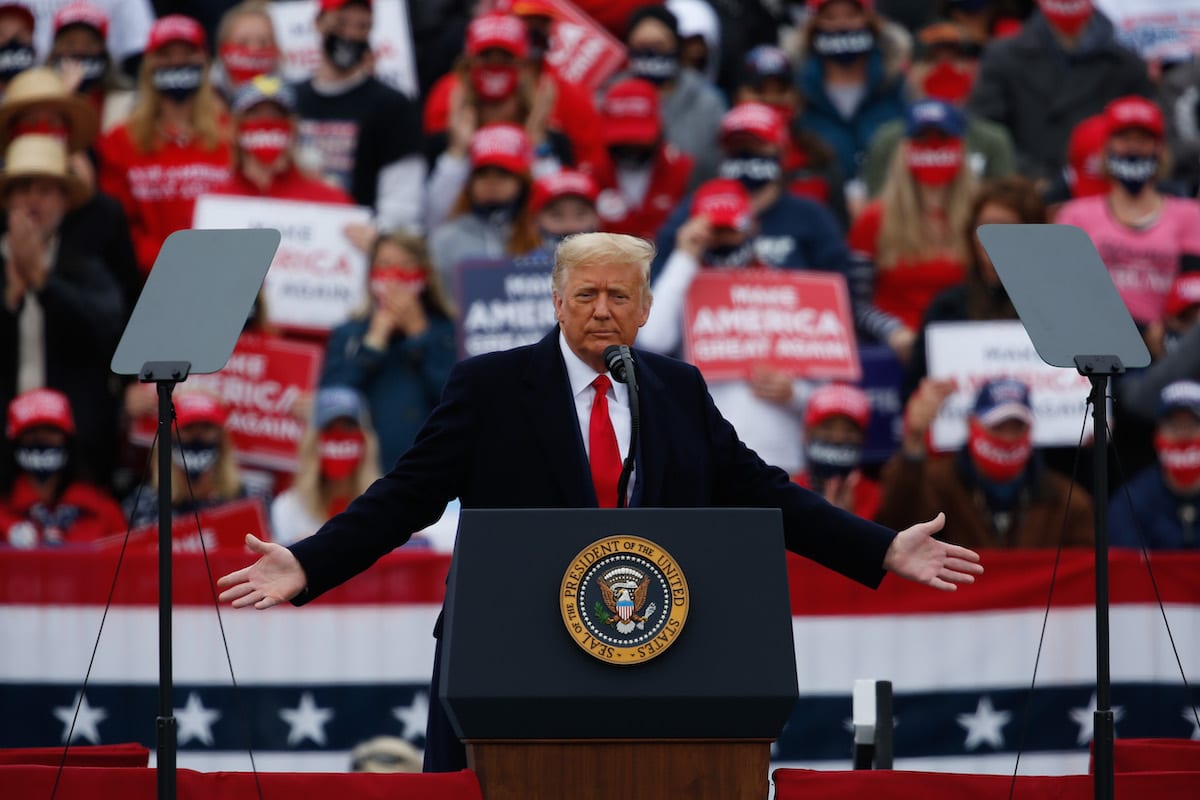 Still, four years were insufficient for the PA to change course, produce and champion a new political strategy that is not predicated on begging and pleading with Washington to return to the long-defunct 'peace process'. Why?

Abbas' ongoing dilemma is that his Authority and his very position as a 'president', were, themselves, an outcome of a US-sponsored political 'vision' in the region. Even the PA security forces were largely trained and funded by the US government. It would not be hyperbole to claim that the entire political lexicon according to which the PA has operated since 1994 – but especially since the start of Abbas' leadership in 2005 – was predicated on American diktats and sustained by US dollars. Consequently, one can appreciate the impossible position in which Abbas and the Palestinian political elites found themselves when Washington cut them off politically and financially.

Without an alternative to Washington's political involvement and generosity – however biased towards Israel – the PA persisted in a state of suspended animation. Speech after fiery speech and statement after heated statement, Abbas wanted the Palestinians, and the rest of the world, to believe that the PA was progressing beyond Washington and its peace process. Ultimately, yet unsurprisingly, they went nowhere.

The state of arrested development that has afflicted Palestinian politics in the last four years can also be attributed to another factor: the hope that a Democratic presidency would eventually be restored; and only then, the 'peace process' gambit could return to business as usual. But the 'let's wait and see' strategy was not supposed to last this long. The PA was assured by top Democratic Party officials that the Trump presidency would not last long.

In fact, around the time Abbas was calling on God to burn Trump's house, the Palestinian leader was receiving assurances from former US Secretary of State, John Kerry, that, soon enough, all would return to normal. Abbas was told through a close associate, Hussein Agha – who met with Kerry in London in January 2018 – to "hold on and be strong."

"Tell President Abbas," Kerry conveyed to Agha, "that he should stay strong in his spirit and play for time, that he will not break and will not yield to President Trump's demands," the Israeli newspaper Maariv reported at the time, a report that was confirmed by PA officials.

However, the former Secretary of State had not anticipated that the Trump Administration would last until the end of its term, that the US President would move forward with all of his threats, and that the so-called 'Deal of the Century' would attempt to revise the entire geopolitical map of the Middle East.

Yet, the PA hung on. Not only did it fail to formulate an alternative strategy, it even failed to unify the rank of Palestinian groups or follow a consistent political line that was followed by meaningful action. It merely 'condemned', 'rejected', and 'criticized', repeating old clichés and insisting on a 'two-state solution' that was never a serious or realistic option.

The PA remained politically paralyzed for four years in the hope that it would eventually return to the previous paralysis of the peace process under a Democratic administration. Such a befuddled agenda exposes the tragic state of Palestinian politics under the leadership of Mahmoud Abbas.

Considering Washington's military and economic influence, it is understandable that US politics matter on the world stage. However, it makes no sense for a government, any government, to hedge all of its bets on the outcome of US elections. In the case of Abbas' PA, such a non-strategy reeks of desperation, while reflecting weakness and political bankruptcy.

To be deserving of such a title, the Palestinian leadership must wean itself off its total dependence on US validation and handouts. Judging by many years of blind and unconditional US support of Israel, no matter which party claims the White House, Washington will remain committed to Israel, funding its occupation and defending it at every turn.