Strategic base in Yemen's Marib falls to Houthi forces 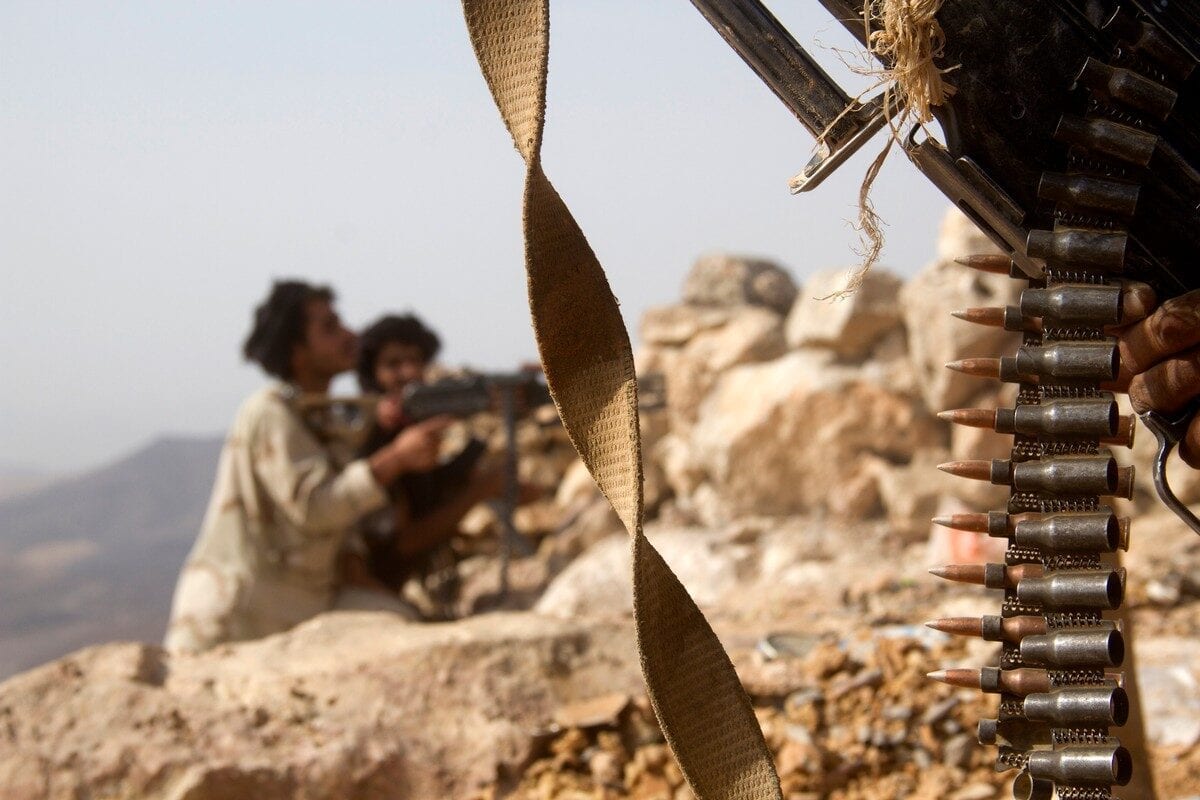 Yemeni tribesmen hold positions during fighting against the Houthis in Marib city on 27 June 2016 [ABDULLAH AL-QADRY/AFP/Getty Images]
November 13, 2020 at 3:55 pm

Allied forces of the Houthi movement and the Yemeni armed forces have captured one of the most strategically important areas in the Marib province following announcements earlier today of the fall of the Mas Camp from Saudi-supported militia fighting on behalf of the exiled Yemeni President Abd Rabbuh Mansur Hadi.

The fall of Mas Camp means the collapse of #YSF & its loss of Rahgwan & Madghil districts. This also means that now N.W. flank of #Marib city is totally exposed to a big attack, whose main objetive should be the mountainous areas of Dushūsh & Tadawin camp. (1) https://t.co/HDLBTUAwVf

This now means that the last line of defence to Marib city is under the control of Houthi forces who are on the verge of securing the Raghwan and Midghal districts, just northwest of the provincial capital, the last stronghold of Hadi's fighters and pro-coalition ground forces.

Over the past several months, joint Houthi-local government forces have been making steady progress towards the city, notably from its western axis. However the stronghold is heavily supported by the Saudi-led coalition's air strikes.

According to Al-Masdar, it is speculated that the Houthi forces will seek to repeat their strategy of encirclement as they besiege the city, similarly to how they captured the neighbouring provincial capital of Al-Hazm in Jizan earlier this year.

The loss of Marib city and the province's oil fields by the Hadi government and its Saudi supporters will be a serious blow to their effort in overthrowing the rival Sanaa-based government, the National Salvation Government.

READ: After 5 years, Saudi Arabia is finally on the verge of defeat in Yemen