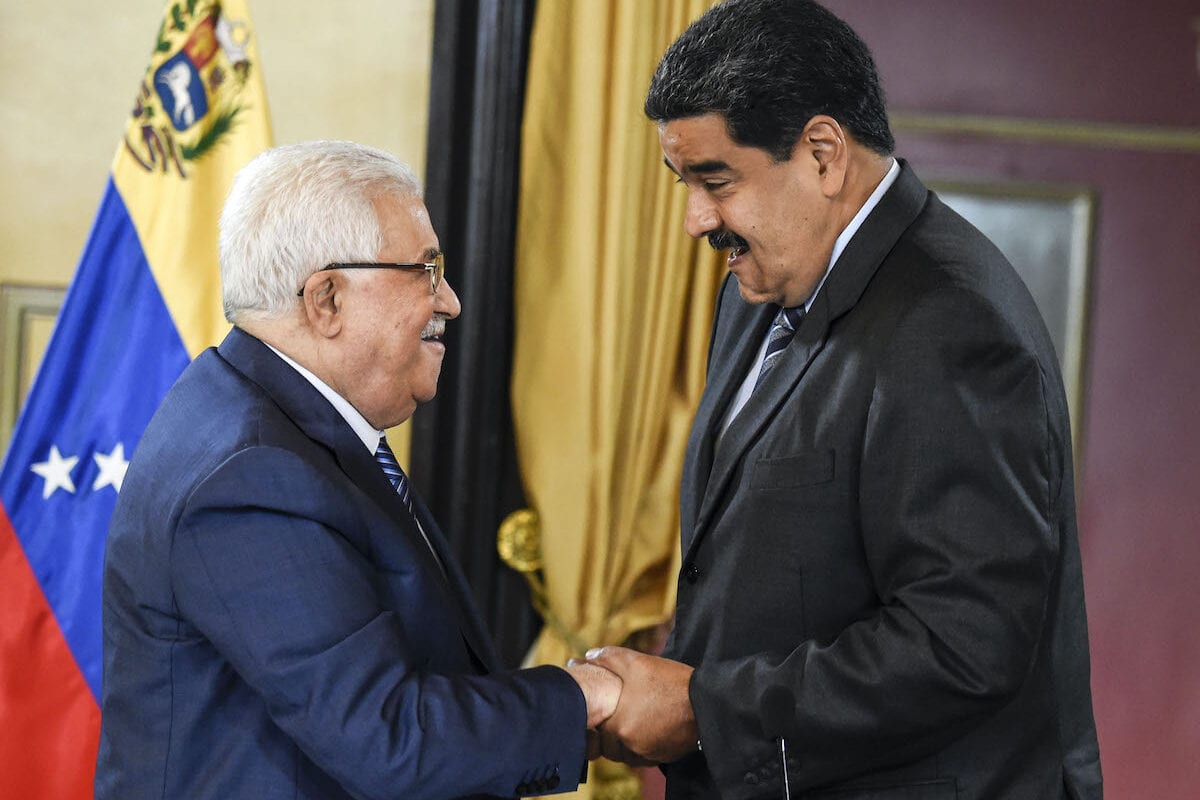 Venezuelan President Nicolas Maduro greets Palestinian President Mahmud Abbas, during a meeting at the Miraflores presidential palace in Caracas on 7 May 2018. [JUAN BARRETO/AFP via Getty Images]
November 17, 2020 at 9:50 am

Venezuela will continue to support the Palestinian people and their right to "self-determination and the establishment of their independent Palestinian state," President Nicolas Maduro said yesterday.

Maduro's remarks came in a congratulatory telegram which he sent to the Palestinian President Mahmoud Abbas on the occasion of the 32nd anniversary of Palestine's Declaration of Independence Day.

The Venezuelan leader hailed what he described as the "struggle of the Palestinian people and their leadership," stressing his country rejects the "Israeli violations against the Palestinians."

READ: Brazil votes against Palestine at WHO assembly, Palestinian ambassador to Brazil: 'This is contrary to what Brazil believes'