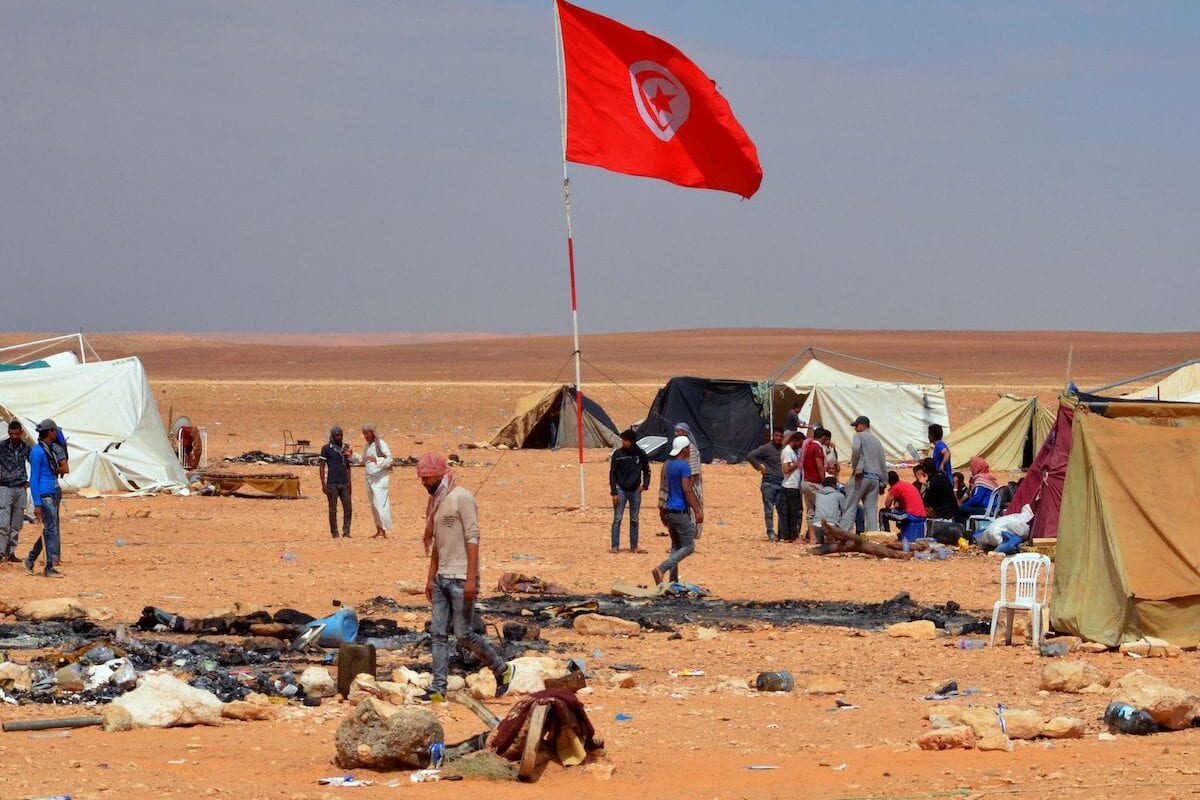 Protestors continue to stage a sit-in outside the oil and gas plant in El Kamour, in Tunisia's southern state of Tatatouine [KHALED EL HOUCH/AFP via Getty Images]
November 18, 2020 at 8:54 am

Protests were renewed yesterday in the Tunisian governorate of Tataouine a day after the general coordinator of El Kamour sit-in, Dhaou El-Ghoul, was arrested.

The arrest of El-Ghoul came a week after the government of Hichem Mechichi signed an agreement with demonstrators in Tataouine, ending the movement which has lasted nearly four years.

According to the Anadolu Agency correspondent, dozens of protesters set fire to tyres in the city centre, after organising a march in front of the Court of First Instance in the governorate.

During the march, the protesters chanted slogans calling for El-Ghoul's release.

The spokesman of El Kamour sit-in, Tarek Haddad, told Anadolu Agency: "After the last agreement on El Kamour file, we were surprised today by the arrest of the sit-in coordinator, despite the fact that the deal stipulated dropping all criminal charges against protesters."

"We hope that our brother will be released soon."

Anadolu Agency was not able to obtain an official statement from the security or judicial authorities about El-Ghoul's arrest.

On 7 November, the Tunisian government announced reaching a final agreement with protesters in the oil-rich region after negotiations that lasted more than a month.

In a statement, the government praised the agreement, which represents "a solution to the El Kamuor issue that has persisted since 2017."

The agreement with El Kamour protesters stipulates the reopening of the oil and gas pumping station in the desert in exchange for the fulfilment of the protesters' demands related to increased employment opportunities and the development of the region.

The agreement came after a series of consultations and meetings that lasted nearly a month, following protests calling for the full activation of El Kamour agreement signed with the previous government in 2017.