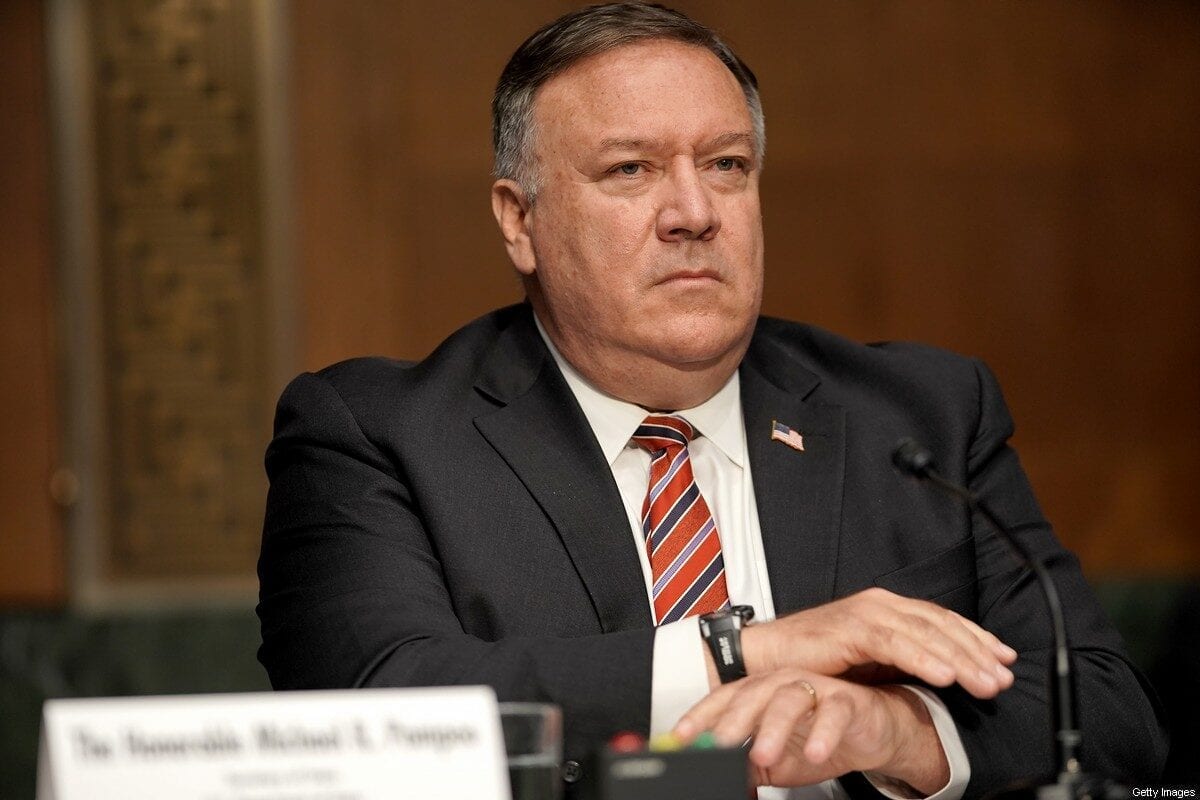 US Secretary of State Michael Pompeo in the Dirksen Senate Office Building in Washington, DC on 30 July 2020 [GREG NASH/POOL/AFP/Getty Images]
November 19, 2020 at 12:23 pm

The US will brand the Boycott, Divestment and Sanctions (BDS) movement as anti-Semitic, Secretary of State Mike Pompeo said today.

He added that Washington "will regard the global anti-Israel BDS campaign as anti-Semitic… We want to stand with all other nations that recognise the BDS movement for the cancer that it is."

Pompeo made the comments during a joint appearance with Israeli Prime Minister Benjamin Netanyahu, who interrupted the US diplomat's speech to tell him the announcement "sounds simply wonderful".

The US Secretary of State is in Israel preparing to visit Israeli settlements in the West Bank, which are considered illegal under international law.

The visit would be the first made by a US diplomat to an illegal Israeli settlement.

Pompeo is also expected to breach diplomatic protocol by visiting the Syrian Golan Heights, which has been occupied by Israeli since the 1967 War of Attrition.

The territory was unilaterally recognised as part of Israel by the US last year.

Pompeo's comments come after a group of Republican senators wrote an open letter urging Trump to allow goods produced in the occupied West Bank to be labelled "Made in Israel".

The letter termed the long-held policy to require goods produced in illegal Israeli settlements to be labelled "Made in West Bank", a "misguided Clinton-era guideline".

Adding that changing the policy "would be yet another achievement by your administration that would support Israel and would push back against anti-Semitism and the BDS movement."

Senators Marco Rubio and Ted Cruz were among those who signed the letter.

During his trip, Pompeo is expected a visit Psagot, an illegal Israeli settlement near Ramallah and the site of a winery that has produced a label carrying his name.

The company was recently ordered by the European Union's top court to label products it sells in the EU as being produced in the illegal West Bank settlements.

US regulations have also stipulated that products produced in illegal Israeli settlements should be labelled as "Made in the West Bank" since the Oslo Accords in 1995, but these regulations are rarely enforced.

Hundreds of Palestinians gathered yesterday to rally against Pompeo's unconventional visits and Israeli forces were quick to respond with tear gas and sound bombs.

READ: US legislator: Israel 'asked me' to introduce bill against groups boycotting it