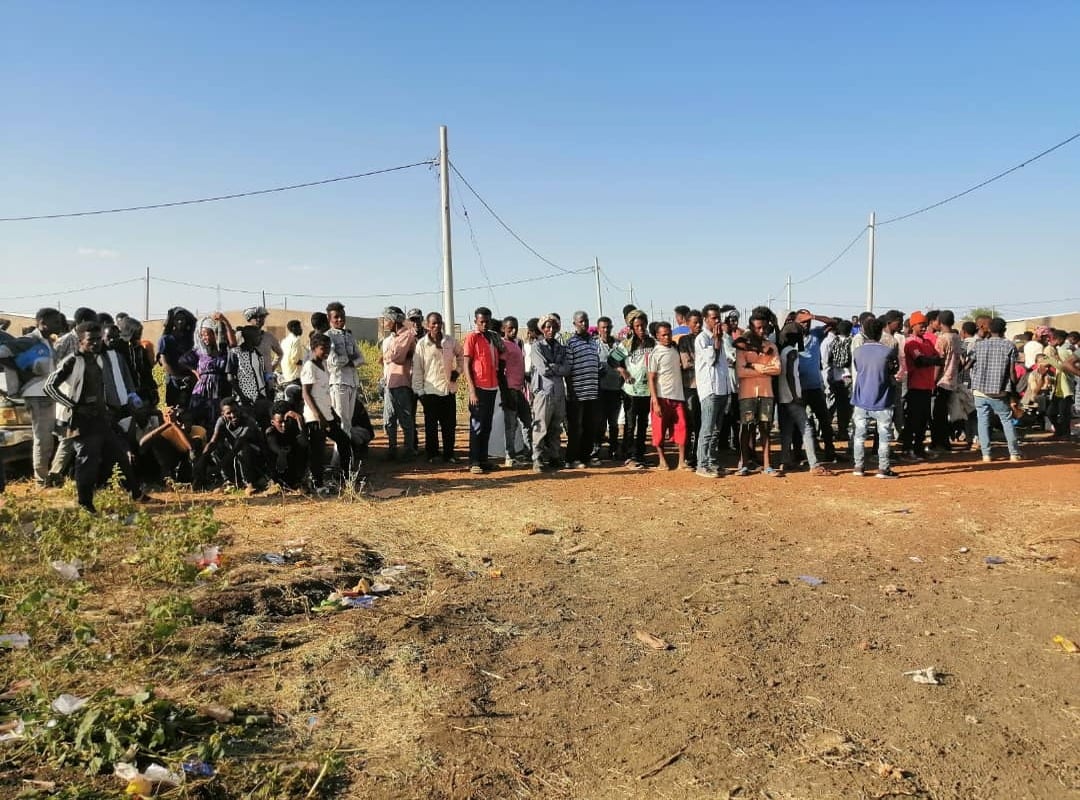 Ethiopians, who fled the conflict in the Tigray region in northern Ethiopia due to the clashes in the operation launched by the Federal Government Forces against the Tigray People's Liberation Front (TPLF), reach Al Qadarif State, Sudan on November 14, 2020 [Stringer - Anadolu Agency]
November 20, 2020 at 9:07 pm

The UN and its international partners are working on a response plan for about 2000,000 refugees that may arrive over the next six months from the conflict-ridden Tigray region of Ethiopia, a UN refugee agency official said on Friday, Anadolu Agency reports.

Axel Bisschop, UNHCR representative in Sudan, briefed media in Geneva about the conflict unfolding in Ethiopia.

"Together with all the agencies, we have built a response plan for about 200,000 people."

He said the protection is based on the current rate of refugees arriving at a place that intersects Ethiopia with Sudan and Eritrea.

When asked to elaborate on the 200,000 figure, the UNHCR official said: "We have discussed this together with all the partners here. And the fact is that the period is six months. It's a planning figure.

"So it's not something which is anticipated," said Bisschop.

Over the past two weeks, war is raging between Ethiopia's federal army and the Tigray People's Liberation Front in the country's Tigray region at a high humanitarian cost, including the massacre of civilians at Mai-Kadra in Western Tigray near the border with Sudan.

On Nov. 4, Ethiopia launched what it described as a "law enforcement operation" in Tigray against the TPLF, whose forces stormed the Northern Command of the Ethiopian Army stationed in Tigray, killing soldiers and looting military assets.

World Health Organization (WHO) Director-General Tedros Ghebreyesus on Thursday denied accusations by the Ethiopian government that he has been serving as a diplomat for the Tigray People's Liberation Front (TPLF).

"There have been reports suggesting I am taking sides in this situation [the armed conflict between Ethiopian Defense Forces and the forces of the TPLF]. This is not true, and I want to say that I am on only one side, and that is the side of peace," Tedros said on Twitter.

Tedros, who has been serving in his position at the WHO since 2017, was a member of the TPLF's powerful Executive Committee. He was also Ethiopia's health minister from 2005 to 2012 and foreign minister from 2012 to 2016.

"I am deeply saddened about reports of casualties and large numbers of people being displaced and seeking refuge in neighboring countries," the WHO chief wrote, calling for "immediate measures to de-escalate tensions and ensure a peaceful resolution to the dispute."​​​​​​​