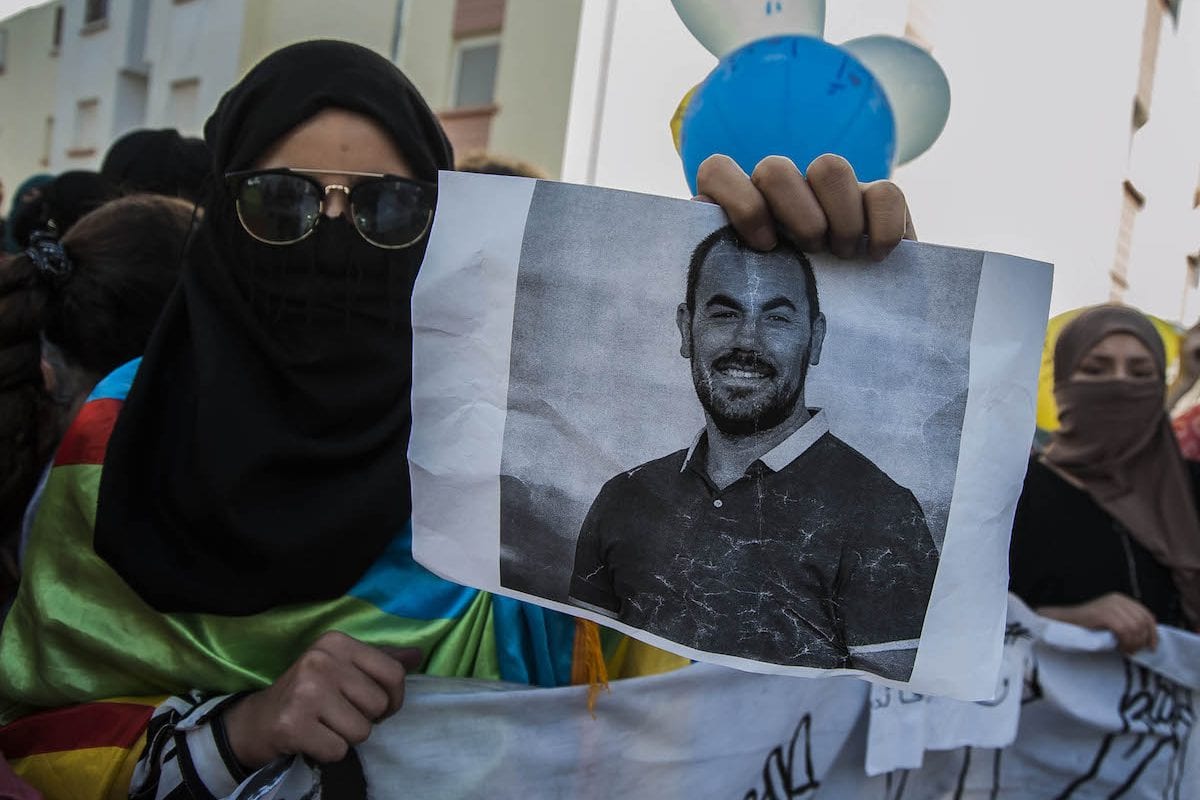 Human Rights Watch and Amnesty International have criticised the Moroccan police's handling of the arrest of a popular protest leader who was "severely" beaten and verbally abused.

Nasser Zefzafi, leader of the Popular Movement (PM), which has been behind the large demonstrations that have taken place daily since last month, was detained in a village 50 kilometres from the city of Al-Hoceima along with two activists.

According to Zefzafi's lawyer, police officers broke down the door of his house in the early hours of the morning.

The police broke furniture and windows, and assaulted the three men even though they offered no resistance

"He said he had a 1.5 centimetre cut on his scalp, another one below his left eye, and bruises on his back."

Police also insulted the men, forced them to shout "Long live the king!" and referred to them as "separatists". The activists were then transported to the northern city of Al-Hoceima before they were flown, hooded and handcuffed, to Casablanca.

"There, the police took Zefzafi for medical care, including stitches to his scalp, and gave him clean clothes to replace his blood-stained ones," the statement added.

Al-Hoceima has been the centre of the protest movement due to its worsening social unrest since the death of a fishmonger that was crushed in a rubbish truck as his produce was confiscated by authorities.

Read: Protests in Morocco call for 'One nation, one people united for freedom, dignity and social justice'

A demand for justice and anger over the region's perceived marginalisation has escalated into a wider grassroots movement.

More than 100 people have been detained in the area since the start of the protests with 25 demonstrators and suspected PM members sentenced by a court to 18 months in prison each, according to their defence lawyer.

Zefzafi, along with five detained activists, have threatened a three-day hunger strike over their detention conditions, their lawyers said.