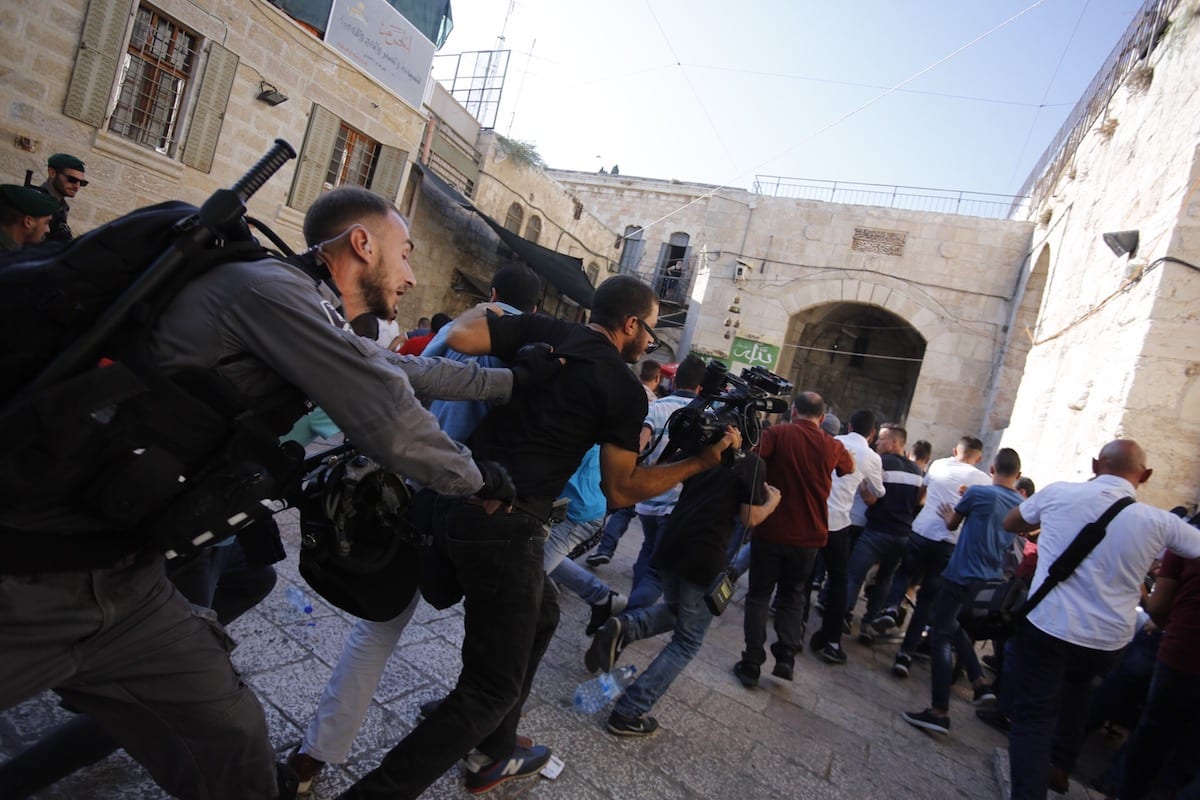 Israeli soldiers forcefully break up Palestinian protesters who were demonstrating against the security measures placed on Al-Aqsa Mosque on 16 July 2017 [Mostafa Alkharouf/Anadolu Agency]
July 24, 2017 at 3:47 pm

Israel has refused to allow Jordanian authorities to question an Israeli security guard who shot dead two Jordanians yesterday claiming he has diplomatic immunity. Authorities in Amman have refused to allow the guard to leave, insisting that they want to question the security officer, but Israel claims he is protected from arrest and investigation.

Seventeen-year-old Mohammed Jawawdeh and Bashar Hamarneh, who is reported to be a doctor in the residential quarter of the embassy, were both shot by the Israeli guard after he was allegedly attacked with a screwdriver.

The incident took place amid growing tensions in Jerusalem over the past week which have led to death of four Palestinians by Israeli soldiers after protests began when Israeli forces setup metal detectors at the entry points to Al-Aqsa Mosque. The new security measures have triggered the bloodiest spate of Israeli-Palestinian violence for years.

Jordan has called for the removal of the metal detectors and thousands of Jordanians have protested against the Israeli move in an outpouring of public anger against Israel.

Jordanian police said after yesterday's shooting that they sealed off the embassy compound and deployed dozens of anti-terrorism police forces.

US President Donald Trump is reported to have sent his Middle East envoy Jason Greenblatt to the region in an effort to bring the crisis to an end. The UN Security Council is also due to discuss the issue later today but the Arab League has postponed an emergency meeting which was called by Jordan's Foreign Minister Ayman Safadi.