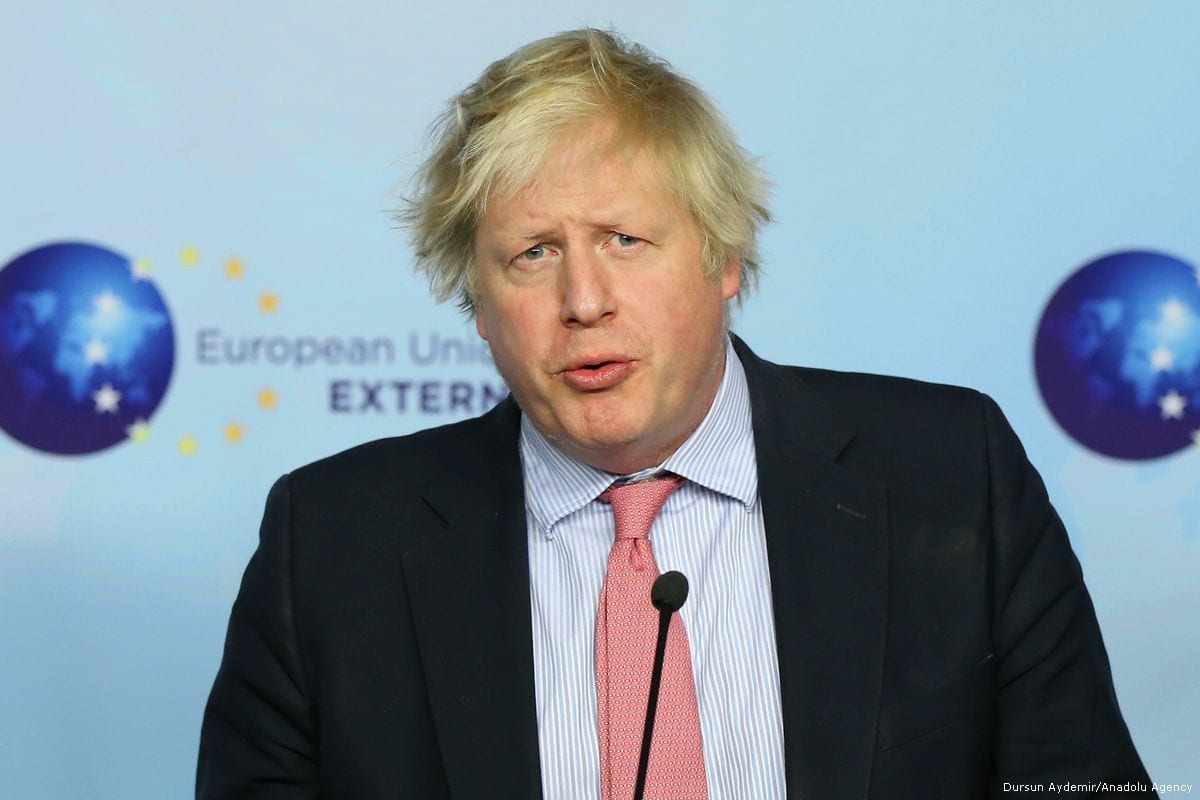 The United Kingdom has used targeted assassinations via drone strikes as "payback" against British nationals who join Daesh in Syria and Iraq, a former UK foreign secretary has said.

According to an article in the Times newspaper, Boris Johnson, the former UK foreign secretary, has challenged those who criticised current FM Sajid Javid's decision, the home secretary to assist in the prosecution of a pair of British Daesh fighters caught in Syria who could be given the death penalty in the US. Johnson said that British ministers would have ordered their deaths in Syria if possible.

"Suppose the grisly pair had been located a couple of years ago in Raqqa," Johnson said. "And let's suppose there was a reaper drone overhead."

"Would we provide the details knowing that they would be killed without a chance for their lawyers to offer pleas of mitigation on account of their tough childhoods in west London? Too damn right we would."

Trump: US, France and UK launch strikes on Syria

Johnson went on to suggest that a British suspect's past would be taken into account when deciding whether to authorise drone strikes.

"Of course we legally justify these drone strike assassinations as preventative: to stop future acts of terror in Syria. But that scarcely masks the reality that killing them is also retributive."

Boris Johnson says UK government authorised drone strikes to kill alleged terrorists because of what they had done in the past not what they might do in future. That moves them from legal self defence to illegal extrajudicial execution. All part of preparing a populist leader bid pic.twitter.com/jTn0FLHlEd

Human rights groups including Amnesty International slammed Javid's position early this week, saying that the UK has taken a "huge backward step" on the death penalty. The pair, El Shafee Elsheikh and Alexanda Kotey, are allegedly members of a four-man cell of Daesh executioners in Syria and Iraq which British media have nicknamed "The Beatles".

They were captured in January this year and stripped of their British citizenship, triggering a debate whether they should return to the UK for trial or face extradition in the US.

Mohammed Emwazi, dubbed "Jihadi John", and Aine Davis, are alleged to have also been part of "The Beatles". Emwazi was targeted and killed in a US drone strike in 2015, after appearing in a number of Daesh videos showing the capture of British aid worker Alan Henning and US journalist James Foley and Steven Sotloff – both killed by executioners.

Last week, a two-year probe by the All Party Parliamentary Group (APPG) on drones claimed that British military personnel could be prosecuted for murder and complicit in alleged war crimes. The inquiry called upon the British government to immediately publish its "targeted killing" policy, just as the United States and Israel have done previously, but more importantly to establish "an independent scrutiny mechanism responsible to Parliament in the event that any UK drone (armed or unarmed) is used in an operation where lethal force is employed," the report said.

The UK's military engagement in Syria and Iraq since 2014 against Daesh raised some serious questions about the legality of the British assassination programme by drone strikes. Currently, all drone strikes involving civilian casualties and cases where British nationals have been killed go without transparency or accountability.

The US-backed Syrian Democratic Forces are currently holding some 600 foreign fighters in custody, according to the Pentagon. The fate of foreign fighters has been subject to heightened debate since the establishment of Daesh in Syria and Iraq.

UK drones personnel could be liable for war crimes