Jared Kushner is wrong; collective punishment will not lead to peace 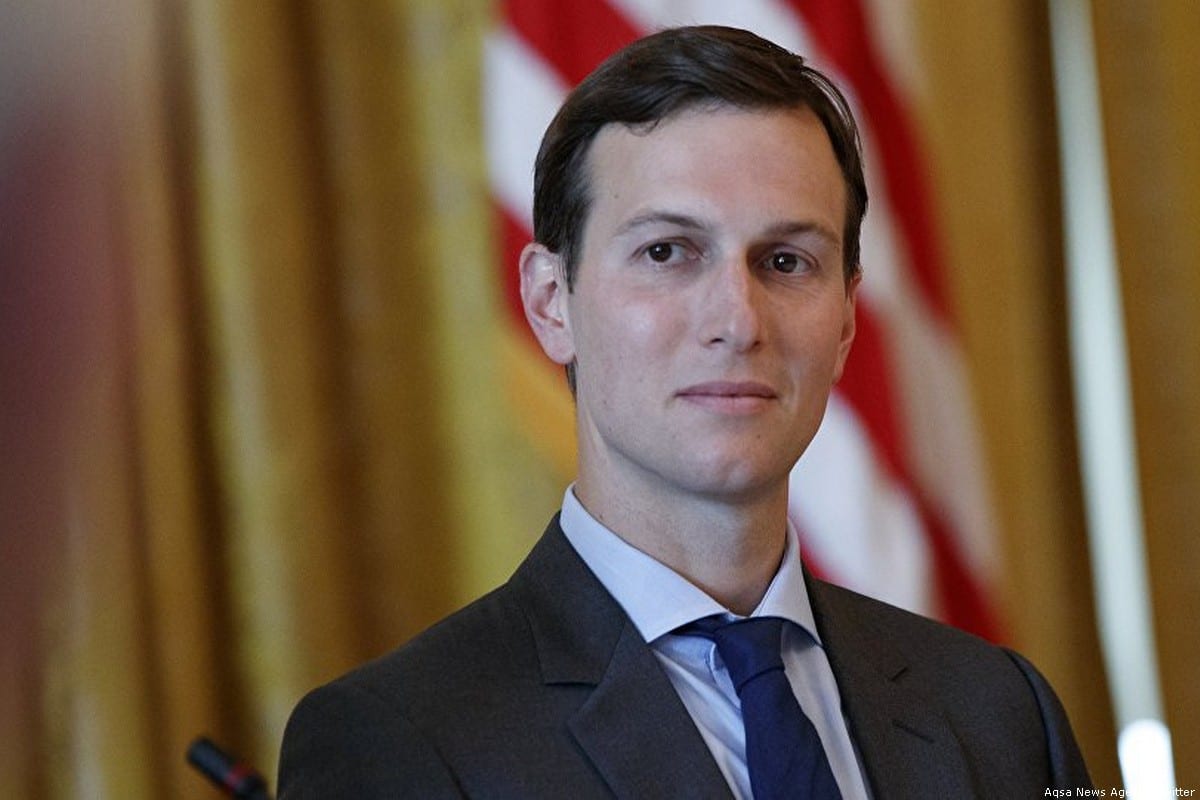 Last week, exactly 25 years after the signing of the Oslo Peace Accord, Jared Kushner commented on the punitive measures that his father-in-law, the President of the United States, had taken against the Palestinian people. "There were," said Kushner, "too many false realities that were created — that people worship — that I think needed to be changed."

Ah yes, the false realities that people (for which read Palestinians) worship, and for which they must be punished. Let us look at them, Mr Kushner.

On 24 August, the US State Department announced that it was cutting $200 million in humanitarian assistance for the occupied West Bank and Gaza. A week later, the US withdrew $350 million from the UN agency charged with providing essential services to Palestinian refugees, UNRWA. On 9 September the Trump administration pulled the $25 million that the US contributed to the East Jerusalem Hospital Network. The day after that, President Trump ordered the closing of the PLO office in Washington, and on 14 September he cancelled $10 million that went towards a joint Israeli-Palestinian reconciliation programme.

Rather like an Old Testament prophet — albeit one remarkably ill-informed — this young New York real estate dealer, elevated to the status of Middle East peace-broker by his equally ignorant father-in-law, has determined that the best way to force his peace deal on the Palestinians is to punish them collectively: men, women, sick children, the old, the young, the incapacitated; in other words, all Palestinians.

Where have we seen such a doctrine of collective punishment used before? The British used it in South Africa during the 1899-1902 Boer War. They were the first to introduce what were called "concentration" camps. This was a concept utilised and honed to a brutal and awful perfection by the Nazis. Now the Israelis have their own version of collective punishment; the siege on the Gaza Strip, in all its misery, has an eerie echo of the Warsaw Ghetto of World War Two.

Now Jared Kushner has invoked his own brand of collective punishment on the Palestinians. As far as he is concerned, it is just like another Manhattan real estate deal. You have difficult tenants? They are in a property you want to acquire? Force them to accept your terms by making the daily task of simply living very hard and nasty, as if it wasn't tough enough already.

With the full weight of US Bully-in-Chief Trump behind him, Kushner argues that, "All we're doing is dealing with things as we see them." No, Mr Kushner, it is what you do not see that should concern you. Let me, please, show you just one programme that in your vicious ignorance you threaten to destroy.

It is called the Parents' Circle and Family Forum (PCFF). It was one of a host of reconciliation programmes funded by USAID; those funds have now been cut.

PCFF was launched in 1995 by Yitzhak Frankenthal, whose son Arik had been kidnapped and murdered the previous year by Hamas. His idea — and it is a great and noble one — was to bring together Palestinian and Israeli families grieving the loss of an immediate family member who had died as a direct result of the conflict.

There are now 600 families involved in PCFF. Each one has a story to tell; they are all incredibly moving and you can find them here: http://theparentscircle.org/en/about_eng/

But first, for the benefit of Jared Kushner, allow me to mention two stories in particular. The first is told by Robi Damelin. Her son David, a reluctant soldier and a peace activist, was shot and killed by sniper fire in the West Bank. "He had a compassion for all people," says his mother, "and understood the suffering of the Palestinians; he treated all around him with dignity."

David's killer was arrested and is now imprisoned for life. Robi has written a letter to his family which reads in part: "What makes our children do what they do? They do not understand the pain they are causing, your son by now having to be in jail for many years and mine who I will never be able to hold and see again or see him married, or have a grandchild from him." She has yet to have a reply but continues to believe that one day it will come.

Bushra Awad's eldest son Mahmoud was shot while protesting against an incursion by Israeli soldiers in his village near Hebron. He died of his wounds in hospital. Bushra describes her anger thus: "My heart was filled with revenge, sadness, pain and endless sorrow." She suffered for three years, withdrawing from her husband and her family, before a friend suggested PCFF.

"I refused adamantly and asked her how I could shake the hand of the Israeli side that killed my son," explains Bushra. "A little while afterwards that same friend invited me for coffee in her house. When I arrived, I met an Israeli woman called Robi in the living room, and I immediately turned to leave. I didn't want to meet her or talk to her, but then the woman got up and asked me to stay. She said she would like to hear the story of my son, Mahmoud. I sat down and began to tell her. When I showed her his photograph she burst into tears. She later told me her story and the story of her son, who was killed by a young Palestinian man in 2002. After my meeting with Robi, I understood that our tears are the same tears."

These families have taken huge steps and continue to take them to reach across the divide of anger, hatred, sorrow and seemingly never-ending pain to try and find a way toward peace and reconciliation. This is where hope for something better can begin. Nurtured, it will grow.

According to Jared Kushner, by removing what he calls "false realities" there is "a much higher chance of actually achieving a real peace."

Were he to be brought into a room where Robi and Bushra sat; were he to take just a few minutes to listen to their stories; I wonder, would he dare to call what they are doing a false reality? Would he still make the arrant and empty boast that by cutting funds to PCFF and all the other agencies and programmes affected by America's punitive measures he is enhancing the chances for peace?

No, what Jared Kushner and Donald Trump are perpetrating is an act of pure wilful destruction, borne out of high arrogance and a profound and awful ignorance. Theirs is the actual "false reality" and it will most surely lead, not to peace, but to an even greater tragedy than that which has already engulfed the Palestinians and scarred so many Israelis.