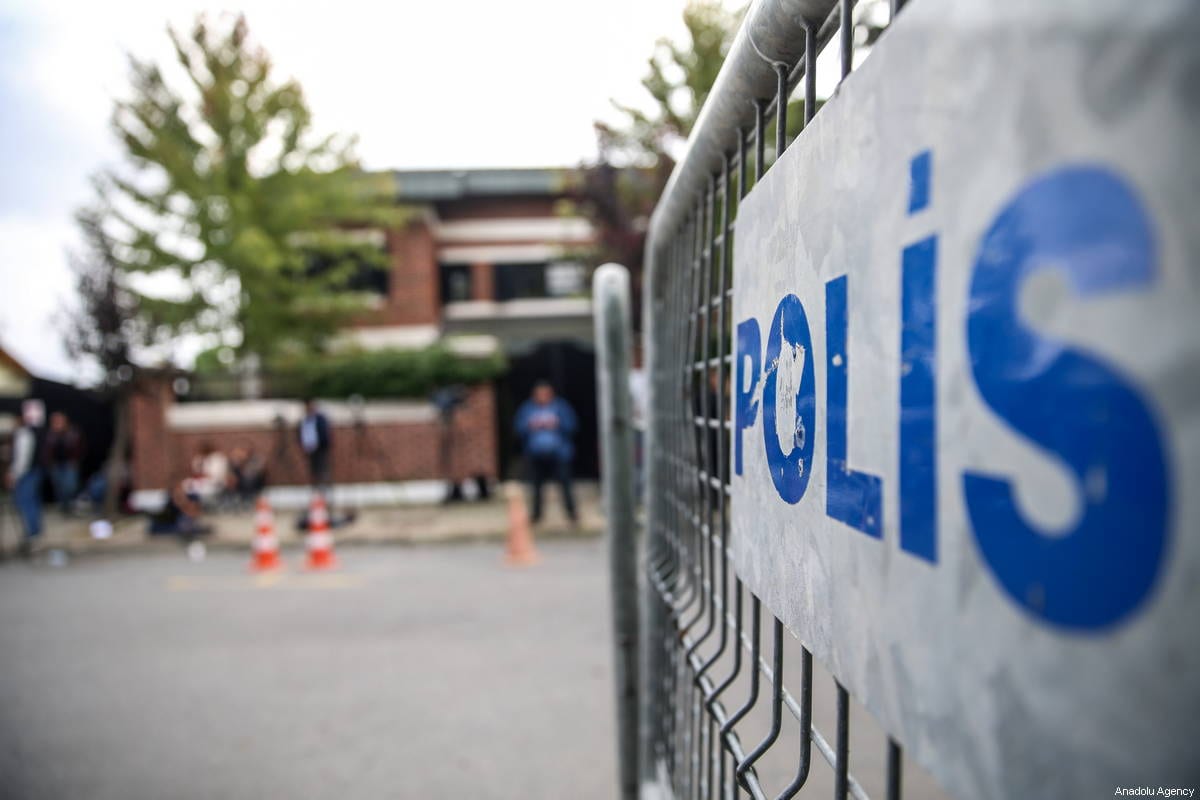 Police barricades are seen in front of the Saudi consulate as the waiting continues on the killing of Prominent Saudi journalist Jamal Khashoggi in Istanbul, Turkey on 20 October 2018 [Muhammed Enes Yıldırım / Anadolu Agency]

One image that resonates in the aftermath of Jamal Khashoggi's death is of the man standing outside the Saudi consulate in Istanbul wearing a blue suit jacket and clasping his hands together. He bows as Jamal walks past – "welcome to your death", we can imagine him saying.

This image was captured on 2 October, it's the last footage of Jamal alive. Since then we have learnt that a hit team flew from Saudi Arabia and murdered him because they did not like his political views.

Jamal did not just have political views – he had a fiancé waiting for him outside, a new life ahead of him and four children.

Over the past several years, how many journalists across the Middle East have been murdered because they wanted to stand up and ask their governments to respect the rule of law, to create conditions in which they can live comfortably and to provide opportunities for them and their children.

Iraq and Yemen are among the most dangerous countries in the world to be a reporter, whilst Egypt has recently been called an open air prison for critics. Some 82,000 people have been forcibly disappeared in Syria since the start of the war and 14,000 tortured to death.

The higher the figures climb the more desensitised we become to them. Like Jamal, all of these people also had lives, families to go home to and dreams for the future they hoped one day to fulfil.

Over the past few years there have been a number of tragic incidents like Jamal's death that have attracted considerable media coverage here in the UK. Through them we have been forced to consider facts on the ground in the Middle East that otherwise we can conveniently ignore.

The Rabaa massacre in Egypt when 1,000 people were killed in a single day was one of these; so was the US supplied Saudi bomb that tore apart a school bus in Yemen and killed 40 children.

Following these events there was media outrage and wall-to-wall media coverage. But now? There is nothing.

It's not just that our governments have failed to play their role in holding the perpetrators of these atrocities to account, it's that since these atrocities happened they have actively pushed for closer economic ties with these countries.

In 2016, three years after the massacre, UK investments in Egypt reached £23 billion, which makes it the country's largest foreign investor. There are 60,000 political prisoners in Egypt yet instead of using its influence to force Egypt to behave, the UK has awarded President Al-Sisi with £383,000 of investment for every Egyptian locked up for criticising the government. 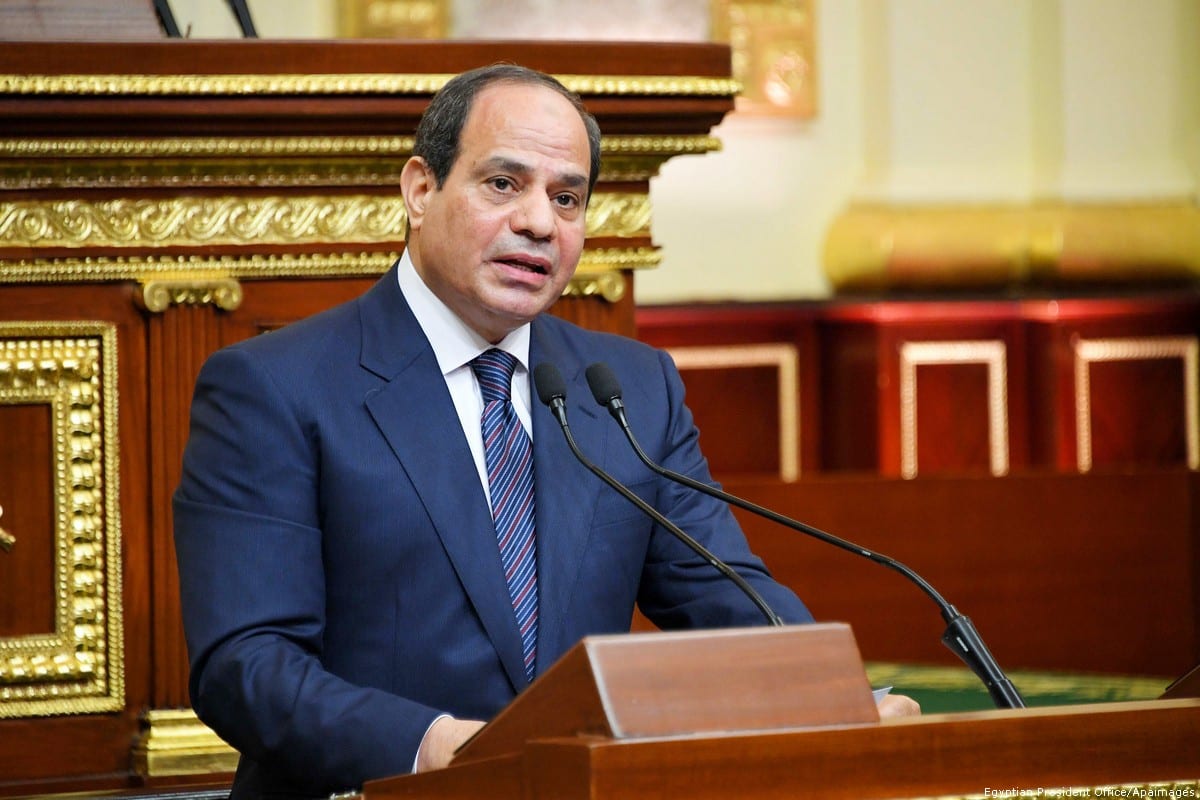 The 40 school children on the bus constitute part of a much wider tragedy in Yemen – 10,000 have been killed by the Saudi-led coalition – yet since the Conservative Party won the last elections they have sold Riyadh £5 billion of arms and pocketed £500,000 for every tragic death. It is clear today that our government sees securing business deals with these autocratic leaders as more important than protecting or speaking up for their people.

Jamal's murder has once again brought into sharp focus atrocities taking place in the Middle East. People have asked why did it take this and not the murder of civilians in Yemen – but he has become the human face that represents all of these tragedies, a symbol of the brutality of autocratic leaders in the region and of our failure to hold them to account.

Over the years there has been relatively steady pressure for the UK to give up its arms sales to Saudi yet the British government has shown an inability to relinquish profit, unlike Richard Branson of the Virgin Group and Google which recently pulled out of "Davos in the desert", the Saudi investment conference held last week.

It's interesting that these are the ones who have taken a stand as the capitalist nature of these corporations means we generally regard them to be soulless. On the other hand art galleries like the British Museum, which are supposed to be the most liberal of our institutions, have much Saudi funding and have largely avoided taking a stand.

From that day we saw Jamal walk into the embassy, greeted by the man in the blue jacket, it took seven days for our government to comment on the crisis and even then they issued a joint statement with the UK and Germany. Why did it take our Foreign Secretary Jeremy Hunt an entire week to demand "urgent answers" from Riyadh?

UK International Trade Secretary Liam Fox was still considering attending the event in Riyadh but when the Dutch and German ministers cancelled their visit he had no choice but to follow suit. He changed his mind purely because he was under so much pressure, which shows how powerful we can be when we collectively take a stand against human rights abuses.

As British people and benefactors to some of the worst dictators in the region we have a unique role to play in this case. We should learn from the mistakes of failing to hold to account the Egyptian government for what they did in Rabaa and the Saudi government for their role in Yemen which has allowed this perpetual cycle of violence to continue. If the killing and dismemberment of Jamal Khashoggi does not end our arms deals to Saudi, we have to ask ourselves what will.