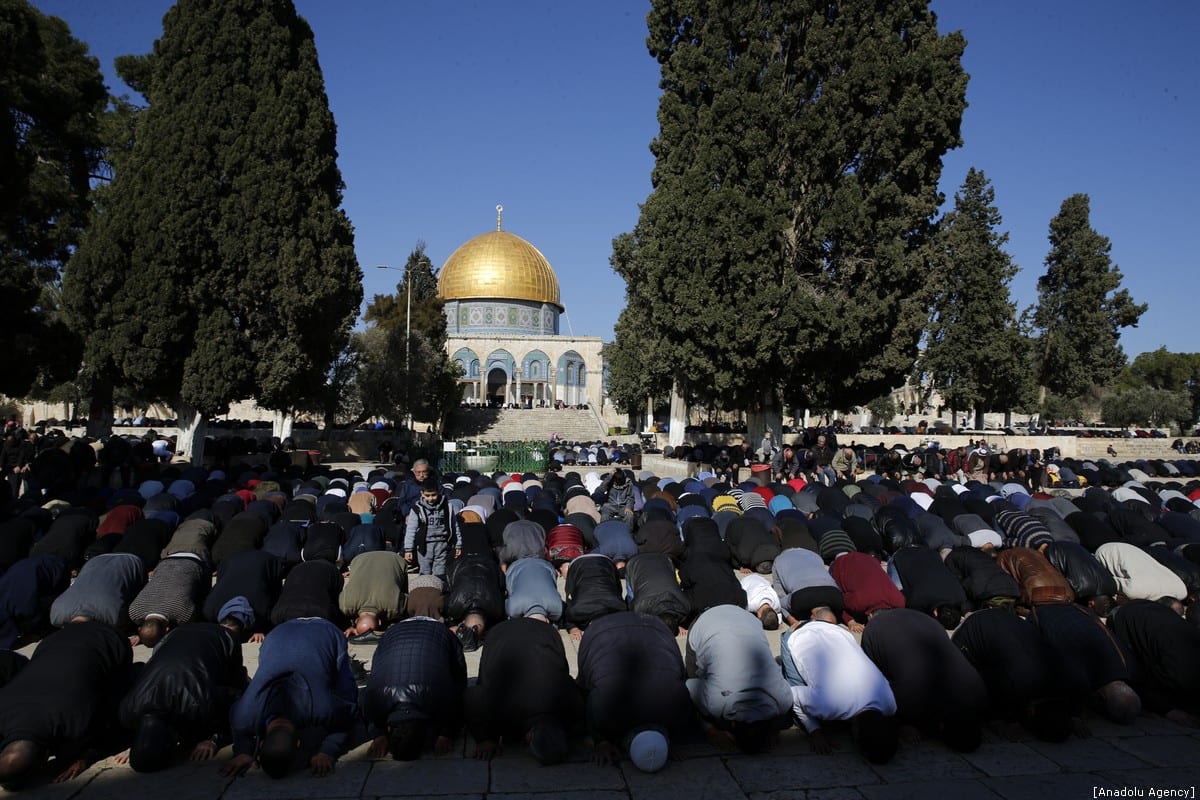 Chief of Hamas' Political Bureau Ismail Haniyeh yesterday called for Palestinians to use all means to defend Al-Aqsa Mosque against the continuous Israeli aggression.

In the statement, he criticised the Israeli violations against the Muslim holy site, including the closure of its gates, stressing "this is extraordinarily alarming".

These violations, the statement said, "highlight the Israeli intentions to impose new restrictions in order to partition Al-Aqsa Mosque ahead of a full takeover of the holy site."

He "hailed the Palestinian people in Jerusalem, especially the Palestinians defending Al-Aqsa Mosque and foiling all Israeli conspiracies which aim to impose a new reality on the ground."

He also called for all the Palestinian people in the West Bank, Jerusalem and within Israel "to gather on Friday at Al-Aqsa Mosque and defend it in order to foil the newly imposed Israeli measures aimed at Judaising the compound."