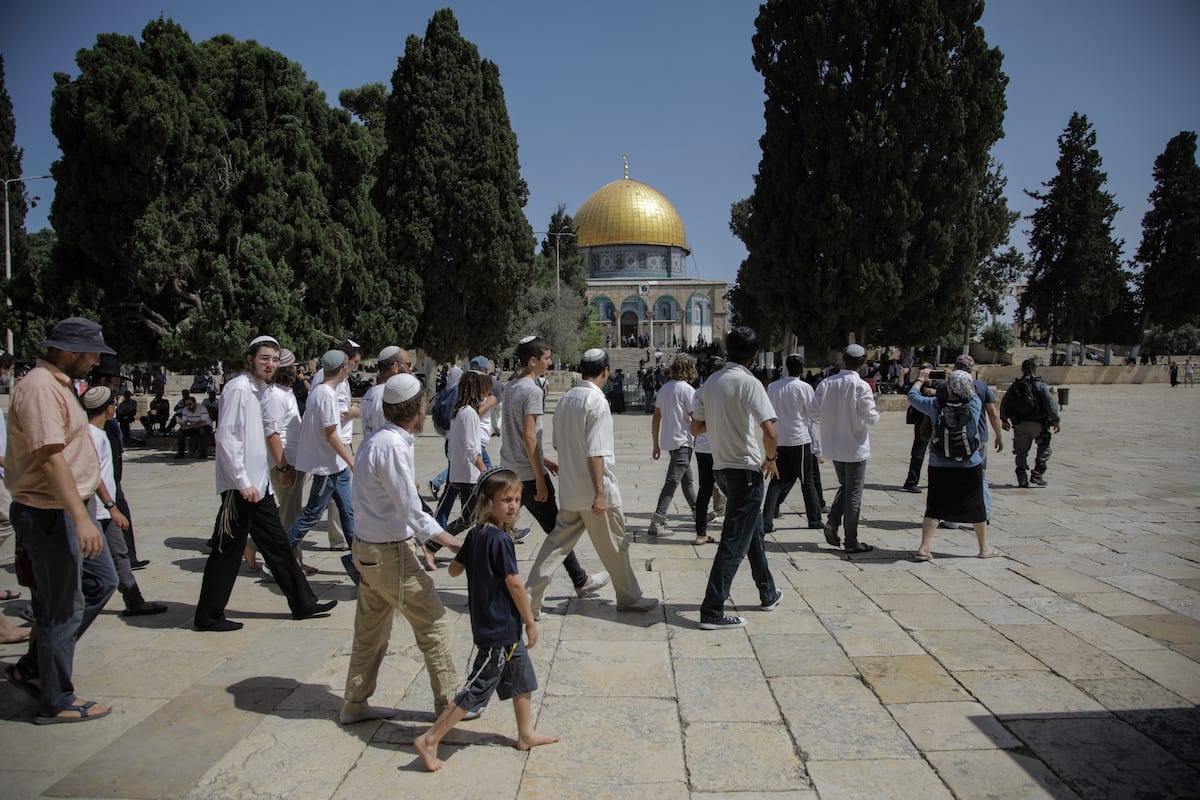 "Israeli police shut the compound's Al-Mugharbah Gate after allowing 334 settlers through it into the site," the Jordan-run authority tasked with overseeing the city's Muslim and Christian holy sites, said in a statement.

Last week, a settler tour inside the flashpoint site during the final day of the fasting month of Ramadan triggered clashes between Israeli police and Palestinian worshippers.

For Muslims, the Al-Aqsa represents the world's third holiest site. Jews, for their part, refer to the area as the "Temple Mount", claiming it was the site of two Jewish temples in ancient times.

Israel occupied East Jerusalem, in which the Al-Aqsa is located, during the 1967 Arab-Israeli War.

In a move never recognised by the international community, Israel annexed the entire city in 1980, claiming it as the self-proclaimed Jewish state's "eternal and undivided" capital.

Read: US ambassador does not rule out Israeli annexation in West Bank

Jews participate in a celebration march as part of the 52nd anniversary of the occupation of East Jerusalem by Israel, at Jerusalem’s Old City on June 02, 2019. Israel has illegally occupied East Jerusalem, where Al-Aqsa is located, since the 1967 Arab-Israeli War. ( Faiz Abu Rmeleh – Anadolu Agency )