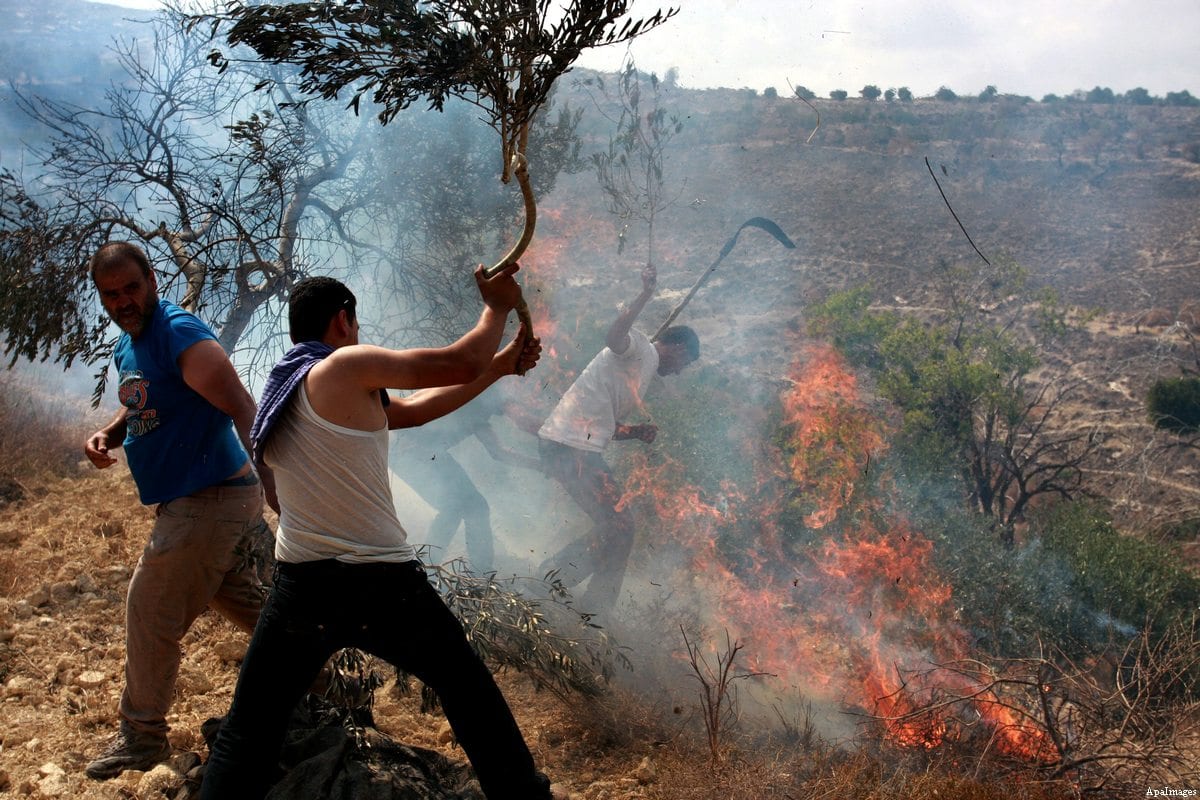 Palestinians try to extinguish a fire in an olive grove after it was set alight by settlers from a near by Jewish settlement in the West Bank [Wagdi Eshtayah/Anadolu Agency]
June 18, 2019 at 1:25 pm

A group of Jewish settlers yesterday set fire to farmland in the occupied West Bank. The land targeted is located in the villages of Beitin and Burqa, east of Ramallah, and near the illegal settlement Givat Asaf.

Crops, including 30 olive and fig trees and grapevines, were destroyed as a result of the arson.

This is the latest in a number of settler attacks in  the occupied West Bank. On Sunday, settlers uprooted dozens of Palestinian-owned olive trees in Bani Na'im, a town east of Hebron. The trees were planted in lands illegally seized by Israeli authorities last month.

At dawn yesterday, Israeli settlers sprayed anti-Arab and Palestinian racist graffiti on a mosque with and punctured car tyres in Kafr Malek village, east of Ramallah. Similar attacks occurred this morning at dawn in the town of Deir Istiya, northwest of the West Bank city Salfit.

Last month, the Israeli human rights organisation B'Tselem released a video showing illegal Israeli settlers setting fire to fields in the occupied West Bank, contradicting the Israeli army's claim that the blaze was started by Palestinians. It was later revealed that one of the settlers found starting the fire was an Israeli soldier.

Settlers regularly attack Palestinian property and are rarely held accountable by Israeli authorities. According to B'Tselem, the Israeli army had granted "almost total immunity" to the settlers involved in last month's attacks, as none were interrogated or arrested following the incidents.