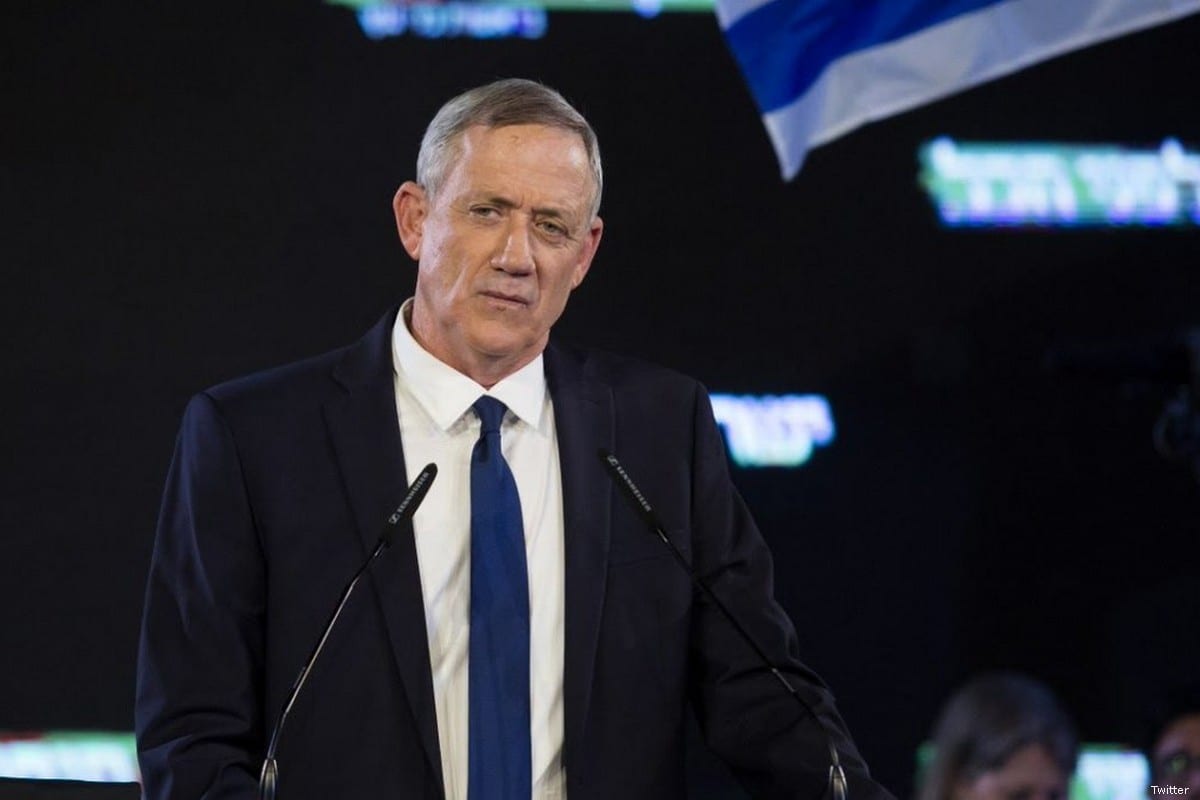 Israeli opposition politician Benny Gantz, the leader of Blue and White Party and former military head, declared on Thursday that he does not intend to remove settlers from the occupied West Bank.

In radio interviews, Gantz affirmed that his party is in favour of "striving for an agreement" so long as it is based on "strict adherence to the security arrangements and, of course, our historical right to the State of Israel, the Jordan Valley, the settlement blocs, and of course Jerusalem".

Gantz also clarified that any "arrangement" that emerges in the context of peace talks would ultimately be "brought to the people for decision" (i.e. a referendum).

Addressing remarks made by Prime Minister Benjamin Netanyahu on Wednesday at an event in a West Bank settlement, Gantz similarly affirmed that "no one will be uprooted from his home".

"Either way, the settlements in Judea and Samaria [the West Bank] will develop, and we'll be in constant contact with them; no one should feel threatened," Gantz added.

The Blue and White leader continued:

We're not dealing with the Palestinian issue now, we won't uproot settlements, we'll leave the settlements; we are not threatening anyone with uprooting.

In his media comments yesterday, "Gantz pointed out that on the issue of a deal with the Palestinians, he and Netanyahu were on the same page."

"Netanyahu said that whatever the deal, we are not throwing anyone out of their houses," Gantz said. "In other words, he will seek out an agreement and ensure that everyone remains in their homes. If that is the deal, I am in favour."