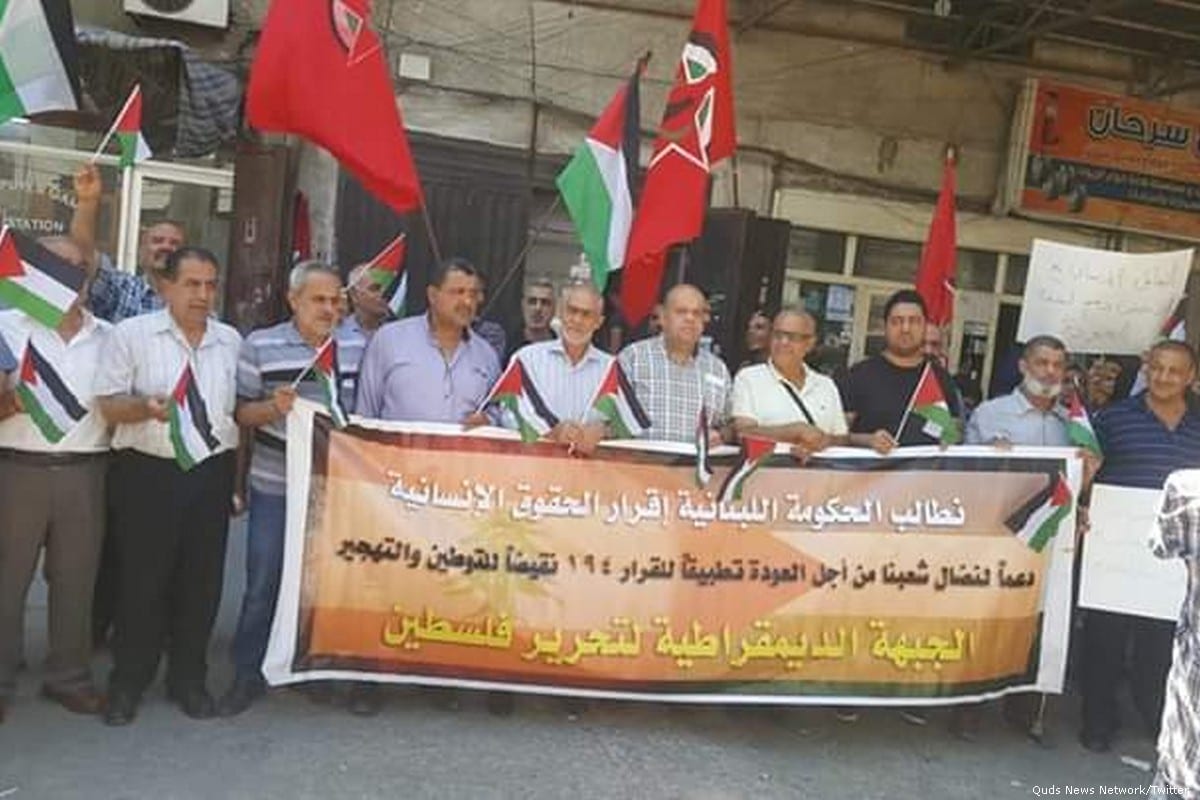 Palestinians in the refugee camp of Baddawi in Lebanon protest against the imposed restrictions on their work opportunities on 15 July 2019 [Quds News Network/Twitter]
July 16, 2019 at 9:27 am

Palestinian refugees have held protests against discrimination by the Lebanese authorities for the second day, after the government imposed restrictions on their work opportunities, Arab48 reported yesterday.

This came after Minister of Labour Kamil Abu Sleiman ordered employers to suspend Palestinian and Syrian workers who do not have the necessary work permits.

During the protests, the refugees criticised Abu Sleiman accusing him of helping implement the US' deal of the century, which they say aims to liquidate the Palestinian cause.

Meanwhile, hundreds of refugees took to social media to highlight the discriminatory law, which they said targets around 422,174 Palestinian refugees. The new measures, the explained, are tightening the rules around them and making life in Lebanon more oppressive.

Photo Essay: Life as a Palestinian refugee in Lebanon

The Alliance of Palestinian National Forces in Lebanon on Saturday called on President Nabih Berri to stop Abu Sleiman's decision.

The PLO stressed that this decision does not keep up with the official Lebanese stance which is supportive of the Palestinians and their rights, and stands against the deal of the century.