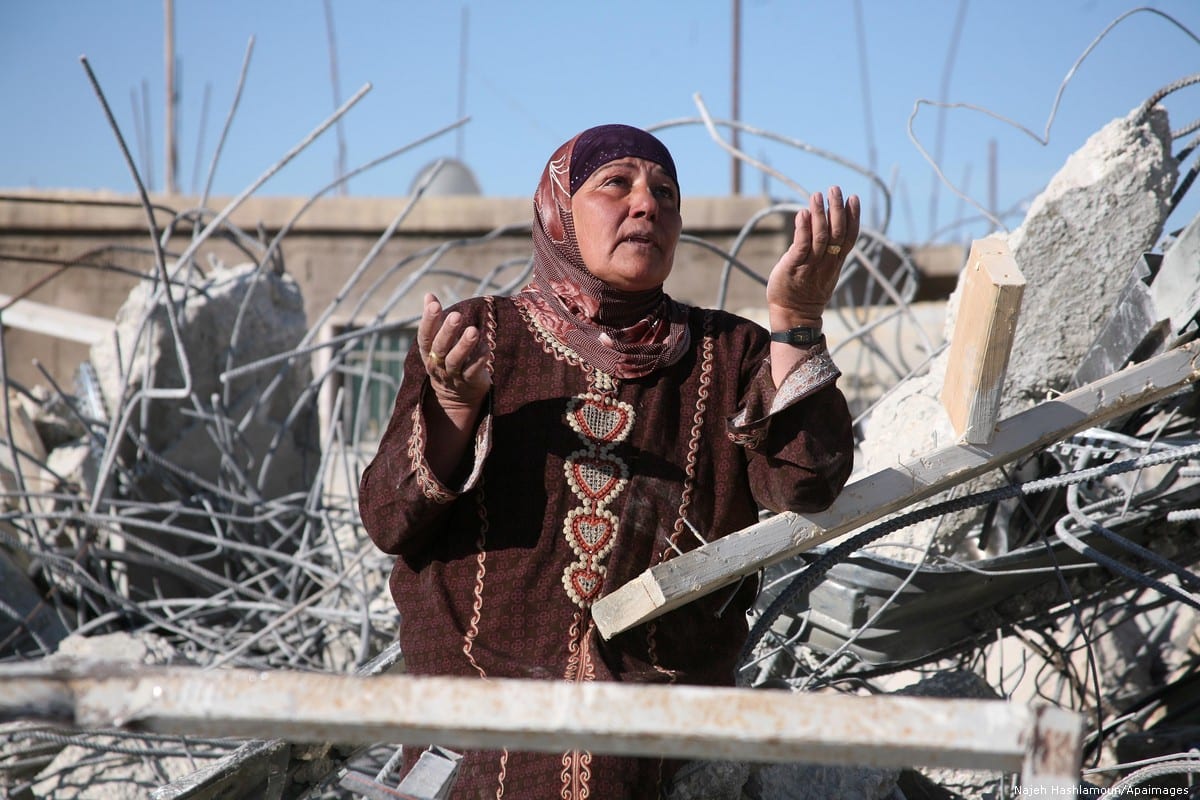 A Palestinian woman is seen among the rubble of her family home after it was destroyed by the Israeli army. The house was located in the so-called Area C in the West Bank [Najeh Hashlamoun/Apaimages]
July 31, 2019 at 11:27 am

Palestinian Authority (PA) said yesterday that there is no need for Palestinian to obtain permission from Israeli Prime Minister Benjamin Netanyahu to build homes in "Area C" of the occupied Palestinian territories.

This came in response to the latest leaks about the Israeli government's discussion to approve 6,000 new settlement units in the occupied territories along with 700 Palestinian homes in Area C.

Area C is a region of the occupied West Bank which is under Israeli military and administrative control following the signing of the Oslo Accords.

In its statement the PA's Foreign Ministry said that Netanyahu's policies prove that he deals with the occupied Palestinian Area C as a "strategic reserve" for Jewish settlements and "is turning the fragmented settlements to one contiguous geographical settlement block."

The statement said that this would make a "Jewish state of the settlers" in the occupied Palestinian West Bank.