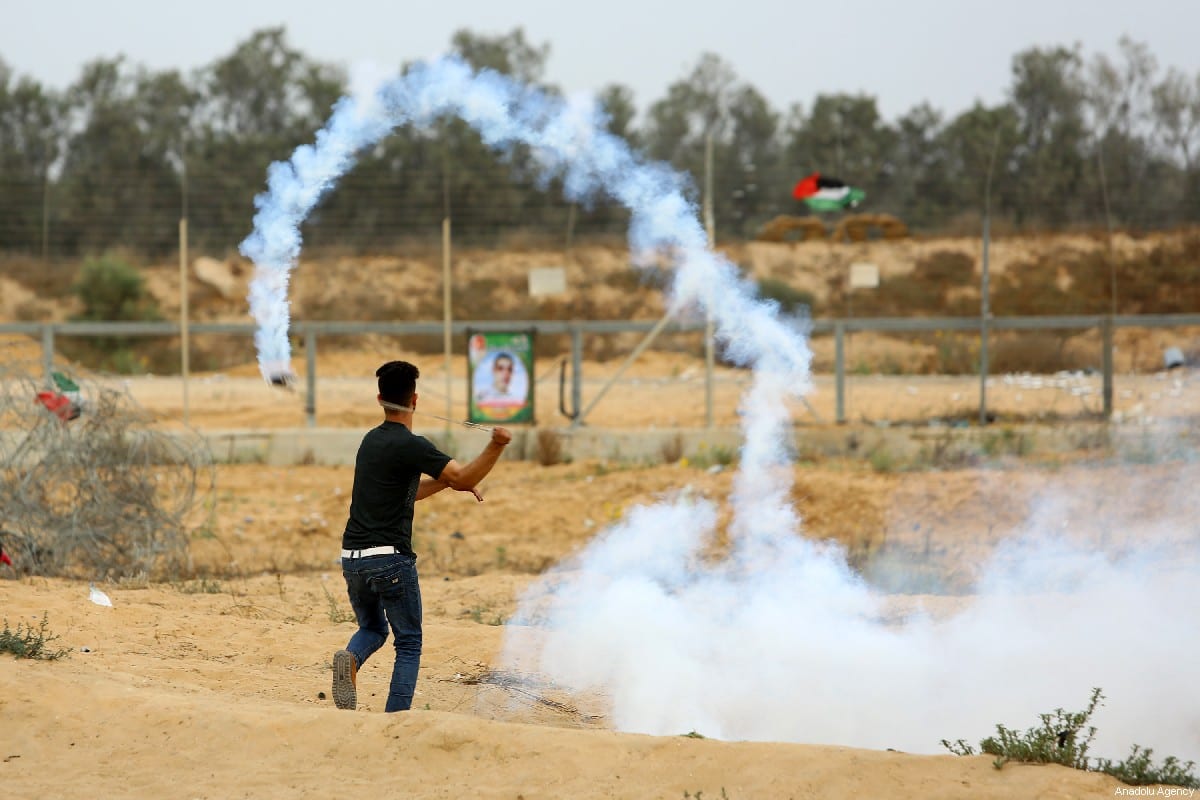 Palestinians use slingshot to throw back tear gas canister towards Israeli security forces during a protest within the "Great March of Return" near Israel-Gaza border, in eastern part of Rafah, Gaza on 31 May 2019 [Abed Rahim Khatib/Anadolu Agency]
August 6, 2019 at 6:00 pm

An Israeli human rights organisation said on Tuesday that tear gas canisters used to disperse the demonstrators have become an Israeli weapon to kill the protestors of the return marches in the Gaza Strip, killing seven Palestinians from direct injuries since March last year, Anadolu Agency reports.

"At least seven of the more than 200 people killed in the return demonstrations have been killed by gas bombs that hit their bodies," B'Tselem said in a statement.

According to the Israeli organisation, the data of the "OCHA" (Office for the Coordination of Humanitarian Affairs in the United Nations) indicates that there are more than 1600 wounded from such an injury.

"The firing of gas bombs in this way is part of the policy of firing that Israel has been implementing for more than a year near the border strip in Gaza,"

READ: 69 weeks of the Gaza March of Return

She said: "This policy is contrary to law and ethics in that it allows the injury of isolated people do not pose a threat to anyone."

The organisation noted that since the demonstrations began to return on the anniversary of the Earth Day on March 30, 2018, and until the end of June, Israeli forces killed 216 Palestinians, including 43 minors, and injured thousands of others.

They said: "Most of the dead and wounded were shot."

The organisation stressed that "even the means to disperse the demonstrations have been turned into the hands of elements of the Israeli security forces to a lethal weapon, including tear gas, although it is not prepared to hurt human bodies."

Palestinians are taking part in the return marches near the fence separating eastern Gaza and Israel, demanding the return of refugees to their towns and villages and lifting the siege on the Gaza Strip.