Amnesty: US arms used to kill civilians in Yemen 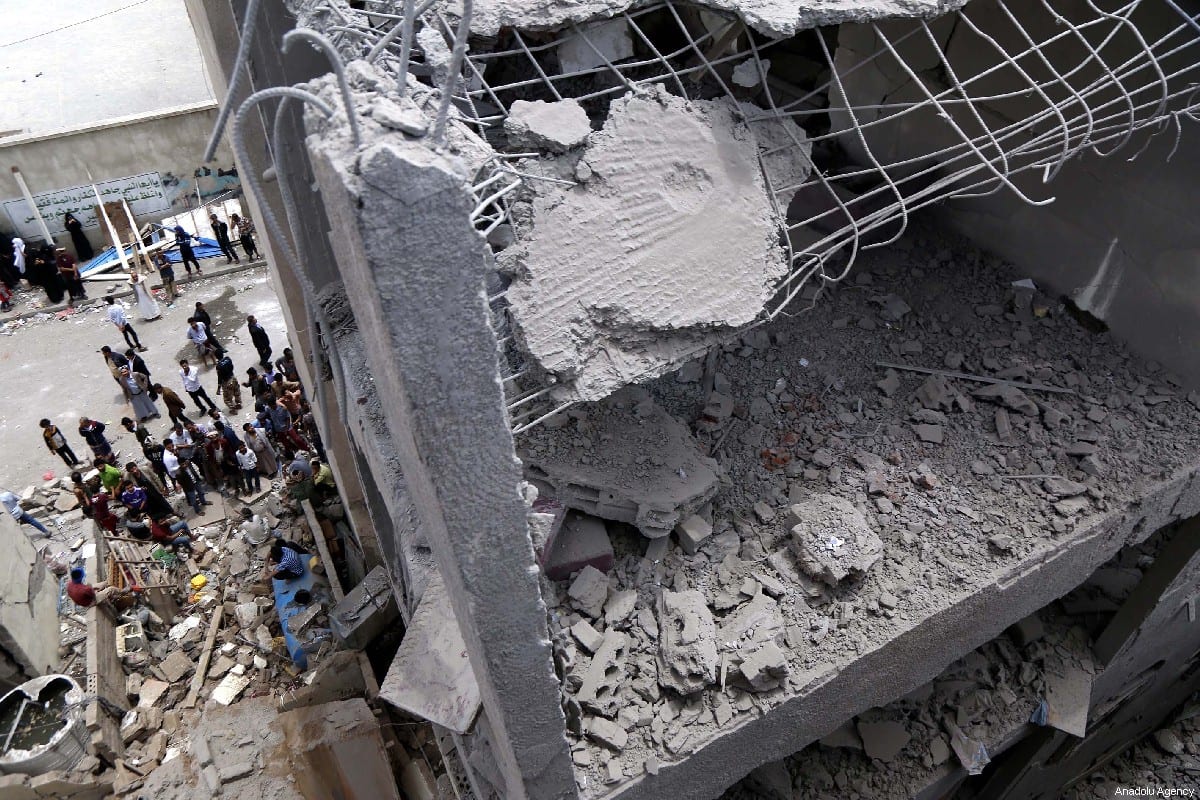 Damaged buildings are seen after the Saudi-led military coalition carried out air strikes in Sanaa, Yemen on 16 May 2019 [Mohammed Hamoud/Anadolu Agency]
September 26, 2019 at 1:41 pm

A bomb manufactured by a US corporation was used in a Saudi-led attack on a residential home in Yemen, killing six civilians including three children, according to a new report by Amnesty International.

The air strike, carried out by the Saudi and Emirati-led coalition, took place on 28 June and targeted the non-military site in the Ta'iz governorate, located in the southwest of the country.

It has been revealed that the laser-guided bomb was manufactured by US company Raytheon and is the latest evidence in allegations pointing to US involvement in the Saudi-led campaign in Yemen and serious violations of international humanitarian law.

The rights group analysed photographs of the remnants of the precision-guided munitions in addition to satellite imagery of the attack's aftermath, concluding that the bomb that hit a residential building was a US-made 230 kilogramme GBU-12 Paveway II.

Amnesty's Yemen researcher Rasha Mohamed said: "It is unfathomable and unconscionable that the USA continues to feed the conveyor belt of arms flowing into Yemen's devastating conflict."

Mohamed slammed the US and other western arms suppliers, namely France and the UK for their lack of empathy towards "the pain and chaos their arms are wreaking on the civilian population" and their disregard for international law, which amount to "possible war crimes".

Since the start of coalition air strikes in March 2015, Amnesty has investigated dozens of attacks and repeatedly found and identified remnants of US-manufactured munitions.

According to the Armed Conflict Location and Event Data Project (ACLED), around 67 per cent of all reported civilian fatalities in Yemen since 2015 have been caused by Saudi-led coalition air strikes, making the coalition "the most responsible for civilian deaths". The overall death toll of the conflict thus far exceeds 91,600.