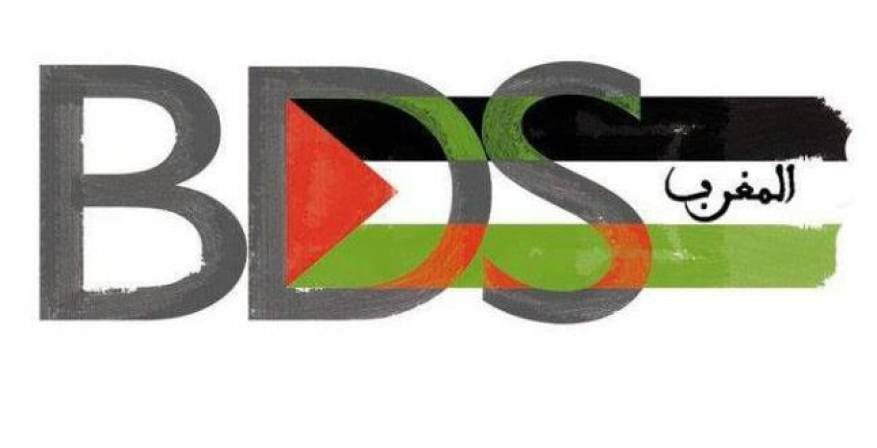 If any country which claims to be a democracy, its potential prime minister declares that the votes of a significant minority are not part of the democratic 'equation', they would be rightly condemned as racists. That is exactly what Israel's Benjamin Netanyahu declared when claiming he had won the recent Israeli elections when he said that he won among the"Zionist" voters because "Arabs are not part of the equation." Let that sink in. The reason Palestinian citizens of Israel are a minority is only because during its creation, 750,000 Palestinians were ethnically cleansed from their homeland through Zionist terror.

By 'Zionist' Netanyahu refers to Jews, an equivalence we are told should not be made because it is used by some to hide their anti-Jewish sentiments. At a stroke, Netanyahu delegitimised the votes of 300,000 of Israel's own citizens because they are not Jewish and would not vote for him.

Netanyahu has form when it comes to racism against non-Jewish citizens from his country. In an election day video in 2015 he urged his supporters to go out and vote because "the rule of the right is in danger, Arab voters are coming in droves to the ballot boxes," Netanyahu declared in the video. "Left-wing NGOs are bringing them in buses."

However, in quite a hypocritical U-turn after winning the election, Netanyahu decided to reach out to the Palestinian citizens of Israel offering a half-hearted apology. He said "I know the things I said several days ago offended some of Israel's citizens, hurt the Arab citizens," Netanyahu told invited representatives of the Arab community at the Prime Minister's Residence in Jerusalem. "This was never my intent. I apologize for this."

This was rejected by Joint List leader Ayman Odeh who called the apology a duplicitous "flip-flop." So long as Netanyahu "advances racist legislation… and does not promote real equality" for Israel's Arabs, said the MK, the prime minister's apology would not be acceptable or credible.

Both episodes in 2015 and recently show the racism that is at the core of Netanyahu's and the right-wing coalition ideology. Palestinian citizens of Israel are at best second class citizens. In 2018, Defence Minister Avigdor Lieberman on accused the leader of the Joint (Arab) List MK, Ayman Odeh, and his associates of being a "fifth column" and said they should be "outlawed" for their support of a Gaza solidarity protest in Haifa. Lieberman lamented the "systematic failure" of law enforcement to take action against Odeh "and his friends" and called for them to be "outlawed."

Current Israeli Defence Minister Naftali Bennet has also revelled in his racism against Palestinians, claiming in 2013, "I've killed lots of Arabs in my life – and there's no problem with that." In 2017 as Education Minister, he told MKs of Palestinian origin to choose to be either 'normal Israelis' or 'terrorists'. Bennett also believes that Palestinians 'already have their state in Jordan'.

Blue and White (Kahol Lavan) leader Benny Gantz would not contemplate forming a government with the Joint Arab List claiming he is not "afraid to speak to any legitimate political party, but the Joint List will not be part of the government I form." He said, "my disagreements with its leadership on the national and security issues are deep, difficult and unbridgeable,". He continued, "I intend to implement President Trump's peace plan, in coordination with all the elements in the region, and see it as a significant milestone." Israel "cannot tolerate support for terrorism or avoid condemnation," Gantz said.

Gantz did not object to the inclusion in Trump's plan a provision to strip 300,000 Palestinian Israeli citizens of their citizenship in 'land swaps', that would see the area known as the 'Triangle' become part of the so called Palestinian state, without asking that population for it's views.

None of the above discrimination and shear racism against Palestinians and Palestinian citizens of Israel should surprise us. Israel has over sixty laws that discriminate against its Palestinian citizens and Palestinians in the Occupied Territories. And most were implemented before Israel's main political leadership either drafted or supported in the Knesset in 2018 the 'Nation State Law' or as I called it Israel's "Jewish State Apartheid Law" when it was passed. At its core is the premise that only Jews have a right to self-determination in Israel, whatever Israel's borders are. In Trump's plan it is clear that Israel 'security border is the whole of historic Palestine, from the river Jordan to the Mediterranean Sea.

The question of whether Israel is an Apartheid state was settled in the ESCWA report, which was commissioned to assess in an academic manner by eminent academics Richard Falk and Virginia Tilley. They concluded in the peer reviewed report that Israel exercised Apartheid against the Palestinian people as a whole. And before the usual suspects rubbish the report's status because ESCWA was asked to take it down from its website, let me assure them about its status.

I asked former Under-Secretary-General Dr Rima Khalaf who resigned rather than take it down, she assured me that it is still an official UN report. Therefore, its conclusions stand. Israel is an Apartheid state, which should be isolated and shunned until its racist regime is dismantled, leading either to two independent, sovereign states, an Israeli and Palestinian state, or a single democratic state for all those it rules over between the river and the sea.

Israel cannot for ever continue to rule over half the people whose lives it controls on a daily basis, without giving them their legitimate rights and claim to be a democracy. Judging by the violent past 72 years since its creation, it will not have peace until it either separates Jews from others or accepts that all human beings are entitled to be treated equally and accept it cannot be Jewish and Democratic.

And here it cannot claim the problem is with the Palestinians who will not lie down and surrender. Neither can its backers in the West.

It is the same Western governments which sided with the oppressive Apartheid regime in South Africa that are siding with and protecting the Apartheid regime in Israel. Instead of sanctioning it for its crimes, the West bolsters trade with Israel and simply condemns its criminal actions as an illegal occupier who is commits war crimes almost on a daily basis at least in terms of its settlement enterprise. And when the Palestinians seek redress through peaceful, legal means and take the settlement file to the International Criminal Court (ICC), Israel's backers the US, Germany and Canada ask it not do so by claiming it does not have jurisdiction over Palestine because it is not a state.

When the Palestinians call for peaceful Boycott, Divestment and Sanctions (BDS), the US and France pass anti-BDS laws and France equates BDS to anti-Semitism. The UK has tried to ban pension funds from divestment from companies complicit in Israel's crimes and the Conservative Government only had Israel in mind when announcing it would legislate against boycotts by public bodies in its manifesto. It has also committed to forcing public bodies, including universities to adopt the flawed IHRA working definition of anti-Semitism, which has more to do with shielding Israel from criticism than it does protecting British Jews from real anti-Semitism.  That is also the reason why Israel's advocates have tried and failed to cancel Israel Apartheid Week on campuses across the world.

It seems the so-called international community is sending not mixed but rather clear signals to the Palestinians. They stand with Israeli Apartheid and against Palestinian rights. This is hypocrisy on heat.