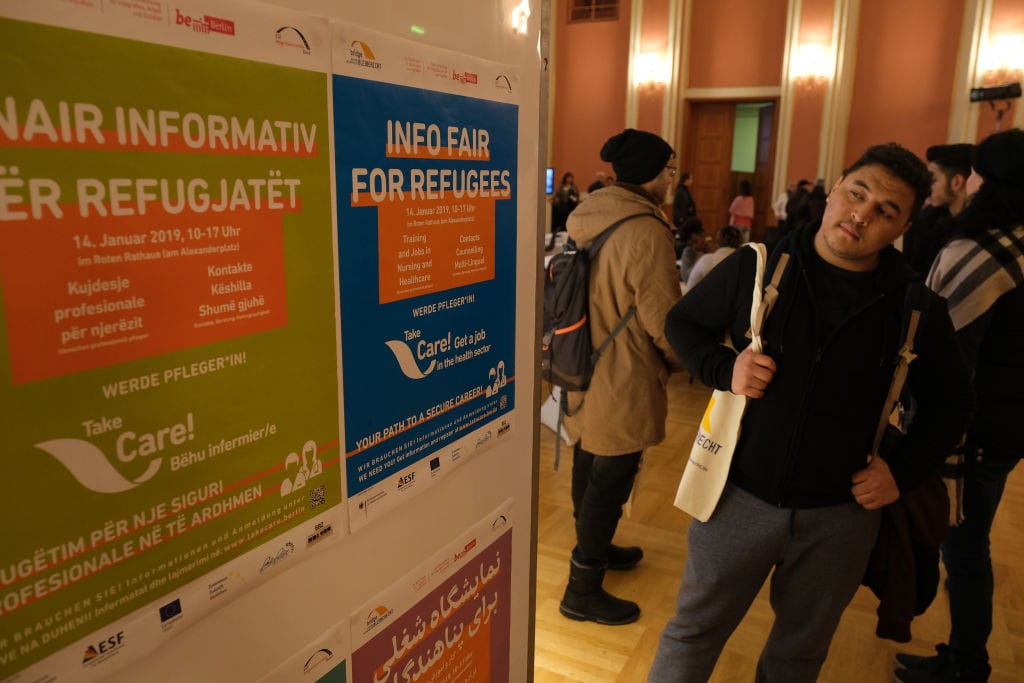 Visitors attend a jobs fair for refugees that promotes training programs and jobs in the caregiving and health care industries on January 14, 2019 in Berlin, Germany. [Sean Gallup/Getty Images]
March 18, 2020 at 6:16 pm

Germany on Wednesday announced it has suspended its refugee resettlement programs due to the coronavirus outbreak and travel restrictions imposed to stem its spread, Anadolu reports.

Speaking at a news conference in Berlin, Interior Ministry spokesman Steve Alter said the ministry temporarily stopped all of the refugee resettlement programs, including a major program as part of the 2016 EU-Turkey refugee agreement, to accept Syrian refugees from Turkey.

Alter said recent travel restrictions, and difficulties faced with partners such as the UN Refugee Agency and International Organization for Migration (IOM) in recent weeks, made it necessary to temporarily stop those programs.

As part of the agreement, Germany has accepted more than 6,000 Syrian refugees from Turkey since 2016.

Germany also had various other resettlement programs to take in refugees from the Middle East countries.