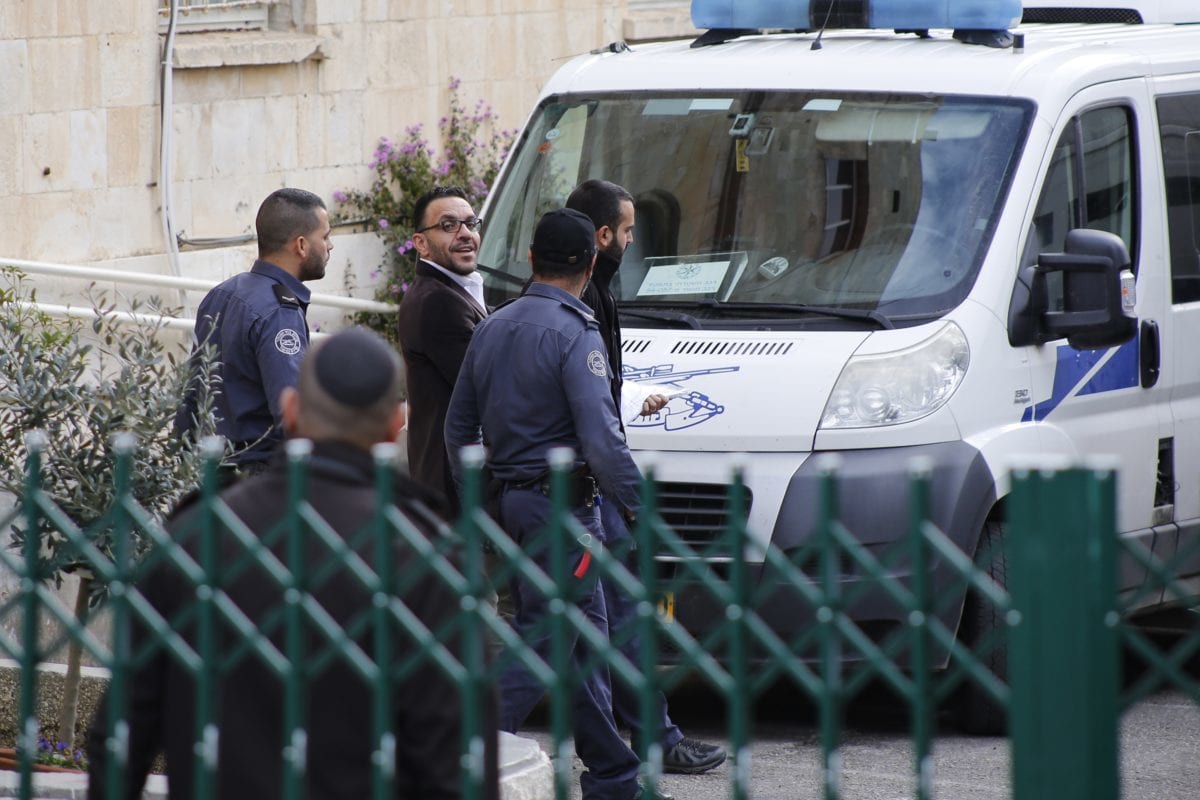 Jerusalem governor Adnan Ghaith (3rd R) is seen after Israeli court on Sunday ordered the release of him in Jerusalem on December 2, 2018 [Mostafa Alkharouf / Anadolu Agency]
April 5, 2020 at 2:03 pm

A video released by the Jerusalem-based Wadi Hilweh Information Center showed police forcefully detaining Ghaith from his home in Jerusalem's neighborhood of Silwan.

Ghaith has been detained several times in recent months.

The reason behind the detention remains unclear and the Israeli police have yet to issue an official statement.

In February, Israeli occupation authorities banned Adnan Ghaith from entering the West Bank for six months and from communicating with the Palestinian Authority (PA), despite being the PA's governor. He was previously arrested by Israeli forces in October 2019, and then again in November 2019.

PLO Executive Committee Hanan Ashrawi accused the Israeli occupation of undermining Palestinian efforts in the battle against coronavirus, referring to the Israeli escalation against Palestinian officials in Jerusalem, including the repeated detention of Jerusalem's Minister Fadi Al-Hadami.

Jerusalem remains at the heart of the decades-long Mideast conflict, with Palestinians hoping that East Jerusalem – occupied by Israel since 1967 – might one day serve as the capital of a Palestinian state. International law continues to view East Jerusalem, along with the entire West Bank, as "occupied territories" and considers all Jewish settlement construction there as illegal.