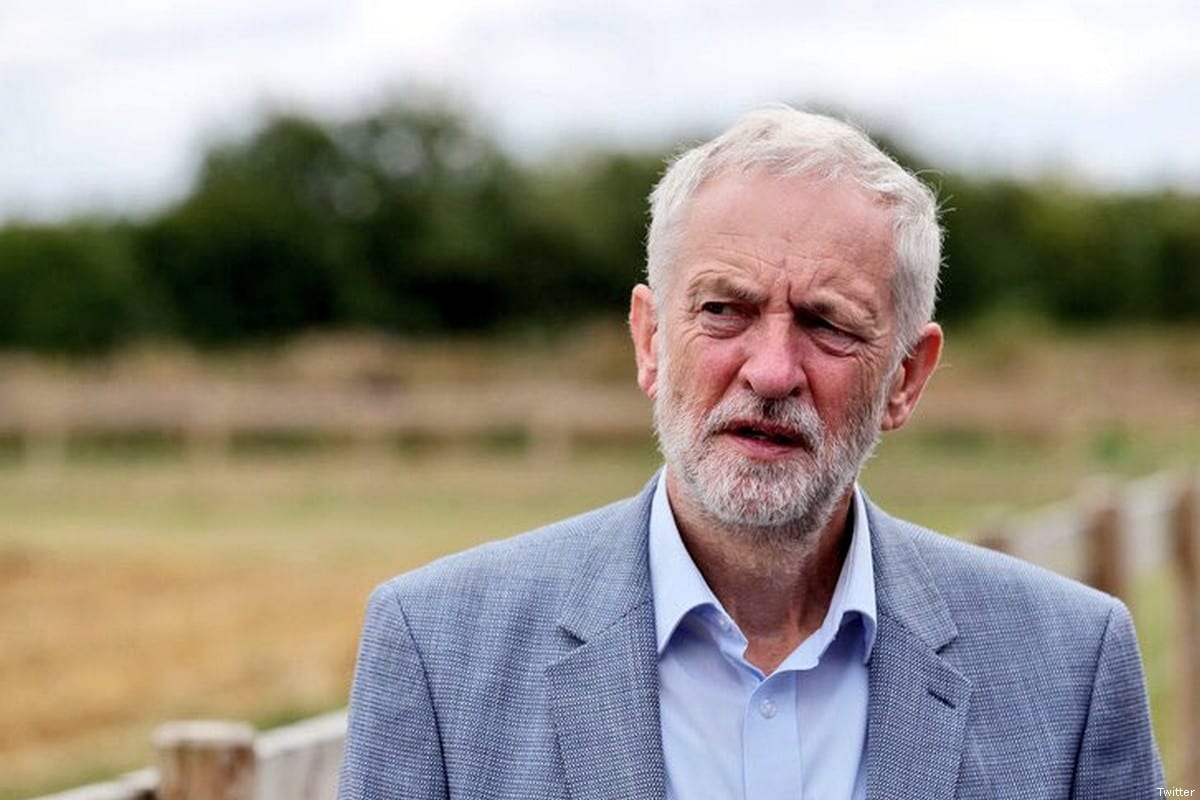 So that's it. Jeremy Corbyn is out. Not with a bang, but with a whimper.

With the media's attention rightly focused on the coronavirus pandemic, coverage of Corbyn's departure as Labour leader last weekend was muted.

In truth, the die had already been cast the moment Corbyn announced, after December's election result, that he would be stepping down.

For all his flaws, Corbyn and the popular movement behind him, represented the single best chance for radical change in this country for a generation. Now, all that is gone, and this is a moment of woe.

This marks the end of an era in British politics – and, indeed in world politics.

Corbyn represented a serious challenge to 40 years of neoliberal consensus among political leaders in the West. In that respect, even in defeat, he has had some success. The national narrative has changed irrevocably – austerity has been utterly defeated.

READ: What can we expect from Britain's new Labour Party leader on Middle East issues?

It is now quite unimaginable for a British politician to talk about cuts to public services, especially to the National Health Service.

Corbyn played a pivotal role in bringing about change to the way politics is talked about in this country.

But let's not beat about the bush, Corbyn lost the election in December. There's no avoiding that fact, and it was a serious defeat for the left.

What was the cause of that defeat?

In the reams of post-mortems that have already been written on Corbyn's political career, many have examined this question. But very few have acknowledged a major facet of Corbyn's defeat, if not the greatest factor of all – Corbyn's refusal to fight the Israel lobby.

Over the course of five years, the Israel lobby, in alliance with Labour's own right wing, relentlessly smeared and defamed Corbyn and his movement as anti-Semites.

This is a decades-old strategy employed by Israel and its lobbyists, which they continue to use, because it continues to work.

Corbyn unfortunately had no strategy to counter this. Instead, betrayed by even some on the Labour left over the issue, he eventually began to concede.

He reluctantly indulged the smears, repeatedly apologising for anti-Semitism in Labour, when in fact it was virtually non-existent – as all empirical polling data showed time and time again.

READ: Israel needs the Arab world to be ruled by dictators

These apologies were to no avail. The Israel lobby always demands more. They wanted him out, and they continued the defamation campaign until the bitter end.

A leader from one such pro-Israel group boasted in a bizarre video rant over the Christmas holidays last year, that they had "slaughtered" Corbyn.

Despite his lies about Labour anti-Semitism, Glasman was correct in one aspect: the Israel lobby did defeat Corbyn.

The success of the "Labour anti-Semitism crisis" smear campaign will have to be faced by the British left, if they ever want to succeed in changing the country.

It is not the case that the Israel lobby is all-powerful in objective terms – it is not, and that is the tragedy of the situation. If Corbyn had truly fought them, they would have crumbled.

Instead, he stood by, as good socialists and anti-racists like Ken Livingstone, Marc Wadsworth, Jackie Walker and Chris Williamson were purged from the party.

Polling by Lord Ashcroft after the general election indicated that the smear campaign was indeed successful. It was one of the top five reasons that voters had turned against Corbyn, after his major advances in the 2017 election.

That poll also showed that almost three quarters of Labour's membership thought that the anti-Semitism crisis had been "invented or wildly exaggerated". The same figure was 92 per cent among Momentum members.

If only Corbyn and his team had listened to his own members, instead of attempting to embrace his own most bitter enemies within the party, especially such internal Labour pro-Israel elements such as the Jewish Labour Movement and right-wing MP Margaret Hodge.

If the British left hopes to avoid Corbyn's fate in the future, they will have to learn this harsh lesson: never make concessions to the Israel lobby. It will never be enough, so they would be better served to reject their demands outright.