Israel's jail conditions will kill Palestinian prisoners before coronavirus does

Palestinian prisoners today are trapped fighting two fronts: one against the coronavirus pandemic, and the other against Israel's horrific jail conditions; they're dying trying to survive.

expected to increase greatly. Another detainee tested positive for the virus a few days after his release.

There are approximately 5,000 Palestinian political prisoners being held in Israeli jails, according to prisoners' rights group Addameer. 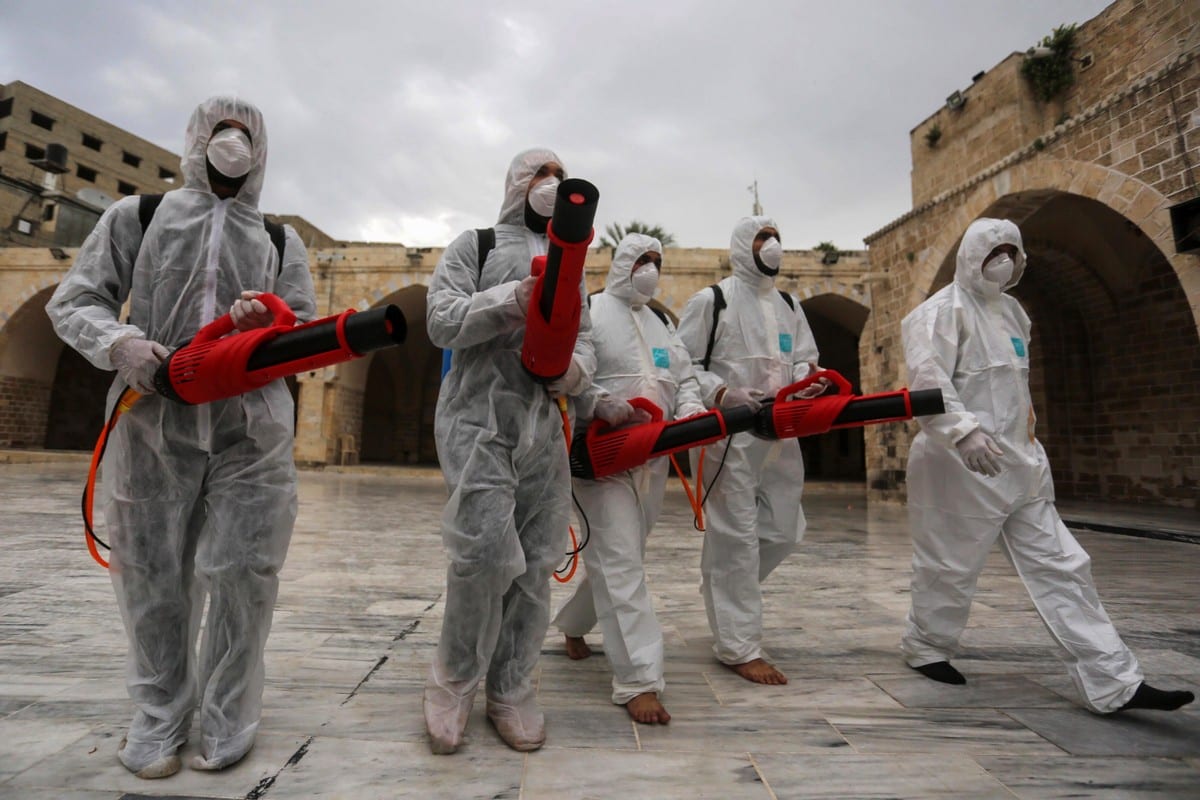 More than 700 male and female prisoners in Israeli jails are in need of serious healthcare – 17 of whom are in critical condition in the Ramla Prison hospital, which lacks adequate standards of medical care.

The majority are cramped in tight quarters, where prisoners cannot practice any form of social distancing, and are left without the necessary cleaning equipment and medical care to ensure their safety from even a less deadly contagion, let alone the potentially fatal coronavirus.

Numerous organisations have warned that it would take only one infected person to spread the virus across the whole captive population and lead to a devastating tragedy.

In spite of calls to release prisoners to save lives, Israeli authorities are not shouldering the responsibility and assuage international concerns by protecting Palestinian prisoners.

Israel is instead using the pretext of the coronavirus to heighten its abuse of Palestinian detainees by imposing harsher restrictions on them. The Israeli Prison Service (IPS) has limited sick and injured prisoners' visits to medical clinics and cancelled all their check-ups despite many suffering symptoms of the virus.

It has also barred Palestinian prisoners' legal representatives from direct communication only allowing them to contact their clients over the phone, which leaves them unable to accurately assess the health and safety of the detainees.

Cases have been reported of prisoners being denied access to cleaning products and asked to use socks as face masks. This is in addition to canteens in Israeli prisons having stopped supplying a total of 140 products, including vital cleaning supplies.

Director of the Prisoners' Centre for Studies, Raafat Hamdouna, said that the Israeli policy of medical negligence is composed of four elements: intentional lack of proper medical examination, lack of proper medicines, lack of laboratory tests and postponing urgent surgeries.

He added that the Israeli authorities prevent the Palestinian Ministry of Health from dispatching medicines to Palestinian prisoners.

As alarm grows over the danger the virus poses to prisoners, many have forgotten the torture and lack of medical care which have been killing Palestinian detainees since 1967.

READ: The coronavirus pandemic is a test of our humanity, morality and solidarity

Since then, at least 222 Palestinian prisoners have died in Israeli prisons; at least 65 as a result of a lack of medical care, according to the Palestinian Prisoners' Club.

Late last year, political prisoner Sami Abu Diak died of terminal cancer and suffered from renal and pulmonary failure while in detention. The poor and inhumane prison conditions and deliberate medical negligence resulted in the spread of tumours in the 36-year-old's body.

Abu Diak underwent various surgeries and suffered a number of complications, however, Israeli occupation authorities refused to release him on humanitarian grounds.

Those who survive the often decades of detention live their lives with protracted illnesses that accompany them forever. It's slow murder.

Precautions to protect the lives of the prisoners were never taken prior to the highly contagious disease. Is it really so shocking that nothing has changed?

For decades, Palestinians have lost their lives as a result of medical negligence in prisons, while the Prisoners Affairs Commission explained that 95 per cent of detainees are subjected to torture from the moment of their arrest.

This continues during interrogation and even after prisoners are placed in detention centres.

Instead of accessing treatment in hospital, many are often held in solitary confinement.

Misdiagnoses are common, Ehteram Ghazawneh, the coordinator of the documentation and research unit at Addameer, noted. This delays prisoners' access to the necessary treatment and, in many cases, results in death, he explained.

Prisoners have said they plan to take action against their detention condition; this often means they launch open hunger strikes, which leave them weakened and more susceptible to disease.

The absence of IPS health measures to protect Palestinian prisoners during the global pandemic makes it ever more clear that Israel seeks to take advantage of the deadly virus to rid it of its Palestinian problem.

While the world is preoccupied with trying to cope with the fast spreading, deadly coronavirus, Palestinians continue to battle to survive under a reality that has left them not only prisoners to the occupation but also susceptible to illnesses that would have been treatable, if only they were Israeli.