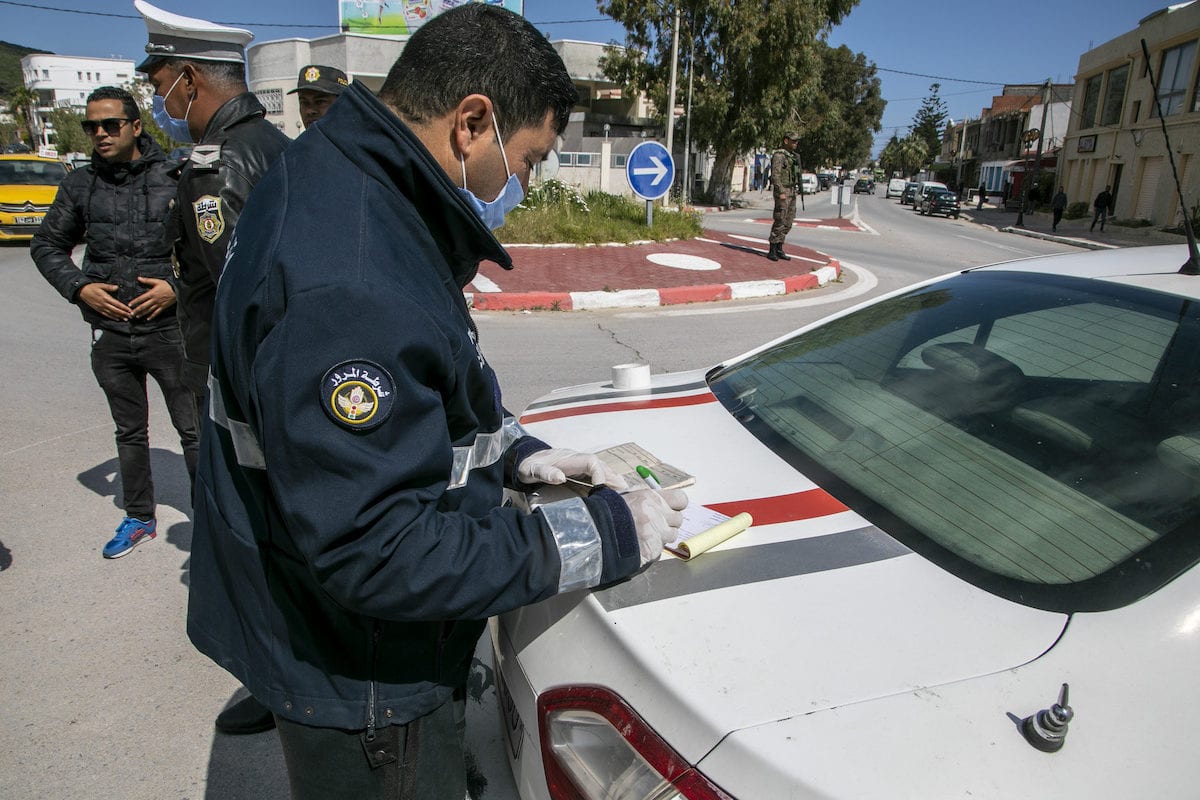 Tunisian security forces warn people as they take security measures after a partial curfew declaration on March 18, within precautions against coronavirus (COVID-19) in Bizerte region of Tunis, Tunisia on March 28, 2020 [Nacer Talel - Anadolu Agency]
May 1, 2020 at 5:16 am

The Tunisian authorities have decided to allow remote judicial trials to maintain social distancing, in order to prevent the spread of the coronavirus, according to a decree published by the Official Gazette of the Republic of Tunisia on Thursday.

The decree provides for the addition of a chapter to the Code of Criminal Procedure, through which the court can decide, on its own initiative or at the request of the public prosecutor or the defendant, the imprisoned defendant's attendance of the trial sessions and the pronouncement of the verdict issued using audiovisual means of communication.

The decree also requires that the matter be put forward to the Public Prosecution to issue an opinion, and that it be with the consent of the defendant.

The decree also stipulates that in the event of serious danger, or for the purpose of preventing a communicable disease, the court may decide to implement this procedure, without the approval of the imprisoned defendant.

READ: Tunisia extends state of emergency for an additional month

According to the same chapter: "The imprisoned defendant, whose trial is run using audiovisual means of communication, is entitled to all guarantees of a fair trial, and whose trial is conducted with the same applied procedures and legal effects in the case where the accused person personally attends the courtroom."

Since 22 March, the Tunisian authorities imposed comprehensive quarantine measures, suspended the work of the courts and prevented public gatherings, after closing the borders, to avoid the spread of the virus.

On Wednesday, the authorities announced the start of easing quarantine measures, starting next Monday, as part of a gradual strategy.

The strategy is based on the principle of gradual and staged opening of some economic sectors and service activities.

The Ministry of Health announced on Wednesday that the number of coronavirus infected cases has risen to 980 people, including 294 recoveries and 40 deaths.