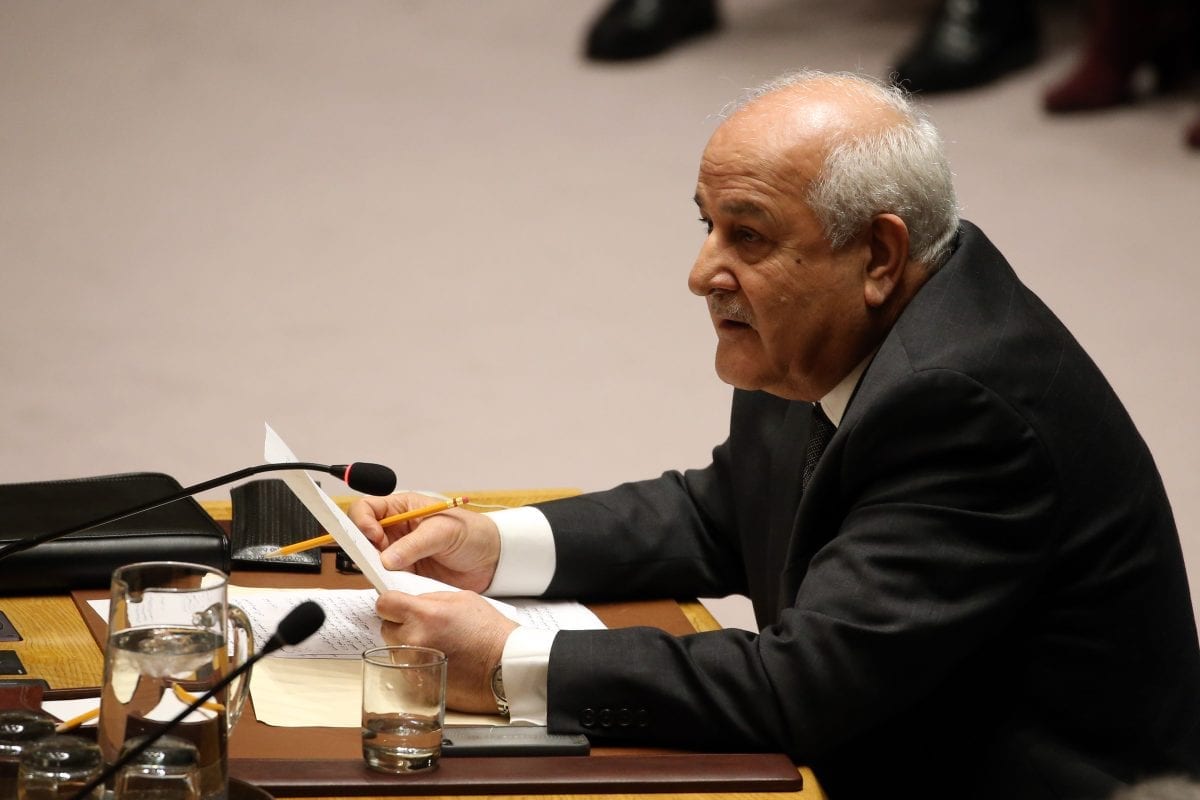 Permanent Observer for the State of Palestine to the United Nations Riyad Mansour addresses the UN Security Council New York, US on 18 December 2017 [Mohammed Elshamy/Anadolu Agency]
May 7, 2020 at 10:47 am

The London-based newspaper reported that the Committee on the Exercise of the Inalienable Rights of the Palestinian People (CEIRPP) slammed the Israeli annexation plan as a "flagrant violation of international law".

Mansour spoke with Guterres asking him to exert all efforts to prevent Israel from carrying out its plan.

The PA's envoy reiterated the Palestinian position which rejects the Israeli annexation plan, stressing that such measures damage all chances of peace.

He also called for the UN Security Council to intensify its efforts in preserving international safety and security, as well as to bear its responsibility towards the Palestinian cause.

The Israeli government yesterday stepped up settlement building in the occupied Palestinian territories ahead of a US-backed plan to annex parts of the West Bank in July.

READ: The world must halt Israel's annexation and reverse its colonisation of Palestine