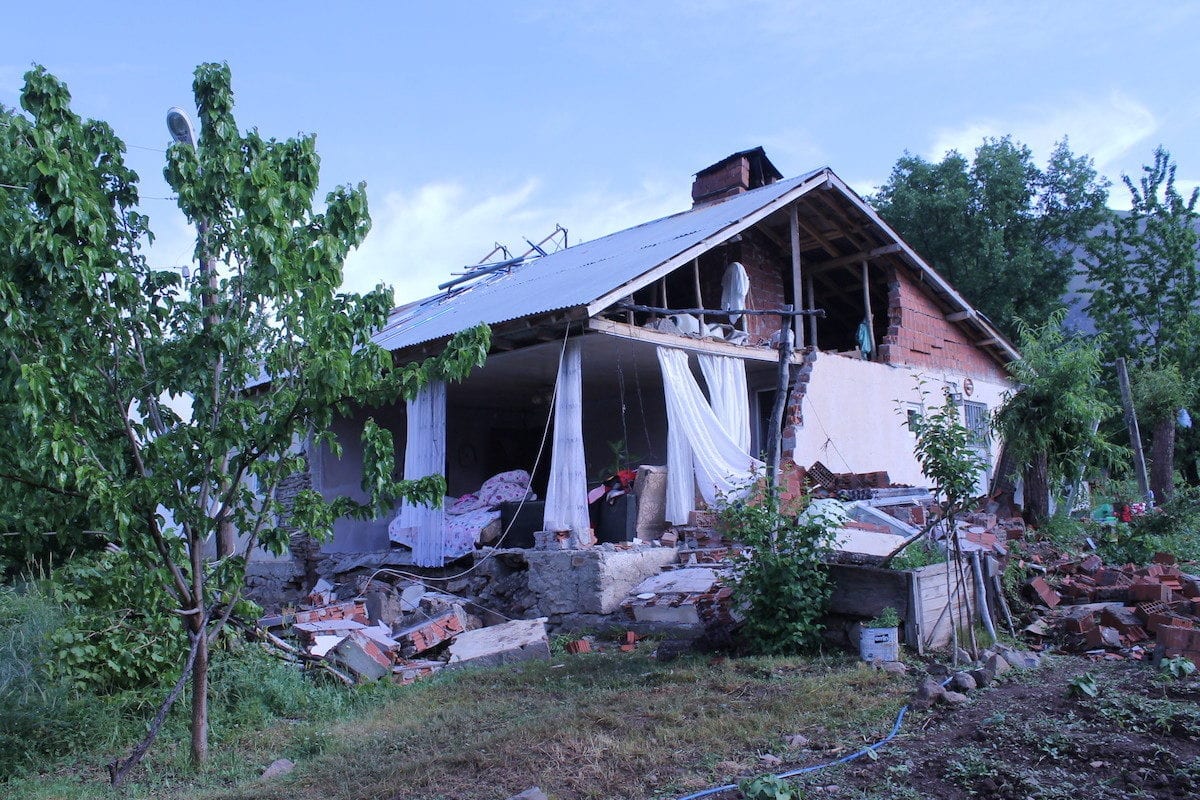 One person was killed and 18 were injured when a 5.7-magnitude earthquake hit Turkey's Bingol province on Sunday, the Interior Ministry has announced. The quake led to the collapse of a military observation tower, reported Anadolu.

Interior Minister Suleyman Soylu said that 10 homes were partially damaged in the villages of Elmali and Dinarbey villages in Yedisu district. Damage assessment is being carried out by around 180 officials in 90 teams.

"We are always with our citizens," explained Minister of Environment and Urbanisation Murat Kurum. "We will heal the wounds together. We have actually initiated our damage assessment works in Bingol with staff from the ministry. Our damage assessment vehicles, mobile laboratory and caravans were directed to the region to participate in the rescue operations."

A message of support was sent to the area earlier today by President Recep Tayyip Erdogan. He wished all of the victims a speedy recovery.

Turkey is located in an earthquake zone. In January, at least 41 people were killed and 1,607 others were injured after a massive earthquake with a magnitude of 6.8 on the Richter scale rocked the province of Elazig.