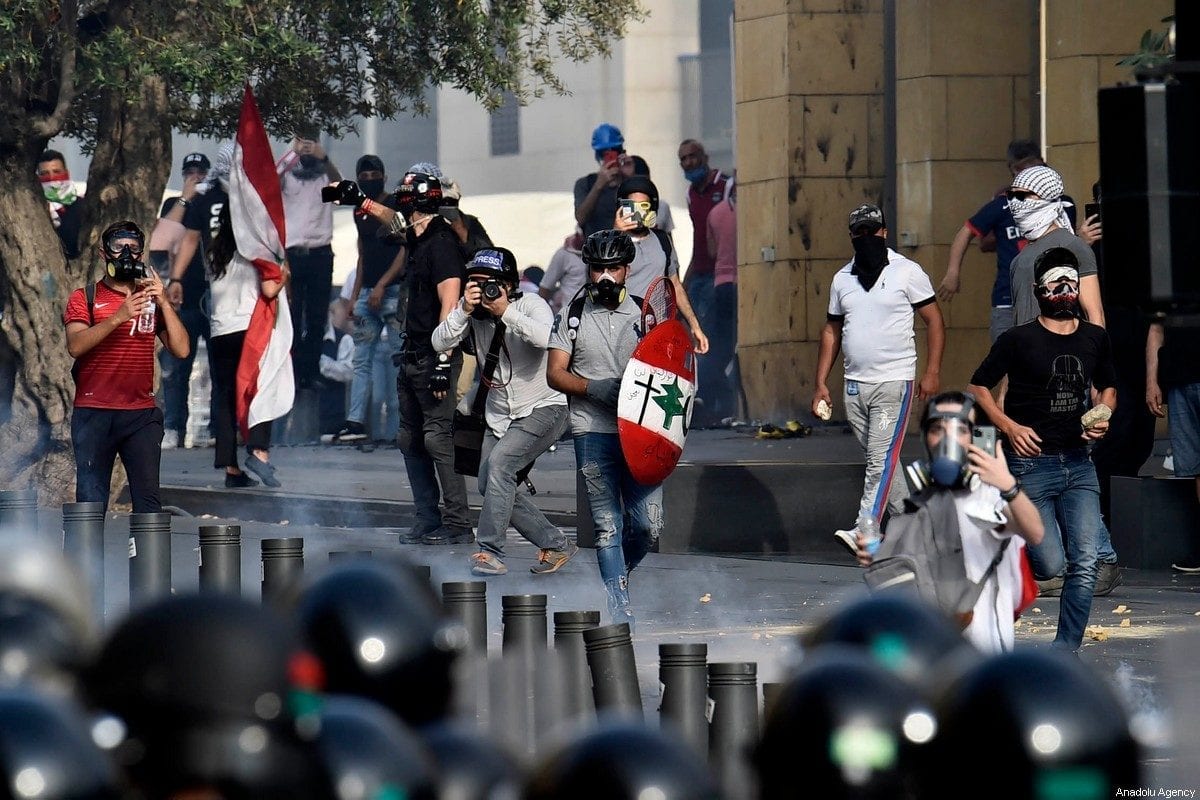 Thousands of people gather at Martyrs' Square during an anti government demonstration and to protest against economic crisis and high cost of living on 6 June 2020 in Beirut, Lebanon. [Hussam Chbaro - Anadolu Agency]
July 15, 2020 at 8:00 pm

Lebanon hiked the cost of rides in shared taxis and buses by 50% on Wednesday, the first rise in nearly a decade, reflecting soaring prices in a country hit by a financial meltdown, Reuters reports.

Public transport drivers had called for fares to be raised after a fall of nearly 80% in the local currency since late last year that has slashed jobs and pushed many into poverty.

"Nothing is cheap anymore," said cab driver Saad Elias, who welcomed the price hike. "And if your car gets broken, you can't fix it."

The fee for shared taxis — known as "service" in Beirut — went up from 2,000 to 3,000 Lebanese pounds, Transport Minister Michel Najjar said. The new price is about 0.37 U.S. dollars based on the exchange rate on the informal market.

Kassem al-Sailami, a 53-year-old driver, worried the higher price would drive customers away. "People don't even have 3,000 LBP. They're not working."

Sailami, a father of four, said some now chose walking overpaying for transport.

On his daily commute between Beirut and Tripoli city in the north, Issam Nasser, 37, has started walking the last stretch home to save some money.

"It's the driver's right (to be paid more), everything costs him more now. On the other hand … people are suffering like him too," he said. "So we're screwed from all sides."

While the cost of fuel — subsidised by the Lebanese state — has not changed, drivers say they have suffered losses because of the rising cost of repairs, on top of rocketing food prices in the import-dependent country.

The government announced this month a list of around 300 basic goods to be subsidised by the central bank. The official currency peg of 1,507.5 remains available only to importers of fuel, wheat and medicine.