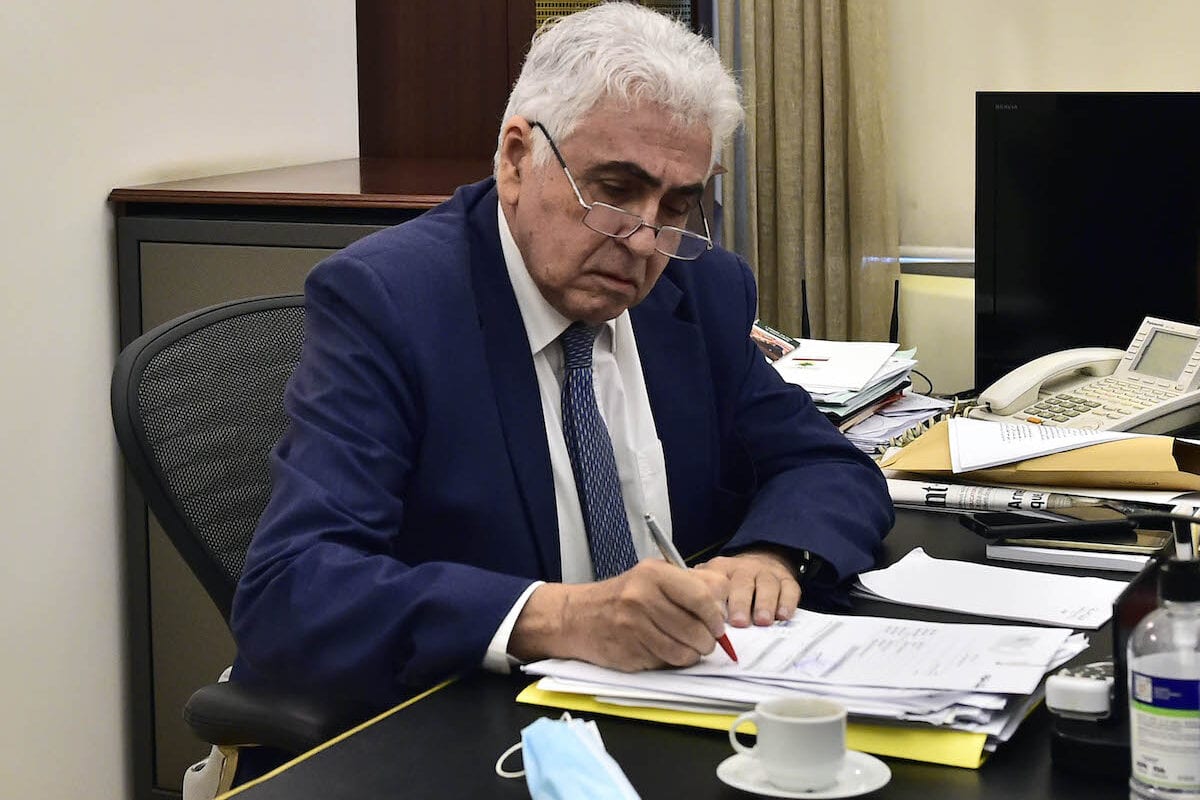 Lebanese Foreign Minister Nassif Hitti speaks to press after he submitted his resignation to the Prime Minister Hassan Diab at his office in the capital Beirut, on August 3, 2020 [Houssam Shbaro - Anadolu Agency]
August 10, 2020 at 12:22 pm

Eleven Lebanese politicians, including three government ministers, have resigned in the wake of the lethal explosion in Beirut's port last week.

The explosion, which was caused by 2,750 tonnes of ammonium nitrate, killed at least 160 and wounded thousands more. Hundreds are still considered missing, including most of the ten-strong team of firefighters sent to tackle the initial blaze before the explosion.

Thousands of angry Lebanese have taken to the streets in the days since the explosion calling on the government to step down, leading to resignations.

"After the enormous Beirut catastrophe, I announce my resignation from government," Abdel Samad said in a televised statement.

Adding, "given the magnitude of the catastrophe caused by the Beirut earthquake that shook the nation and hurt our hearts and minds, and in respect for the martyrs, and the pains of the wounded, missing and displaced, and in response to the public will for change, I resign from the government," Associated Press (AP) reported.

Kattar, who is reportedly a close adviser to the prime minister, resigned later yesterday, calling the political system "old" and claiming politicians "had missed many opportunities" to reform.

Meanwhile, Minister for Justice, Marie-Claude Najm, has become the latest cabinet member to tender her resignation, after she stepped down this morning ahead of a government meeting.

Under Lebanese law, if a third of the cabinet resigns, the government becomes a caretaker administration, pending elections.

Al Arabiya reported that Dima Jamali, an MP from the Future Movement party, plans to submit her resignation today, with potential for other members of the bloc to consider doing the same.

Meanwhile, Lebanon's Minister of the Interior, Mohammed Fahmi, threatened on Friday to resign if the names of those responsible for Tuesday's explosion are not published at the end of the five-day investigation deadline, Al-Joumhouria reported.

Fahmi told the daily, "maximum punishments must be taken against the perpetrators, or I go home… there is no compromise on this issue."

The wave of resignations comes after Tracy Chamoun, Lebanon's former ambassador to Jordan, resigned her post as envoy during a televised interview last week claiming she could "no longer tolerate" the government's bureaucratic failings.

Chamoun called on other politicians to step down, saying "the least that those in power can do today, after what happened, is to resign".