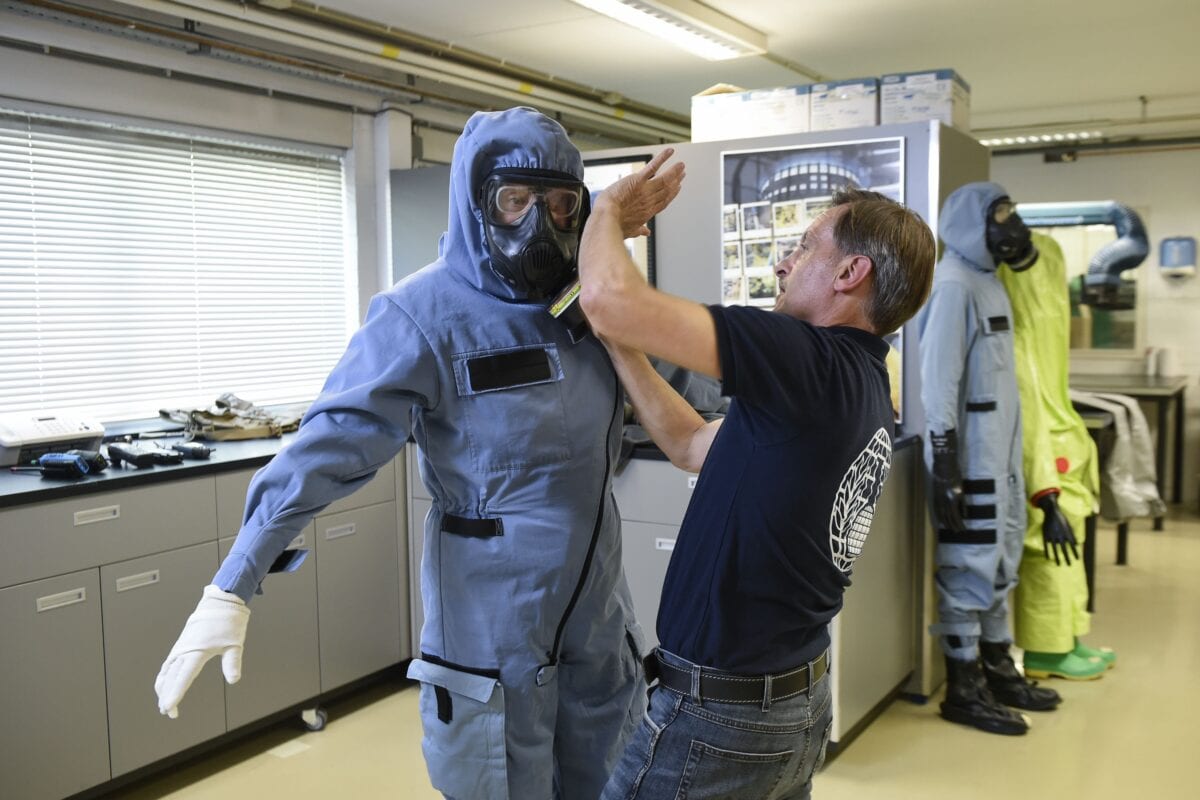 A man tries on safety equipment during a simulation at the OPCW (The Organisation for the Prohibition of Chemical Weapons) headquarters in The Hague, The Netherlands, on April 20, 2017 [JOHN THYS/AFP via Getty Images]
October 4, 2020 at 1:13 pm

The global chemical weapons watchdog on Friday said it had been unable to determine whether banned toxic agents had been used in attacks on two Syrian towns in 2016 and 2018 that injured dozens of people, reports Reuters.

The Organisation for the Prohibition of Chemical Weapons (OPCW) said that sample analysis, data examination and witness interviews had not enabled it to establish whether poisonous munitions had been used on November 24, 2018, in northwest Aleppo, or in Saraqib, in Idlib governorate, on August 1, 2016.

The Syrian conflict has caused deep political division at the once-technical OPCW in The Hague. Damascus, backed by its military ally Russia, rejects Western accusations of chemical weapon use, which have led to military intervention by the United States, Britain and France.

The OPCW, established to oversee the 1997 Chemical Weapons Convention, concluded in a report in April that Syrian Air Force airplanes and helicopters had dropped bombs containing poisonous chlorine and sarin nerve gas on a village in the western Hama region in March 2017.

Opinion: One chemical weapons report should not whitewash a decade of Assad's crimes

Between 2015 and 2017, a joint United Nations-OPCW team known as the Joint Investigative Mechanism (JIM) found that Syrian government troops had used the nerve agent sarin and chlorine barrel bombs on several occasions, while Islamic State militants were found to have used sulphur mustard.