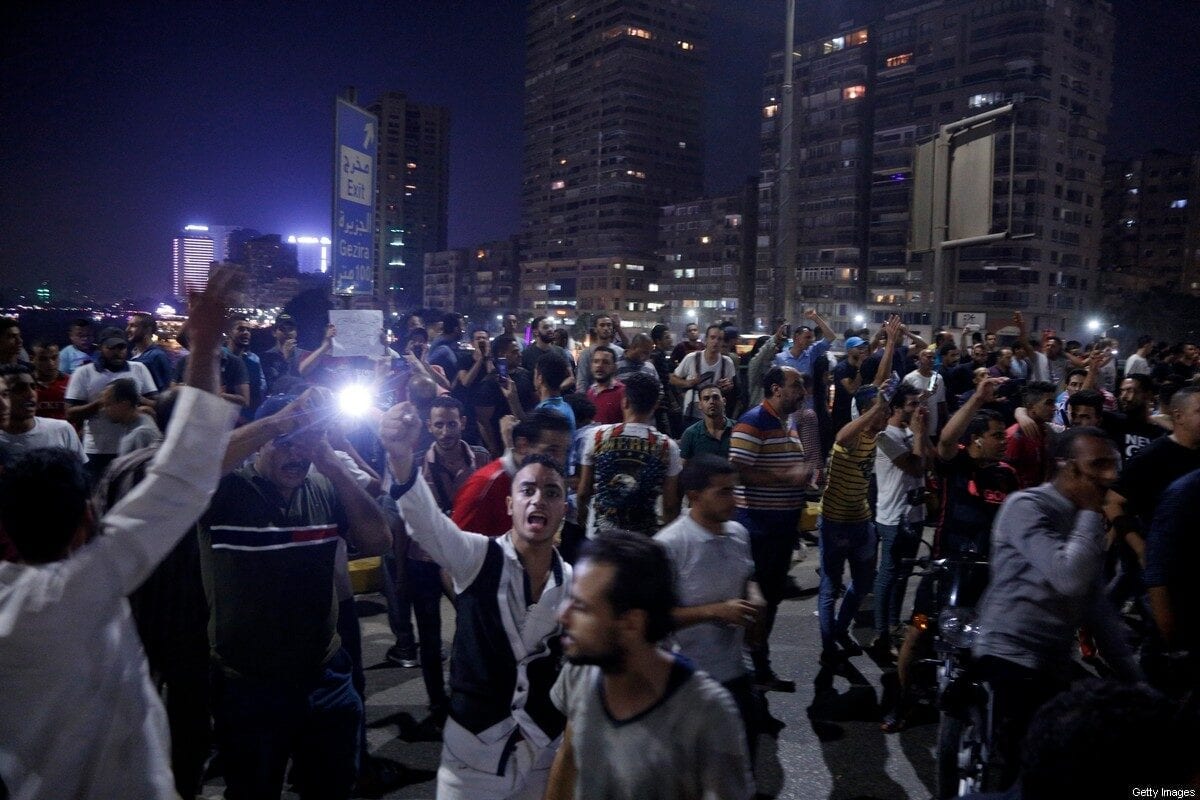 Egyptian protesters shout slogans as they take part in a protest calling for the removal of President Abdel Fattah Al-Sisi in Cairo, Egypt on 20 September 2019 [STR/AFP/Getty Images]
October 6, 2020 at 1:04 pm

Despite the ongoing protests in Egypt in part against the government's widespread house demolitions, hundreds of thousands of Egyptians are still at risk of being made homeless.

The government has stipulated residents must pay a down payment for reconciliation if their houses are constructed "illegally", to prevent them from being demolished under the Reconciliation Law on Building Violations.

They say it is part of a crackdown on illegal buildings that violate safety standards, whilst critics accuse them of raising funds and being part of a plan to gentrify the country.

Egyptians protested outside government buildings demanding compensation for their losses after thousands found themselves homeless and sleeping in tents where their houses once stood.

Others challenged and blocked authorities entering their towns and villages to demolish their homes.

Some residents have borrowed money so they can complete the reconciliation process, yet others are simply not able to pay. Thousands of residential buildings have been demolished over the past several weeks.

Since 20 September Egyptians have been demonstrating against the ruling regime because soaring living costs have made the country uninhabitable.

Facing the threat of having your house demolished compounds an already dire situation following years of economic austerity, high prices and the effects of the global coronavirus pandemic.

At one point, the government appeared to retreat in the face of protesters and announced it was extending the reconciliation period for another month and promised not to demolish any more homes.

But authorities have continued to arrest protesters and threatened to send the army into villages to raze their homes because not enough residents were coming forward to regularise their properties.

They have also demolished homes before the declared deadline.