Iraq will take security measures to protect diplomats in Baghdad 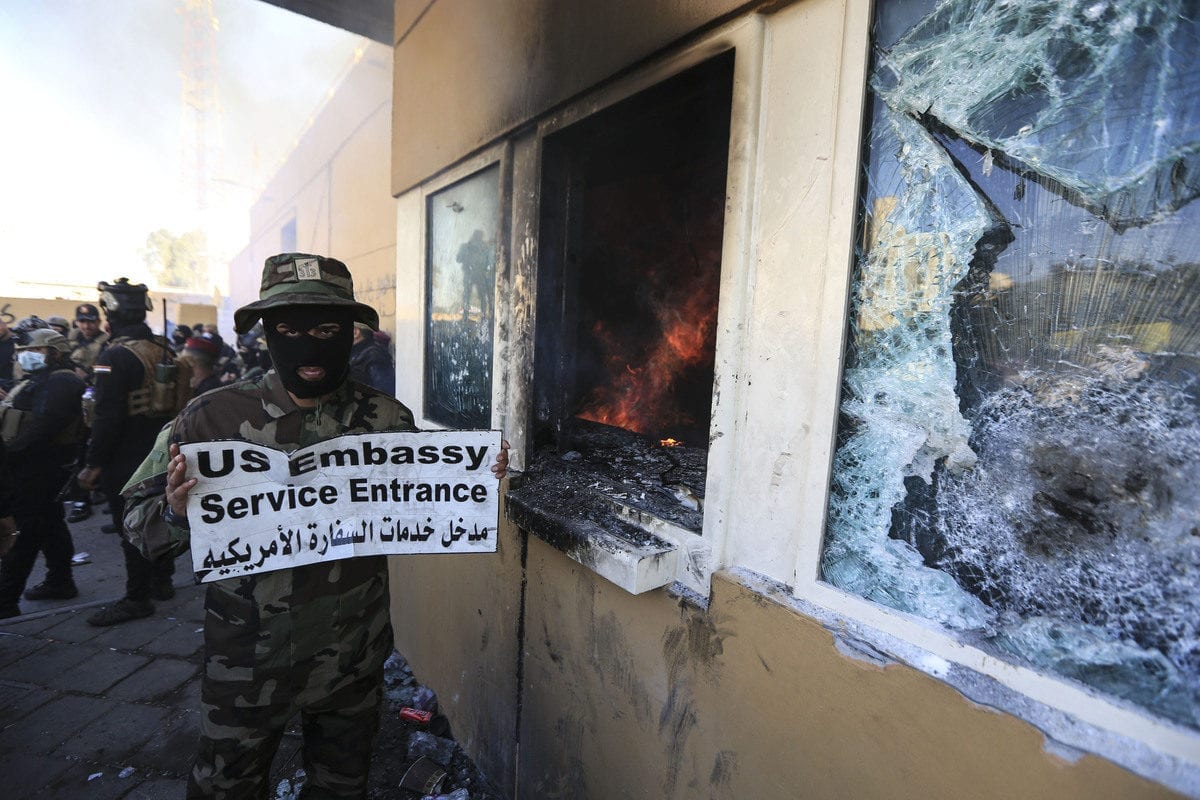 Outraged Iraqi protesters storm the US Embassy in Baghdad, Iraq on 31 December 2019 [Murtadha Sudani/Anadolu Agency]
October 6, 2020 at 11:05 am

Satellite station Alsumaria TV quoted the Foreign Ministry as saying in a statement that the US Secretary of State, Mike Pompeo, had contacted his Iraqi counterpart, Fuad Hussein, "to express his concerns about Washington's intention to shut its embassy in the capital city of Baghdad."

During the call, Hussein pointed to his government's concerns about the US' warning that it "may lead to results that are neither in the interest of Iraq or the US."

He stressed that his government has taken a "number of security, political and diplomatic measures to stop the attacks on the Green Zone and the Baghdad airport," pledging "tangible positive results in the near future."

The US has threatened to close its diplomatic mission in Baghdad's Green Zone after it was recently targeted a number of times with Katyusha rockets. In recent weeks rocket attacks near the embassy have increased and roadside bombs targeted convoys carrying equipment to the US-led military coalition. One roadside attack hit a British convoy in Baghdad, the first of its kind against Western diplomats in Iraq for years.

Washington blames such attacks on Iranian-backed militia groups. Iran has not directly commented on the incidents but groups believed to be connected to Iran-aligned militias have claimed responsibility for some attacks.