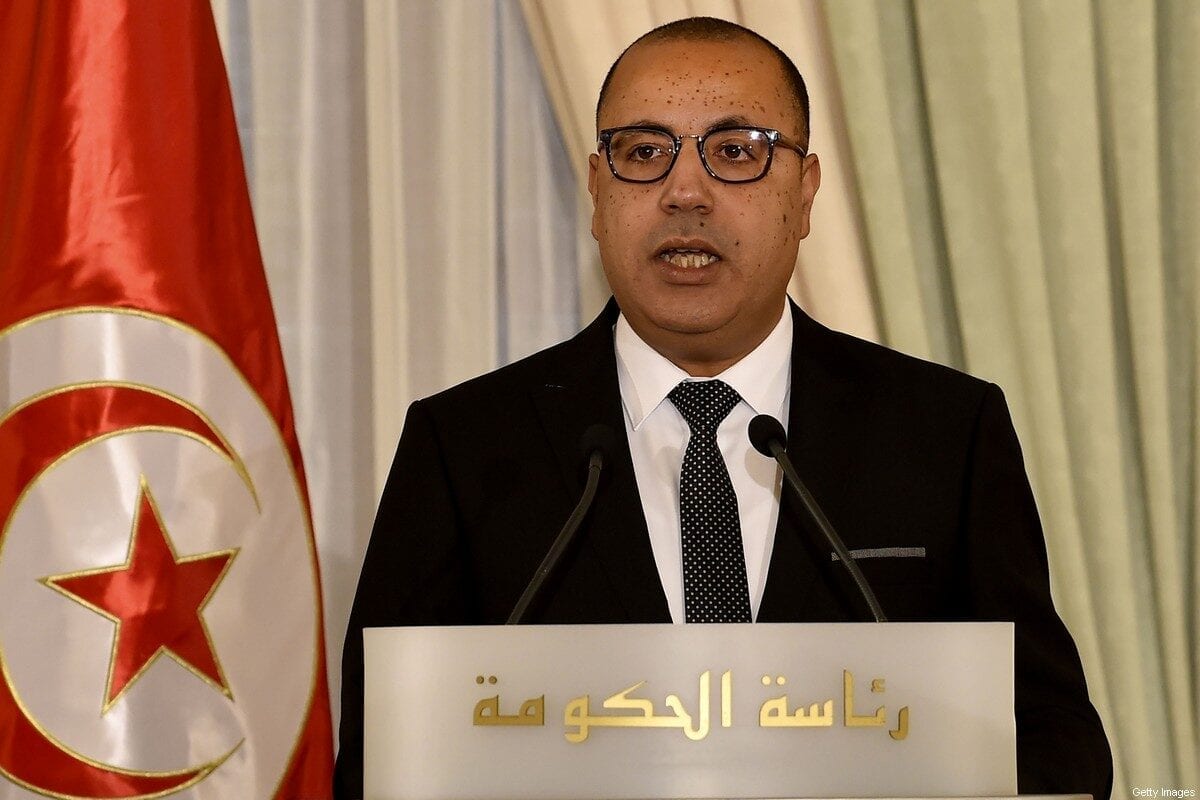 Tunisia's new Prime Minister Hichem Mechichi speaks during a government handover ceremony in Carthage on the eastern outskirts of the capital Tunis on September 3, 2020. [FETHI BELAID/AFP via Getty Images]
October 20, 2020 at 5:07 pm

Tunisian Prime Minister Hichem Mechichi said on Sunday that his country is undergoing a critical financial situation as a result of the ongoing stifling crisis which has led to a reduction in the 2021 budget. Mechichi told national television that his government relies on building trust with its economic partners and donors by presenting the real numbers without concealing any facts.

The Tunisian government expects to record a deficit of 14 per cent in its 2020 budget, compared to 3 per cent deficit based on estimates made at the beginning of the year. The deficit has been attributed to the repercussions of the coronavirus crisis.

The authorities in Tunis seek to reduce this deficit to 7.3 per cent next year, according to the estimates of the draft finance law for 2021. The government presented this to parliament for discussion and approval last Thursday.

Mechichi added that the state policy in drafting the 2021 budget bill depends on fiscal reforms, initiating a reform track and providing the necessary resources for donors to mobilise state resources. He stressed that the state will not engage in commitments beyond its reach with economic partners and civil society parties.

The prime minister indicated that the economic situation in Tunisia is exceptional, so exceptional solutions and approaches outside the norm have to be found to solve the crisis.

Mechichi, who took office on 2 September, denied that there is any tension between his government and President Kais Saied. He explained that their relationship is governed by the constitution that defines the powers of each party. "We work within the framework of the law," he insisted.