Beirut: Syria refugee sets himself on fire in front of UN office 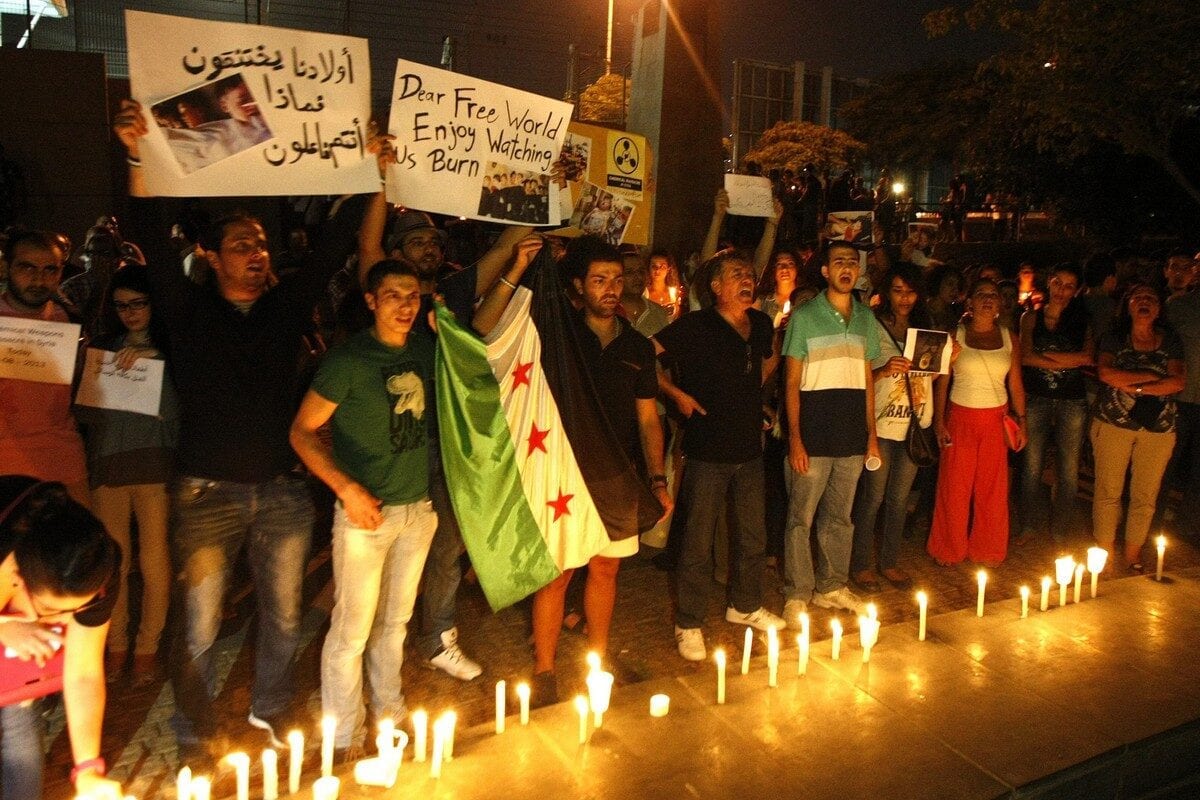 Protest against the Assad Regime outside the UN headquarters in Beirut, Lebanon on 21 August 2013 [STR/AFP/Getty Images]
November 5, 2020 at 3:25 pm

A Syrian refugee in Lebanon set himself ablaze outside the Beirut headquarters of the UN's refugee agency on Thursday, a spokesman for the organization told AFP.

"In a tragic incident this morning, a Syrian refugee registered with UNHCR tried to self-immolate by setting himself on fire near the organization's Reception center in Beirut," UNHCR said in an emailed statement.

Video clips circulated on social media showing the man about to set himself ablaze in front of a UN office in the Bir Hassan area.

People rushed to extinguish the flames and took him to hospital.

Lebanon's Internal Security Forces told AFP that the 58-year-old had taken the action because he could not afford medical treatment for his sick daughter.

The man is said to be in a stable condition in the Rafic Hariri Hospital.

Lebanon hosts between 1.5 and two million Syrian refugees, with only one million of them officially registered with the United Nations (UN), leaving hundreds of thousands potentially unable to get appropriate healthcare.

The former Health Minister Hamad Hasan said the responsibility for refugee health care should be shared by the Lebanese government and by UN agencies, which currently subsidise the costs of basic care.

Hasan has criticised the international community for being slow to respond to the crisis and help countries, such as Lebanon, which host large numbers of refugees.